Dog Has A Howling Good Time Watching His Favorite Movie

Does your dog have a favorite movie?

Maybe they have more than one. Some dogs love to watch television, especially when other animals are on. It is a favorite pastime for humans and may be for some dogs, especially if their favorite movie is on.

Zeus, an English mastiff puppy, has a favorite movie full of animals, The Jungle Book. The sights and sounds draw him in, and he cannot take his eyes off the screen.

When he hears an animal noise, he tilts his head to the left and right. Then he will start to whine a little. Eventually, he will start to howl as the movie progresses further into the jungle and he encounters his favorite animal. 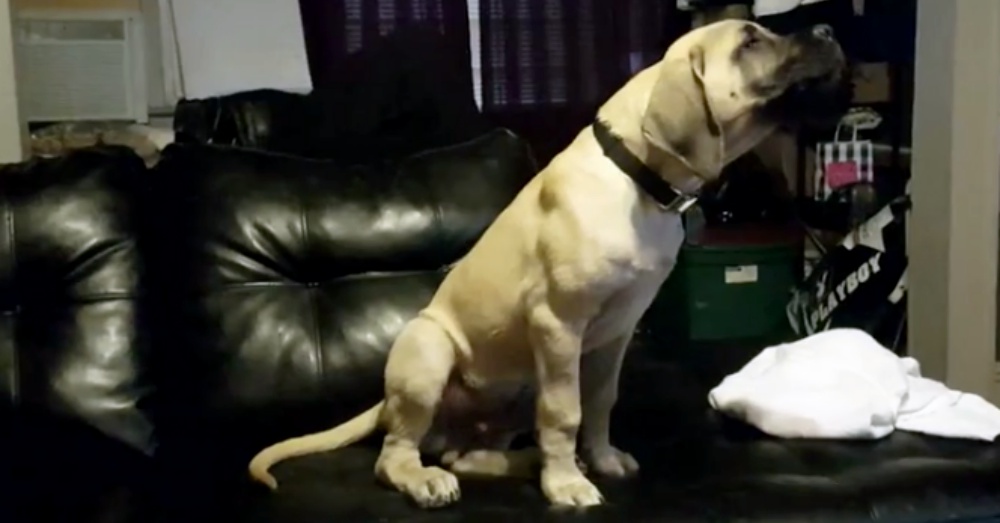 Zeus is tapping into his native roots by howling with the wolf pack in the movie. It is arguably his favorite part, or at least the part he is most vocal for.

Just like us, even though he has seen his favorite movie a hundred times, he loves watching it each time. He even knows the movie by heart. When “the law of the jungle” is recited, he knows that it is almost time to join the wolf pack for a howl.

Zeus is a sweet puppy that likes to live on the wild side by joining the wolf pack in his favorite movie. It is a magical movie that is number one to thousands of kids and Zeus.

Sit back and hit play to see how Zeus goes wild for his favorite movie.

Watch the video below.