This Beagle Plays Dead To Keep His Humans From Leaving Home

People play possum, or play dead, for all sorts of reasons, ranging from something as trivial as not wanting to answer the door to fending off a potential bear attack. However, it was more recently that one Scottish family found that their six-year-old Beagle, Flash, had also adopted this famed marsupial behavior.

When his owners moved towards the door, Flash would instantly drop dead at their feet, blocking their pathway. Nor was this a one-time stunt. Every time Flash’s owners tried to leave the house, the six-year-old dog would instantly play possum, as if hoping to force his humans to reconsider whether or not they truly wanted to leave. 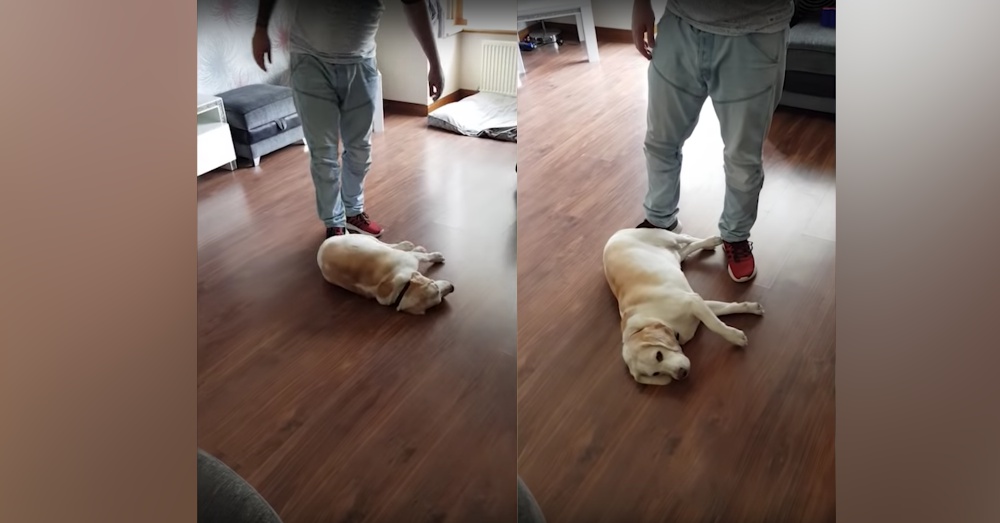 The only weak point in Flash’s plan is his medium-sized build, which allows his owners to easily pick him up and set him back on four feet. Regardless, the dog’s flair for dramatics has won the Internet’s heart, which is something else Beagles are prone to do.

Watch Flash’s hilarious antics in the video below!