Bullmastiffs aren’t small dogs by any stretch of the imagination. That’s what makes it all the more memorable when this one welcomes home his best friend and Army recruit Jason Floyd.

Floyd, 19, returned home from Army basic training to find Jaxson eagerly awaiting his arrival. The 160-pound dog wasted no time in covering his owner with loving kisses, and climbing all over him!

“It was very heartwarming and loving,” Floyd’s mother said. “I was grateful to be able to capture that so we can always have that moment.” 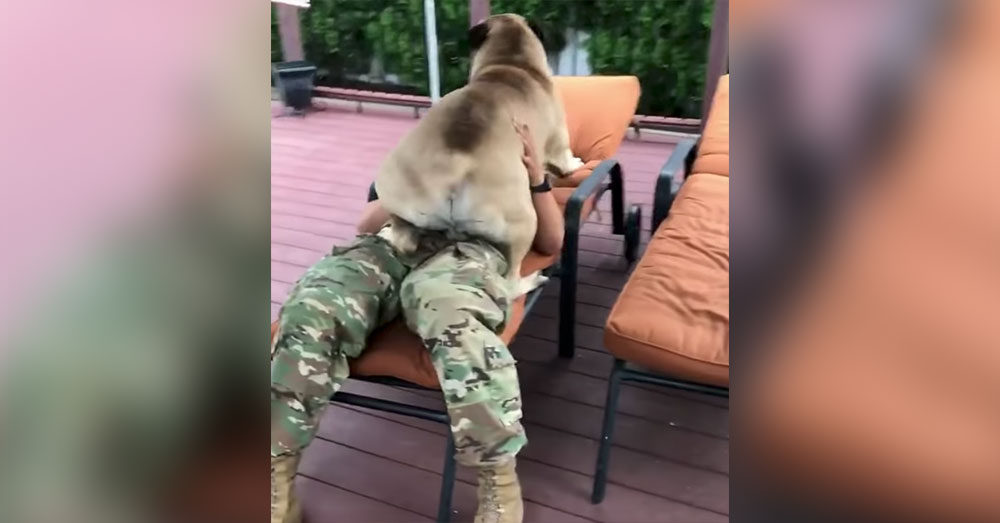 Floyd had spent the previous 3 months at training, while his mother Lisa has been watching Jaxson back home in Rhode Island. According to Dog Heirs, she’s even made pillow cases out of a few of her son’s T-shirts to keep his spirits up while his favorite human is away. 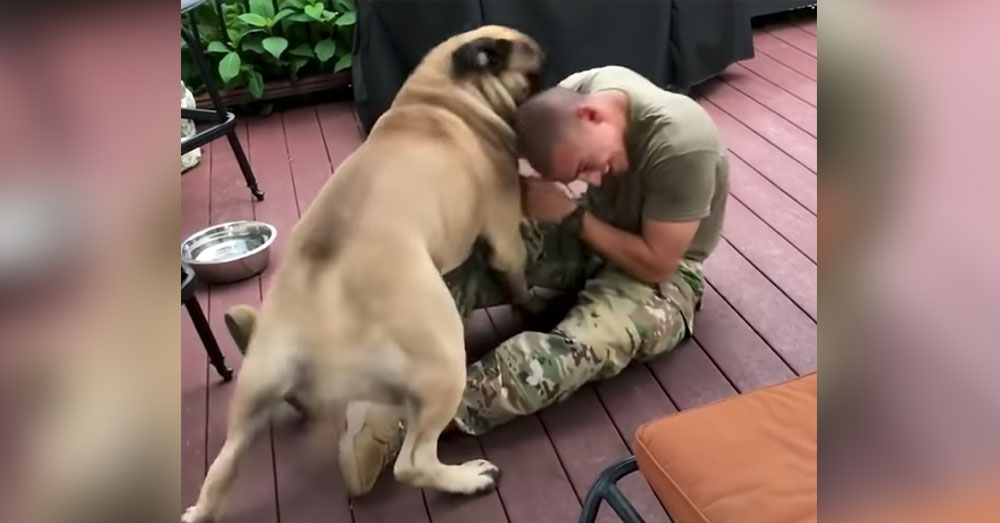 It’s quite obvious that Jaxson missed his human very much. Now 18 months old, he can hardly contain his emotion when Floyd returns.

Watch more of this sweet and slobbery video below!