On duty police dog decided his desire to play was higher than to work. He is not alone, as most of us feel that same way.

The dog is seen racing into the middle of the field of a professional soccer game. The teams had no idea that they were about to be outmatched by a dog. The dog grabbed the soccer ball and took off with it in his mouth.

Players tried to catch the dog, but with no luck. The dog was the fastest player on the field. He zigs and zags to avoid being caught by his handler and players. After a few laps around the field, he headed to the center of the field where the players were. 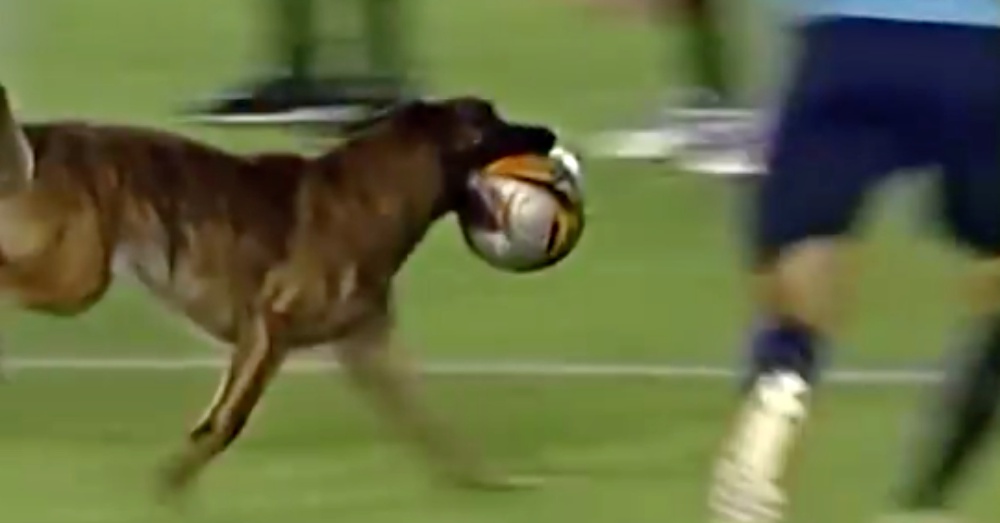 The dog ran through the group of players before one was able to grab and capture him. His handler came running to retrieve the Most Valuable Pup(MVP) from the field. 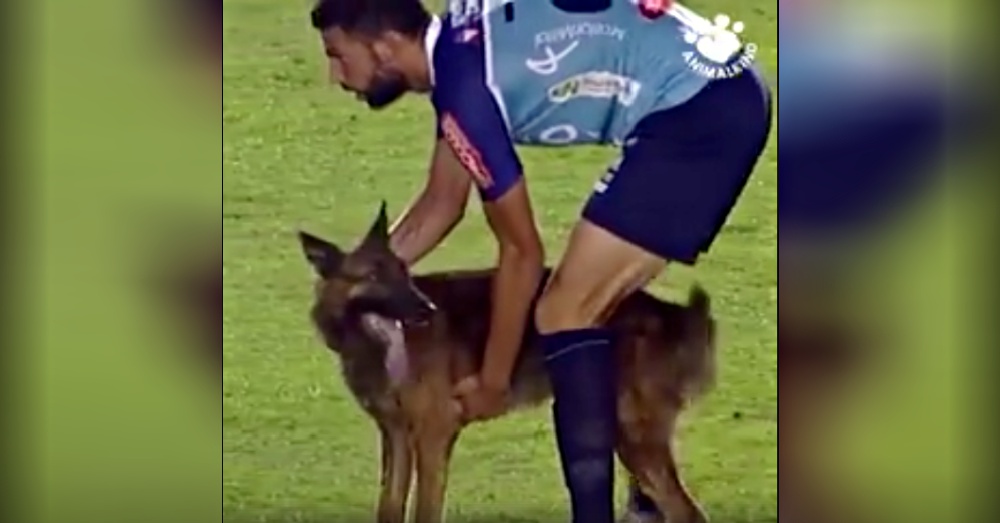 The dog jogged off the field with a smile of satisfaction on his face. He showed those athletes who was ‘top dog’. 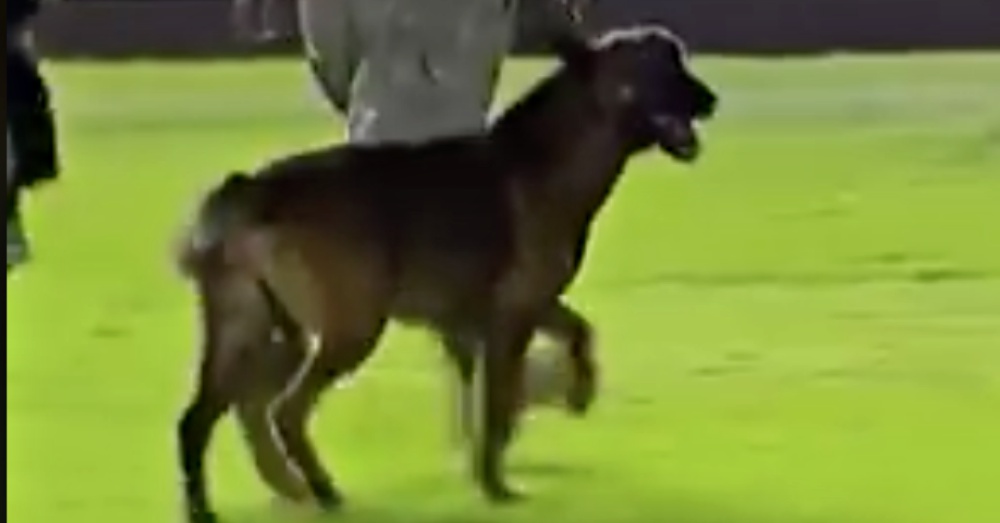 The video has gone viral with over 14 million views. Watch the hilarious video below.

Click ‘next’ for a funny video of a husky talking back to his mom.