After They Rescued A Homeless Dog Off The Streets, She Led Them Straight To Her Newborn Puppy

Many stray dogs are out on the streets of Los Angeles, left to fend for themselves. Many of them are in bad shape, and most aren’t spayed or neutered which results in even more strays on the streets. The need for volunteer rescuers is high in this area.

One day, someone called Hope For Paws, an animal rescue organization, to alert them about a homeless dog that they saw living in a nursery. Rescuer Lisa Arturo went out to find the dog and offered her some food, but she didn’t come forward for it.

The dog was sweet but was very scared, so she hid under a car. Despite her fears, however, she still wagged her tail. The rescue team were finally able to get their leash around her and brought her back to the shelter, where they named her Petunia. 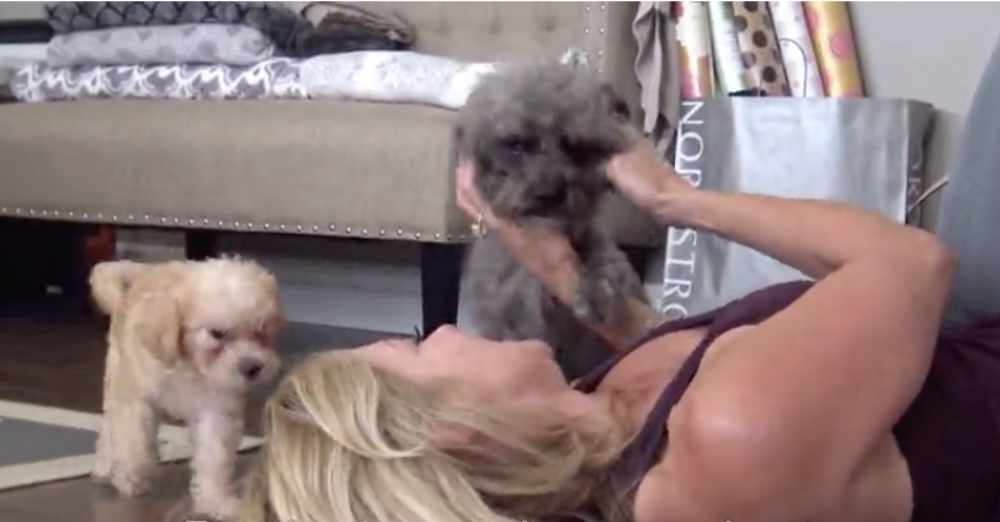 Petunia was lactating, so they knew she had to have puppies somewhere. They took her out for a walk in the hopes of finding her puppies, and, happily, she led them straight to her newborn puppy who was lying on the ground in the leaves. The puppy was only two days old, and they named her Petals.

They thought there might be more puppies, but Petunia just kept taking them right back to where Petals was found. After coming to the conclusion that Petals was the only puppy, they brought them to get checked at the vet and were placed into a foster home. At the foster house was another dog, named Olive, who helped Petunia raise her puppy.

Now they are looking for a forever home! To adopt Petunia and/or Petals, please visit Shelter Hope Pet Shop.

Pet Motel Camera Captures Dog Sneaking Out Of Her Kennel To Comfort 2 Crying Foster Puppies: Click “Next” below!