Billy Norris, a U.S. Marine, was deployed in the country of Georgia when he encountered a stray dog that would change his life.

There are a lot of stray dogs on the streets of Eastern Europe. Norris noticed one dog that seemed to be hurt and in pain. “A bone was sticking out of its foot. It couldn’t use it. It was leaving a blood trail everywhere,” Norris tells Naples Daily News. 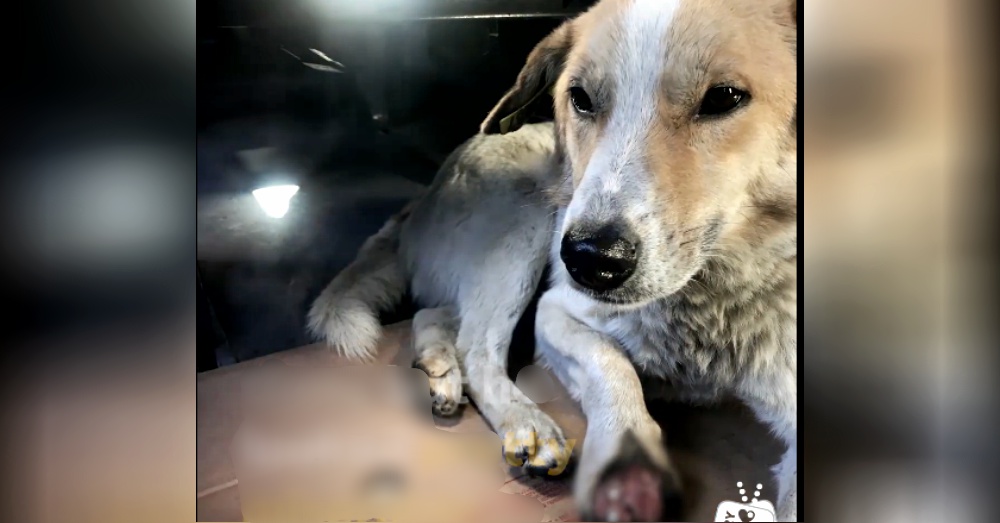 His base was an hour away from where they found the dog. After leaving the dog to return to base, Norris could not stop thinking about the poor dog. That night he told his gunnery sergeant that he was returning the next day to save the dog.

When he returned to the area, he found the dog with minutes. The poor dog was afraid of people and covered in fleas. Norris knew he had to help him, so he scooped him up and brought him to a vet in Tbilsi. The dog was so skinny and looked miserable. Norris decided to name the dog Lucky. 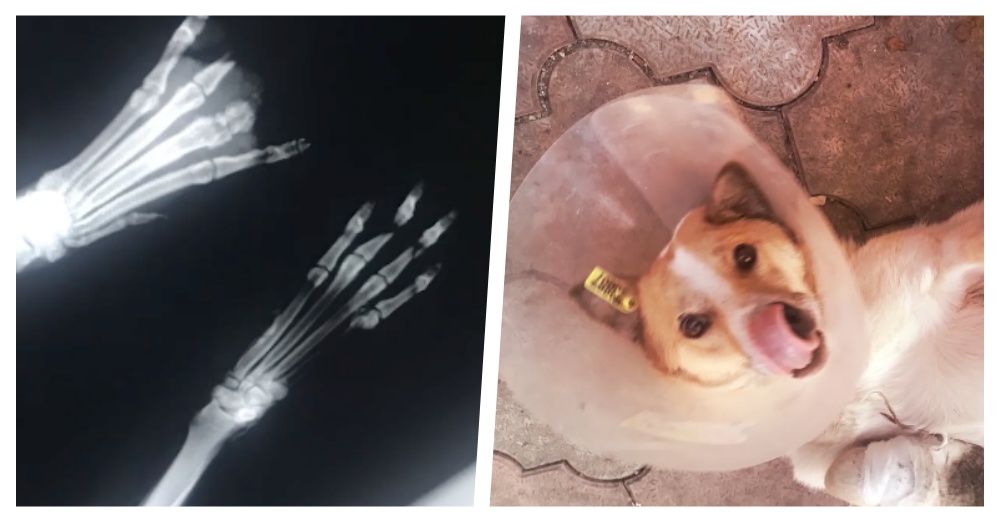 The name came after a vet tech asked what the dog’s name was. “The vet tech kept saying it was a very lucky dog, so I said, ‘That’s it.’ ” The injured front leg needed to be amputated. Lucky recovered with Norris and started to gain weight.

When his tour was complete, he wondered about taking Lucky home to Florida with him. However, he was not able to take him when he left. 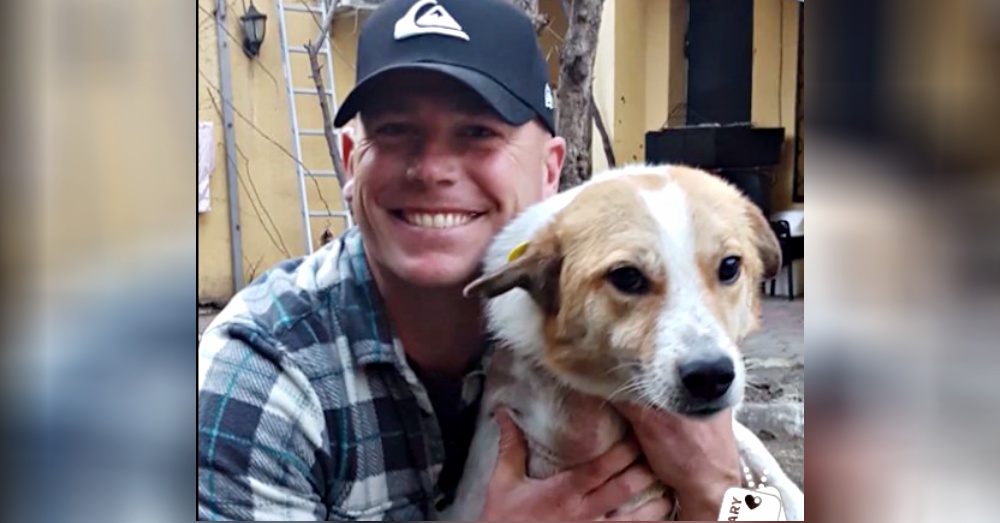 As soon as he returned home, he could not stop thinking about Lucky. He started to raise funds online to bring Lucky home. Finally, he was able to raise enough money thanks to generous people. Lucky was finally coming home! 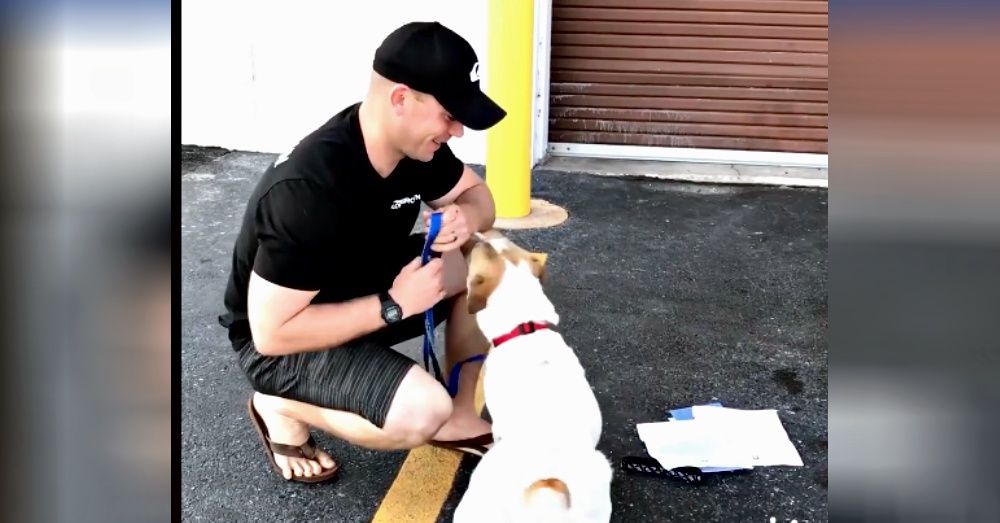 Norris met him at the airport. As soon as he landed, Norris let him out of his crate and exclaimed, “Hey man! Hey! You made it!” Lucky was running around wagging his tail in joy.

Lucky is loving his new life in Florida. He is a happy dog who plays all day with his sister, Rosie. Thank you for saving his life!

Watch the touching reunion below.

Pups For PTSD: Non-Profit Studying Veterans And Dogs: Click “Next” below!