Siberian Husky Talks Back To His Mom In Hilarious Video

If you have every owned or been around a Siberian husky, you know that they have a lot to say. They are very expressive with their voices, and most do as they please. Blu, a defiant Siberian husky, is no different, and when he is scolded for destroying his bed, he howls right back at his mom.

Blu’s mom went out and left him home alone. Before she left, she told him to be a good boy. However, Blu’s definition of good is different from his mother’s. He decides that he is not happy being home alone and takes out his frustration on his bed. 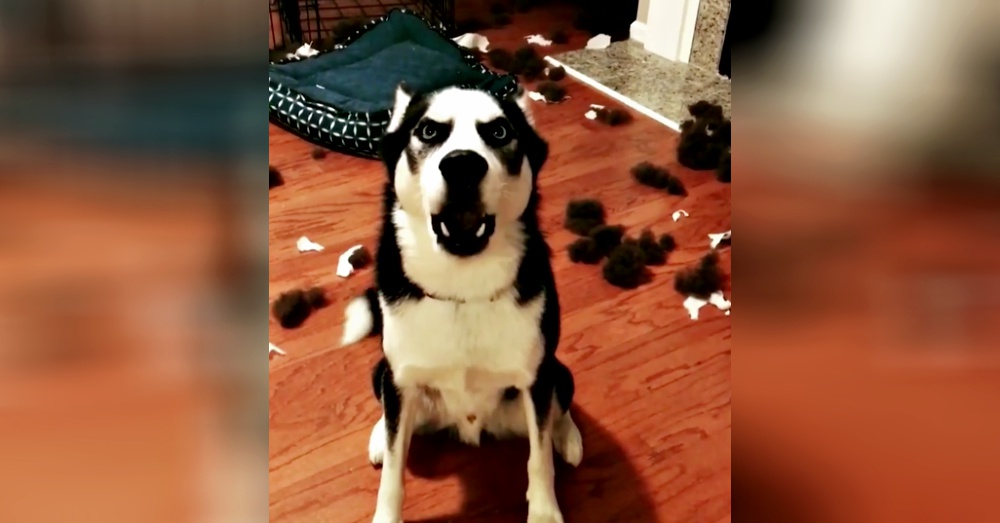 He tears his bed to shreds and then waits for his mom to return home. When she returns and see what Blu has done, his mother starts to scold him. Blu will not stand for a scolding, however, and he starts to howl so loud he drowns his mother out. He acts like a child throwing a tantrum. 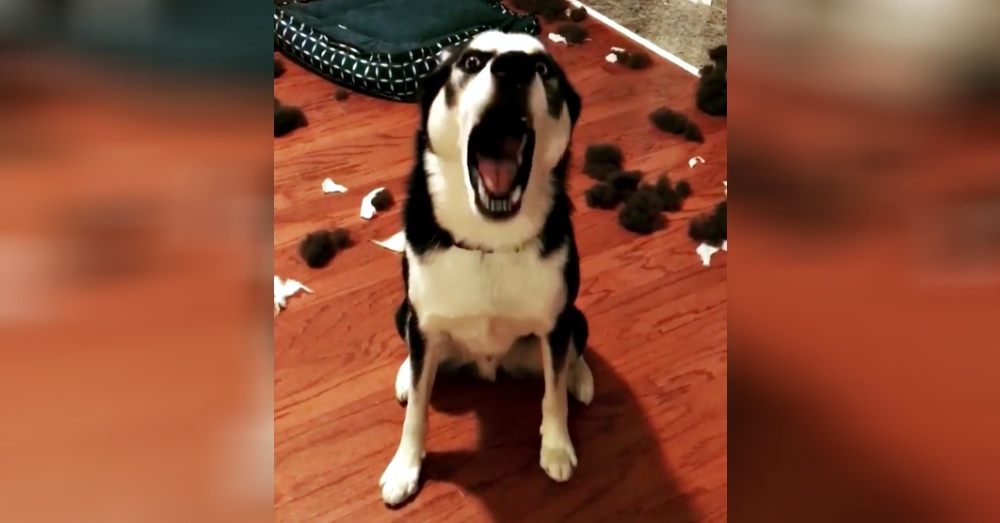 He shows no remorse or shame for the mess he made. Actually, he looks frustrated and appears to be yelling at his mom for leaving him alone. He is saying, “This is what you get if you leave me alone.”

When he has said all he needs to say, he gets up and walks away. Huskies are so full of personality, and that is part of what draws us to them. Must love dogs!

Watch the full tantrum in the video below.

Click ‘next’ to watch a husky steal a treat from his brother.