For most sharks, meat is what’s for dinner, and breakfast, and lunch, and in-between meals. Put plainly, You’re not going to live through Shark Week without seeing a few buckets of chum thrown into the water.

That is, unless you keep your eyes on the Bonnethead.

The Bonnethead shark is unusual. Unlike its toothsome cousins, most of the Bonnethead’s dietary intake is seagrass. 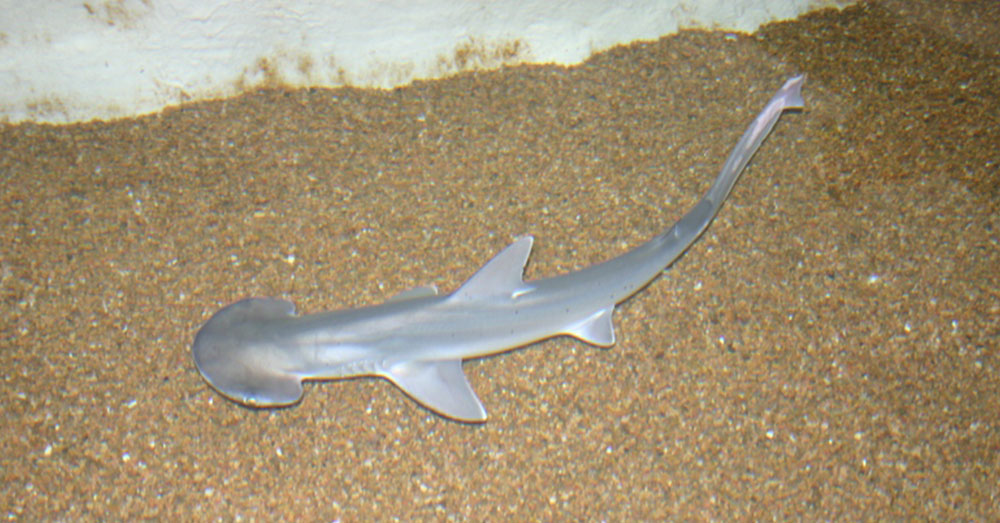 Scientists from the University of California, Irvine, have been studying the Bonnethead sharks, the Dodo reports. Where once they thought the creatures’ ruffage intake was nothing more than a side effect of sharks’ gratuitous gnashing, they’ve come to realize that there’s method to their munch.

Where most sharks would go right for the steak, the Bonnethead prefers a salad. 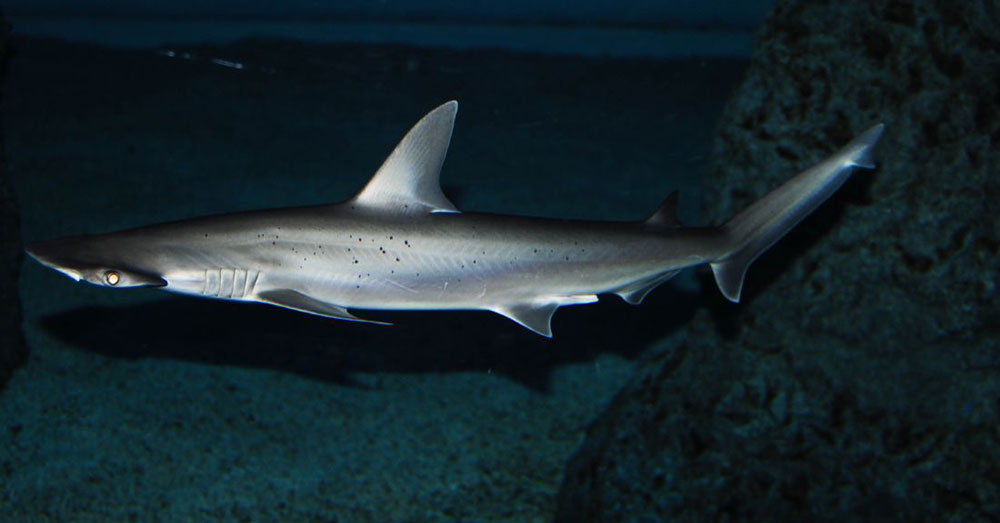 Source: Wikimedia Commons
The Bonnethead is unusual for eating a diet mainly consisting of plants.

“Sharks, uniformly accepted as carnivores, have guts that are presumed to be well suited for a high-protein diet,” the UC Irvine scientists wrote in the journal Proceedings of the Royal Society B. “However, the bonnethead shark, which is abundant in critical seagrass habitats, has been previously shown to consume copious amounts of seagrass, although it is unknown if they can digest and assimilate seagrass nutrients.”

The researchers fed the sharks a diet mainly consisting of seagrass, with a little squid thrown in for flavor. The sharks not only digested the grass, they flourished. 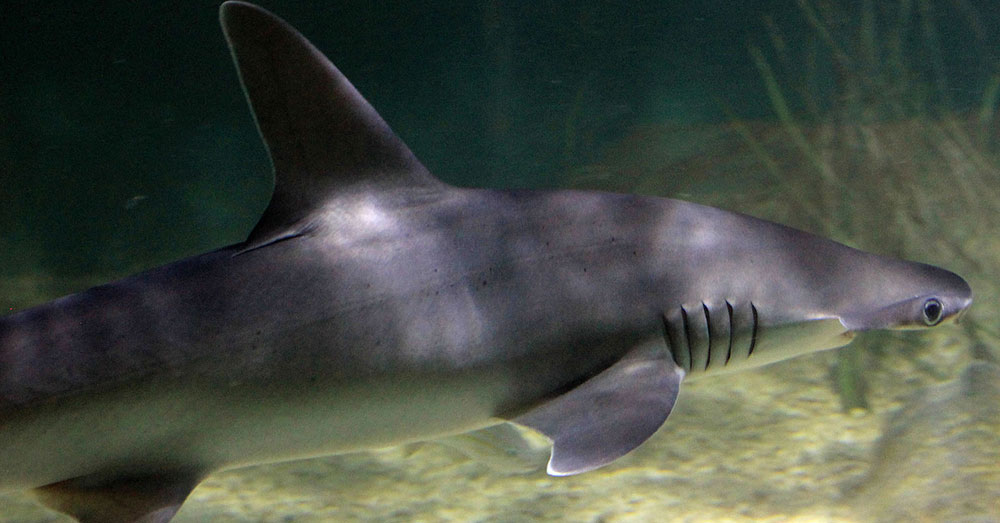 Source: Wikimedia Commons
Bonnethead sharks are found off the coasts of North and South America.

It turns out, the Bonnethead is happy with a diet of about 62 percent seagrass, “the first species of shark ever to be shown to have an omnivorous digestive strategy.”

“Until now, most people thought that seagrass consumption was incidental when these sharks were hunting for crabs, etc. that live in the seagrass beds,” wrote study co-author Samantha Leigh, an expert in ecology and evolutionary biology at UC Irvine. 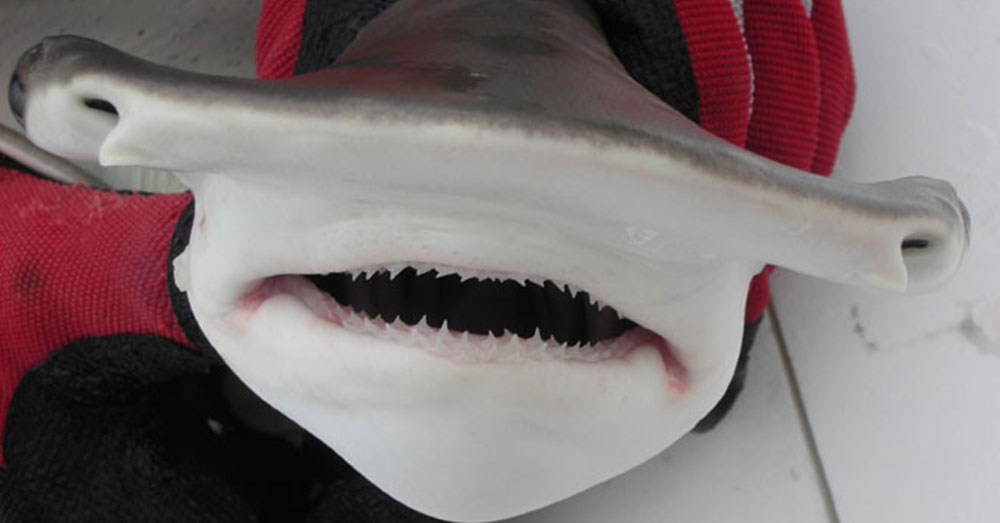 Source: flickr/Heather Hoesly
Thought they lack the jaw structure of an herbivorous animal, Bonnetheads can eat and digest plant matter.

Sharks lack the jaw structure found in most herbivores that aids in breaking down plant matter, Phys.org reports, but their acidic stomachs take care of the work that their sharp teeth cannot.

Other sharks are strictly carnivorous creatures, which makes the Bonnethead so unique, but it’s not alone in it’s dietary habits. Sea turtles, for example, start off on an omnivorous diet before becoming fully committed to their vegetarianism in adulthood. 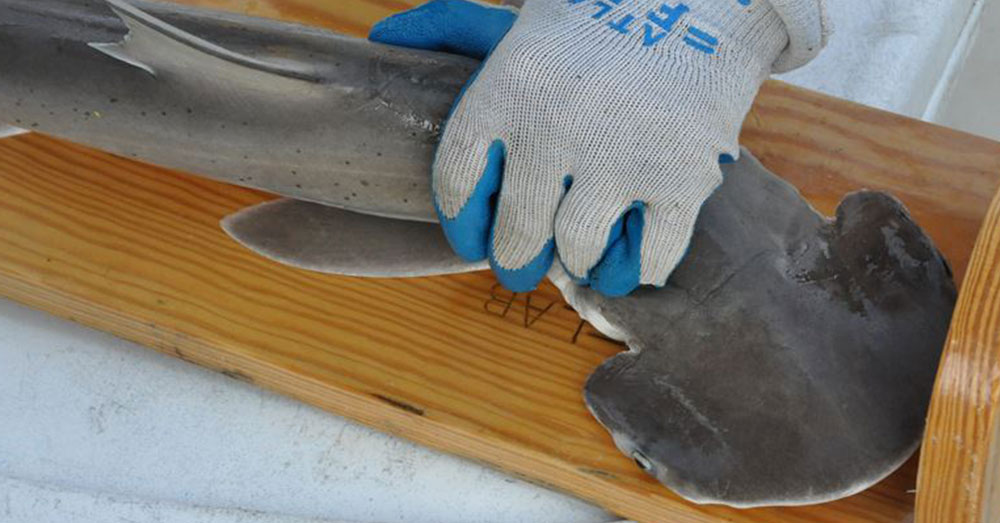 It’s possible that there are other sharks in the ocean who prefer a nice bed of greens to fresh fish. As of yet, we haven’t found any, and that’s why studying the Bonnethead is so important.

“We need to re-evaluate (the sharks’) role in critical seagrass meadow habitats as omnivores as opposed to carnivores,” Leigh wrote.

Watch more of the Bonnethead in action below!