Shelter employees see all sorts of unusual and often times sad situations that end with a dog or cat being surrendered. Staff at a shelter in Riverside, California, were surprised when a person came walking in carrying a cereal box.

The shelter posted, “We have seen some creative pet carriers in our days. This ⁦@RealCapnCrunch⁩ cereal box has to be one of the oddest ways a pet came to us as an over-the-counter dropoff. We handled all its fleas and now hope an owner arrives.” 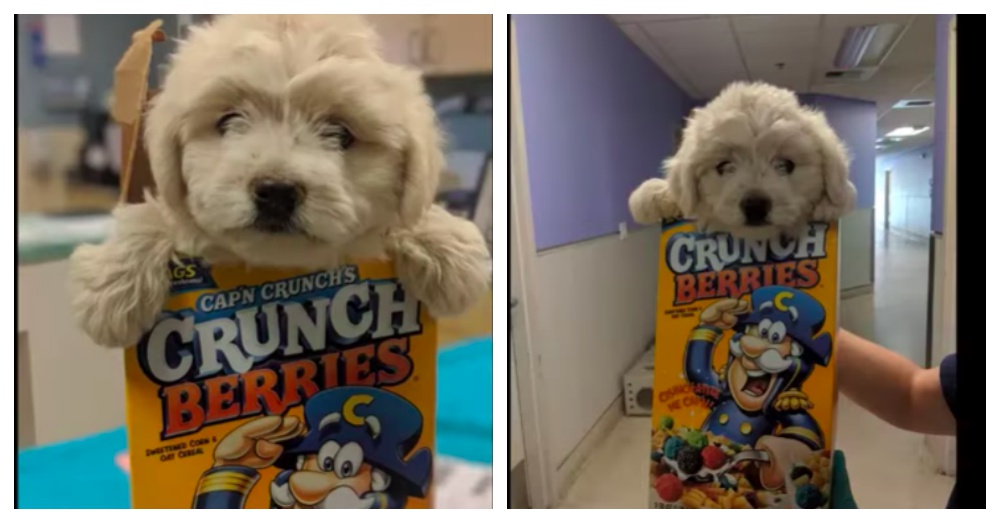 The post went viral with multiple offers to adopt the adorable pup. The shelter decided to “conducted a ‘lottery’ to make it fair for all that showed up to adopt,” because of all the interested families.

Razz Berry was treated for fleas and was ready to find her forever home. Over 20 families arrived at the shelter ready to adopt Razz Berry. Each family picked a coin with a number on it and the person closest to 100 would be the family that would get to adopt the puppy. 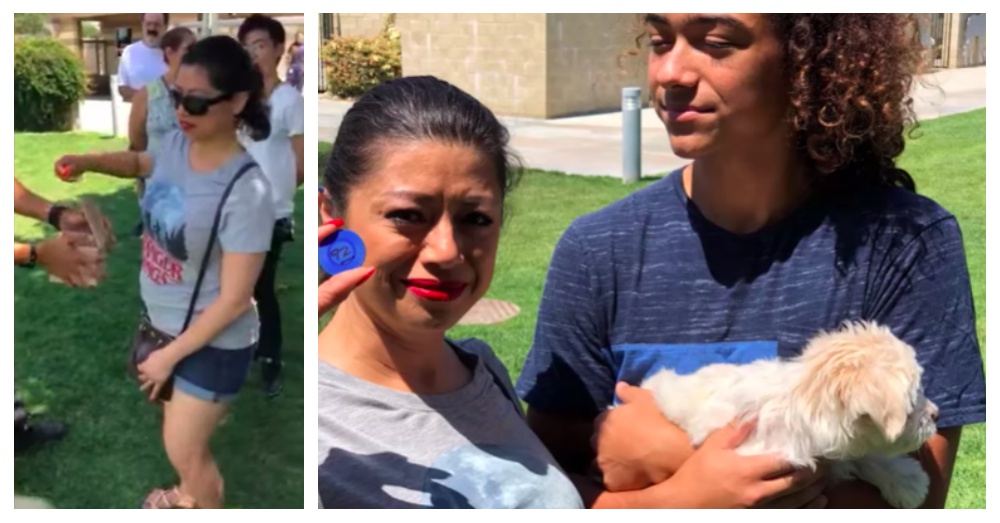 Hayden, Teresa and James Sheets picked 92 and were the lucky family that took home the sweet puppy. It was an emotional moment for the family because they had just lost their beloved Puggle named Ginger. She died on the same day they saw the story about Razz Berry. 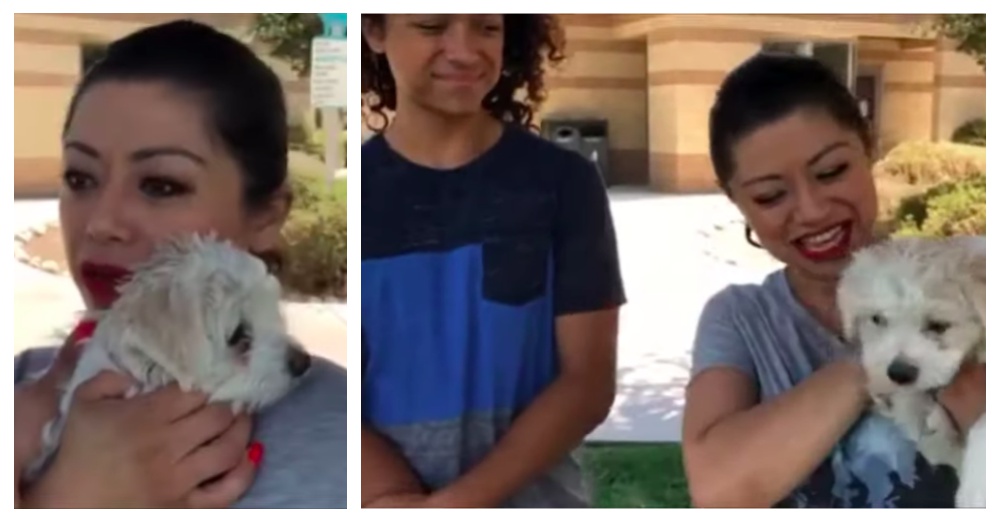 Razz Berry will share the home with the family’s Maltese Yorkshire Terrier mix named Pepper. Remember to adopt not shop! Supporters of the shelter were happy that so many people came forward to rescue the little puppy, but urged the remaining families to adopt a different dog at the shelter.

Watch as Razz Berry meets her new family in the video below.