Ray the kitten is different from other cats, but he doesn’t know that. He’s extremely happy and very playful, just like any other cat would be, and he has learned to acclimate to everyday life despite his condition.

Ray was born with abnormally small eyes, which has left him blind. He was also born with a kink in his spine, which hinders him from being able to walk. Although he is not paralyzed and can still feel his legs, he is unable to move them enough to walk. 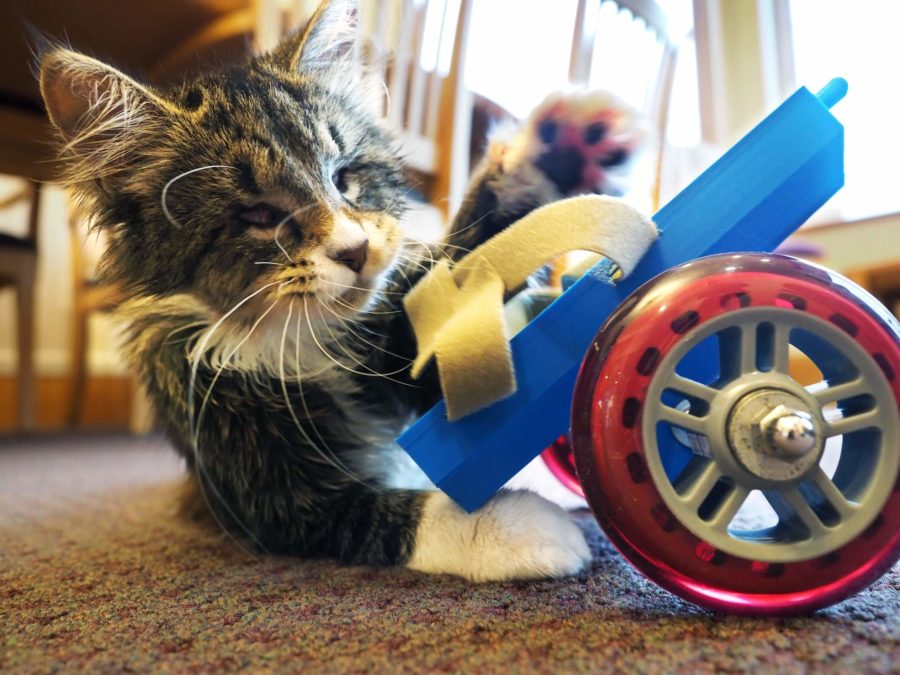 He has adapted to only having two useful legs, and makes his way around the house by scooting. While he makes it look easy, scooting around can become difficult and of course exhausting.

Erin Bakkom, a teacher at Portsmouth Middle School, heard about Ray’s story and wanted to o something to help. That’s when she and her students decided to work together to design a wheelchair for Ray. 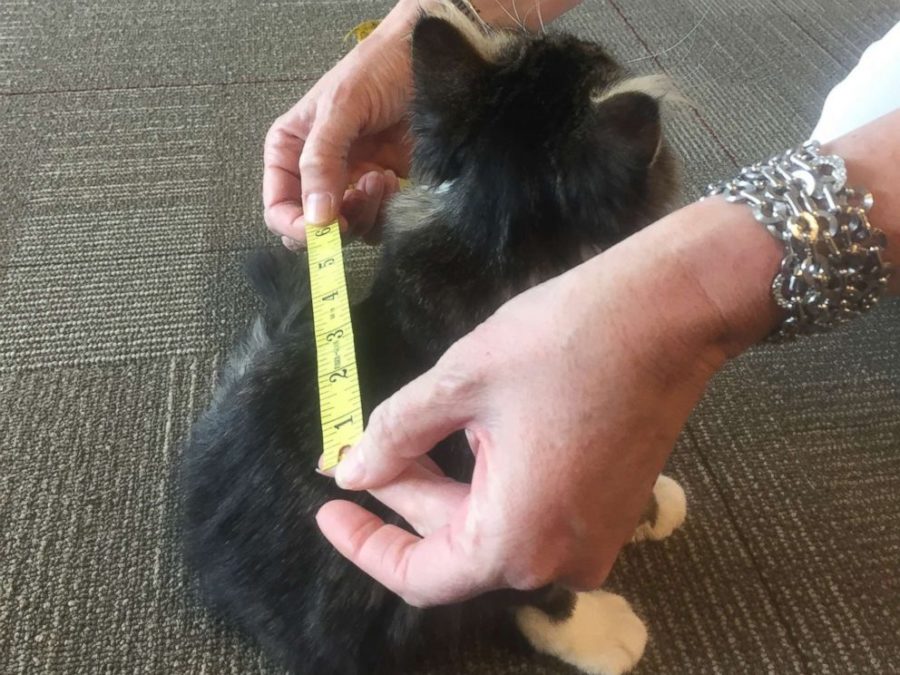 They wound up designing one with two little pegs to strap him in. They made their design come to life using a 3D printer.

Ray is just a kitten, so his body is still constantly growing and changing, which means he’ll grow out of wheelchairs. He will need new ones designed for him as he gets older. But he adapts to each one rather quickly. 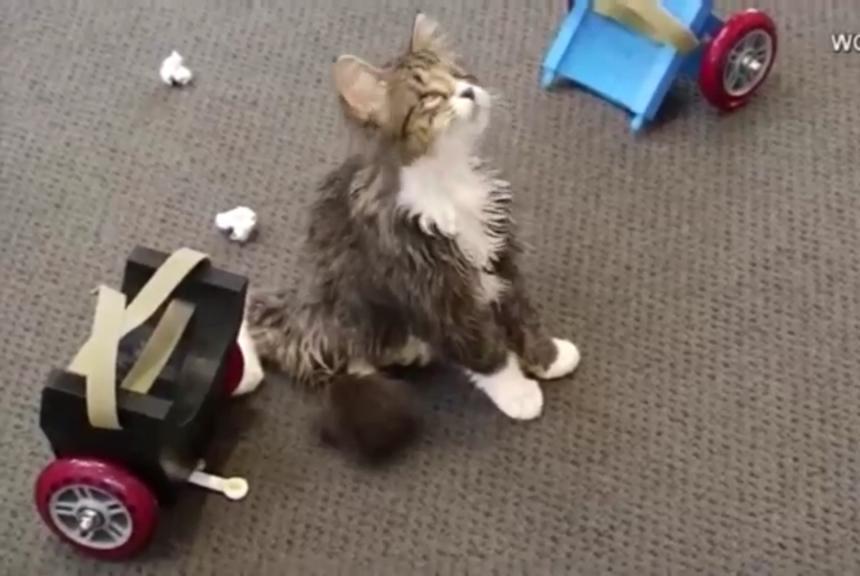 Despite everything Ray has gone through, he’s a happy little kitty with a lot of spunk. He might have the odds against him, but he doesn’t let having only two useful legs slow him down.

It’s amazing that these students were able to put their brains together to come up with a wheelchair that helps him walk. Not only was it a good assignment, but it also helps them realize that there are people (and animals) out there who are in need of assitance.

“We have kids that face challenges and I think that’s an opportunity for them to see you know maybe it isn’t such an obstacle and it’s just a different way to approach it,” Bakkom said.