Darius is a pet rat of Norwegian art student Amalie Markota Andersen. He first started painting in 2018 but mastered his craft over the years, according to Insider.

“I didn’t really ‘teach’ him as much as I put him down on the paper and let him walk on it,” Andersen said. “When he had walked enough, it became something abstract yet wonderful.” 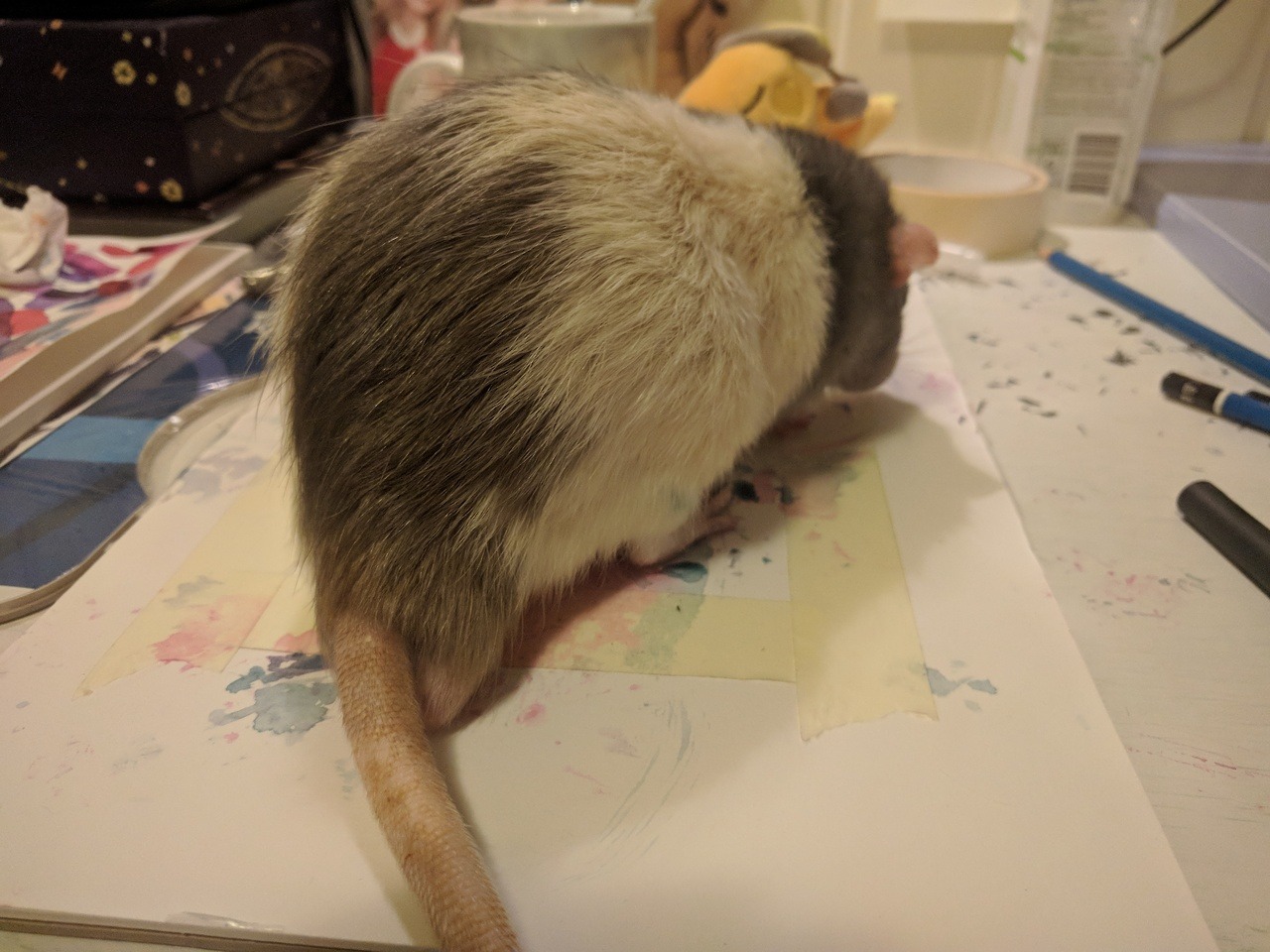 Andersen said that her rat’s artwork was an overnight success after posting the first painting he ever created onto Tumblr…with someone even offering to buy it.

The 22-year-old, who studies digital art in Hamar, Norway, said that Darius was a superstar and is still shocked by the 92,000 reactions on Tumblr. 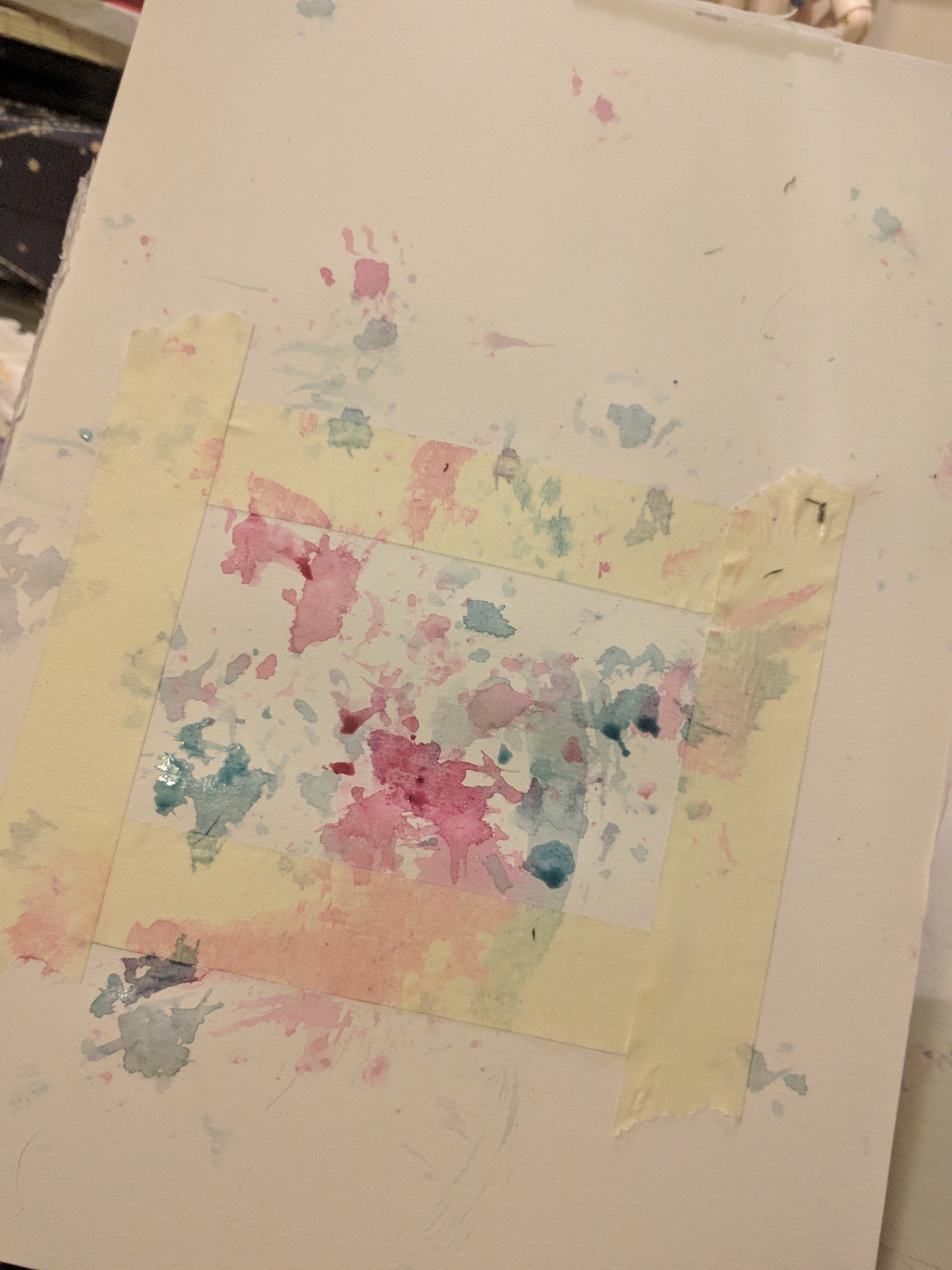 “When I first posted the pictures on Tumblr, I could imagine it getting a few notes, but I would never have foreseen this happening,” Andersen said. “And now everyone suddenly wants to write articles about Darius — it’s wild.”

Andersen initially got the idea after seeing a paw print painting on Instagram as a way to remember someone’s pet. She then gave it a go with Darius and the rest is history. 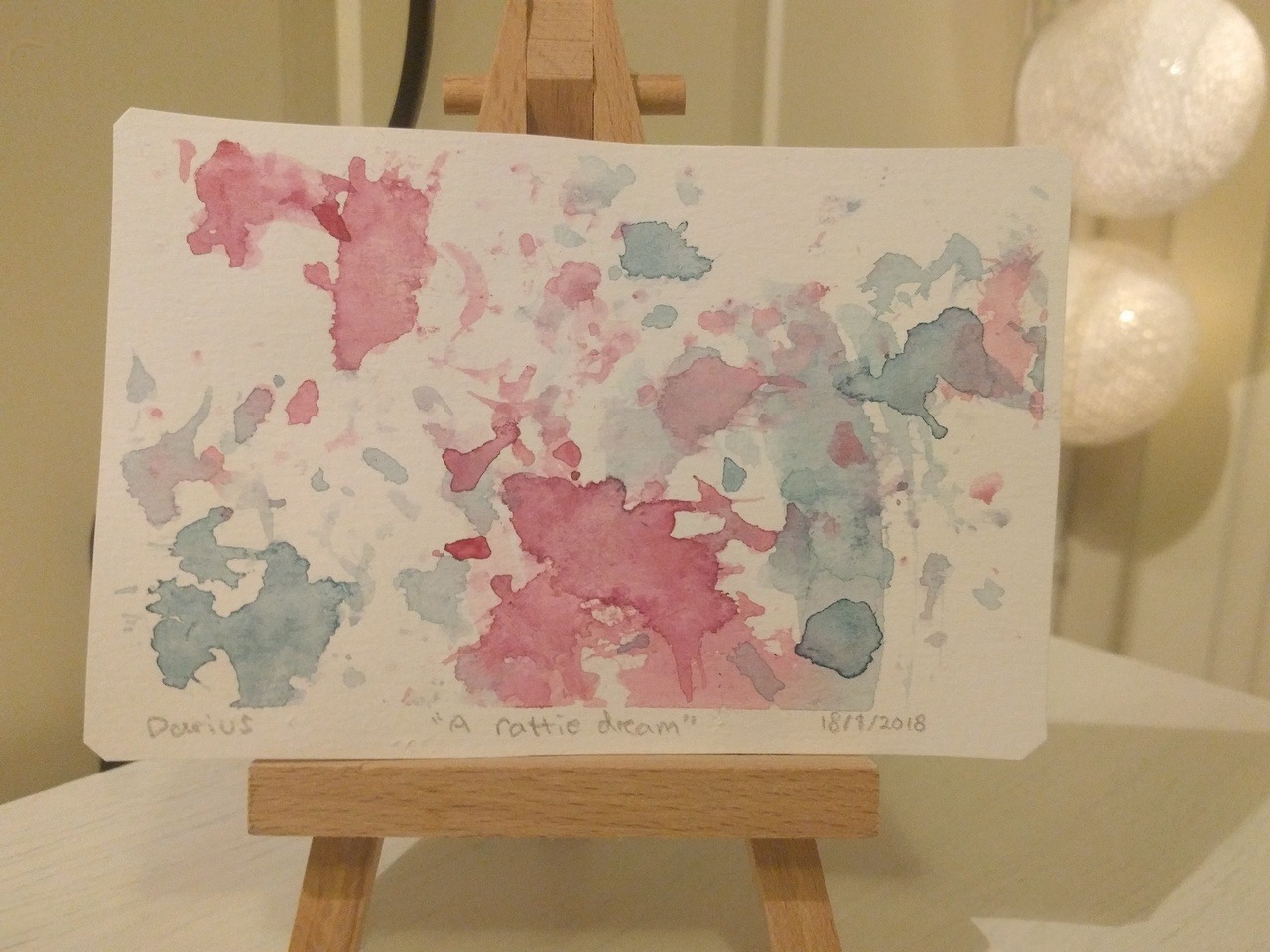 “Eventually [people on Tumblr] started to ask if Darius took commissions,” Andersen said. “It was a bit weird seeing how people actually had an interest for it — that they actually wanted to buy from him.”

Darius ended up selling several paintings, which she packaged with a tiny display easel. 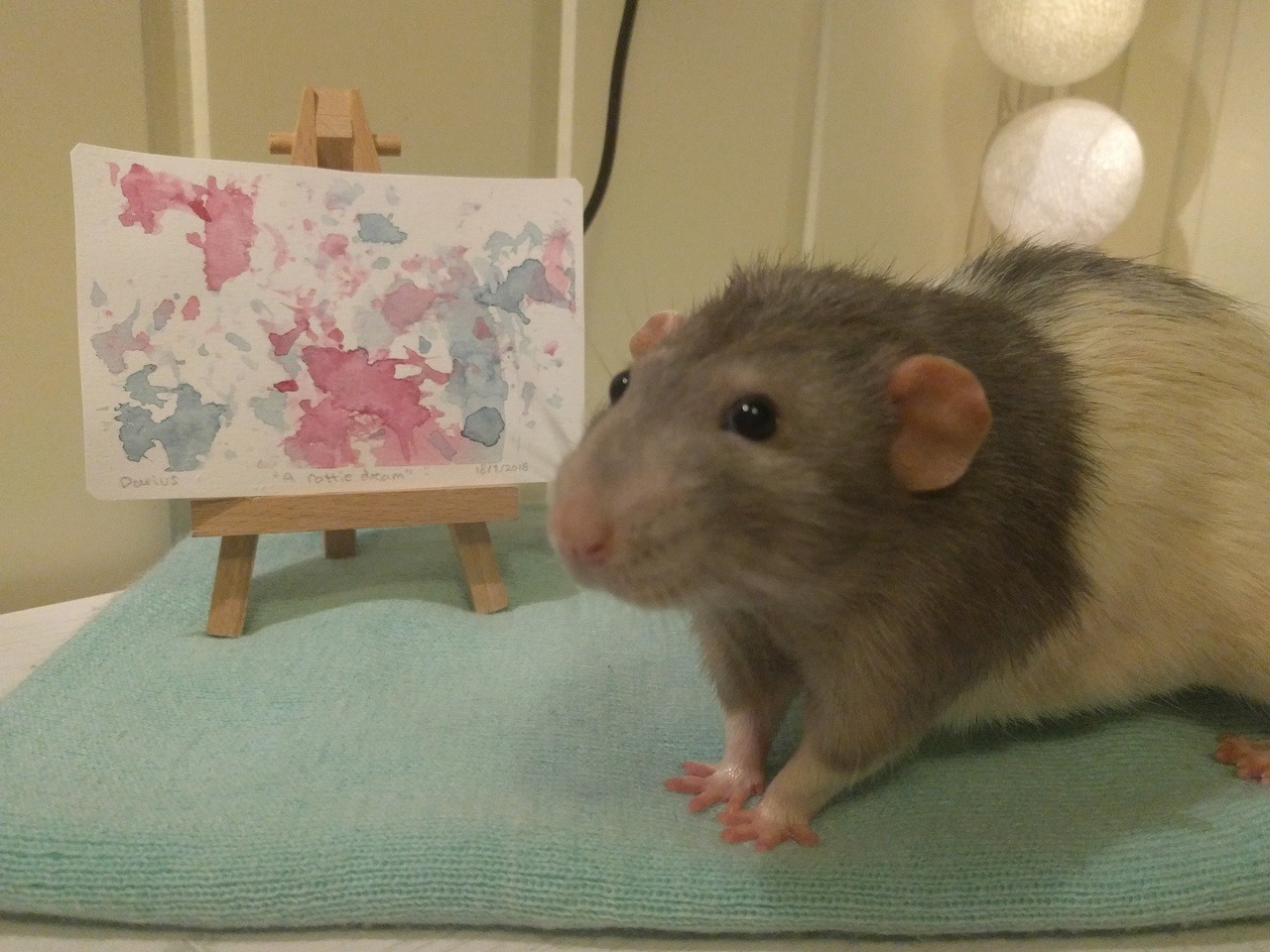 Sadly, Darius died earlier this year. But Andersen is happy that her pet’s art can live on forever.

“I’m so glad Darius — even though he sadly isn’t with us anymore — is still touching the hearts of thousands of people,” she said.