Rats may not seem like the cutest animal to most people. They may not even be that clean. And, while we’re being honest, there’s that whole plague thing.

There’s plenty of reason to think rats are nothing more than pests. But this rat. This mother. This hero. This is a rodent whose legacy deserves to live on.

While torrential rains flooded her nest, the mama rat in the following video rushed to the aid of her newborn babies. One by one, she dives into the mud, retrieves a baby rat, and carries it to higher ground. 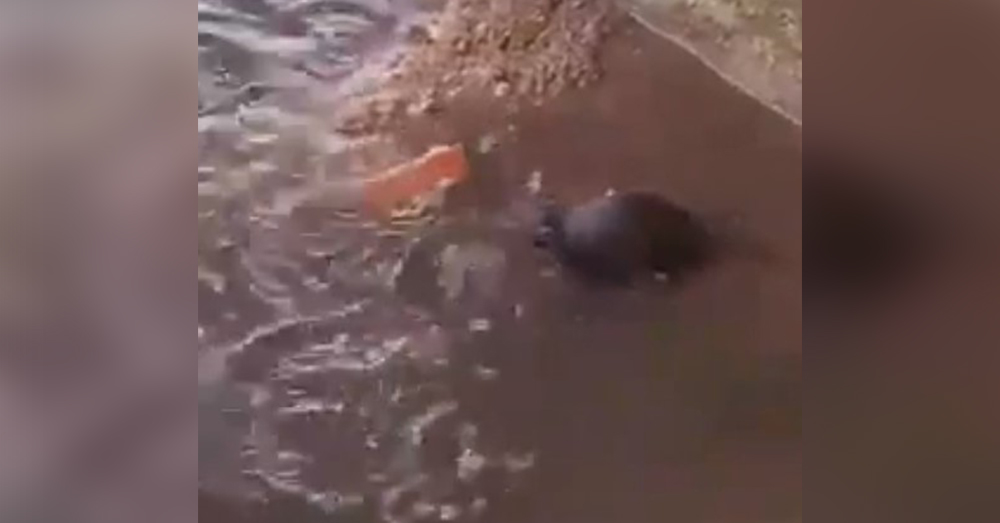 She’s forced to hold her breath longer and longer with each plunge into the flooded nest. The rat mother isn’t about to let her babies drown. 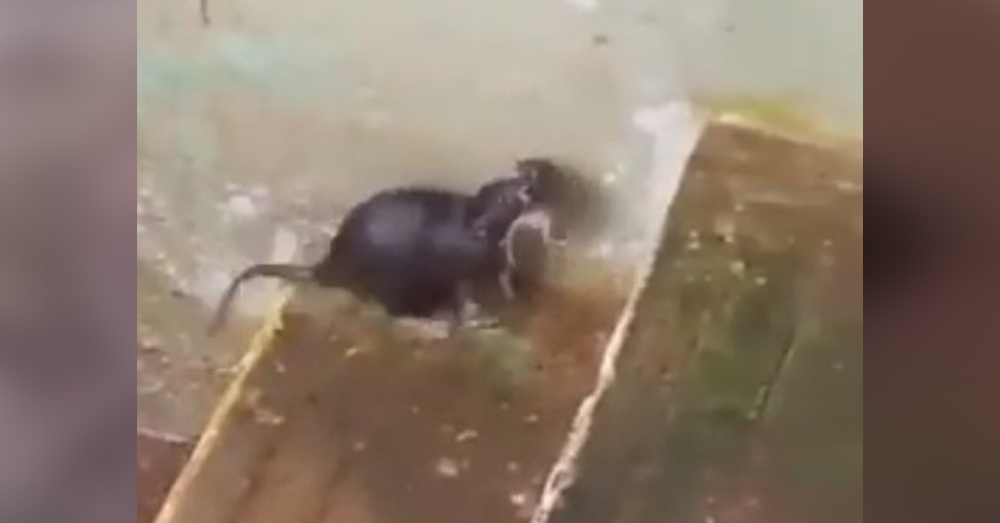 Source: Reddit/u/VaeVictis27
She rescues her babies one by one.

The rescued rats are so young they are still pink. They don’t have the protective coats of water-resilient fur their mother has. 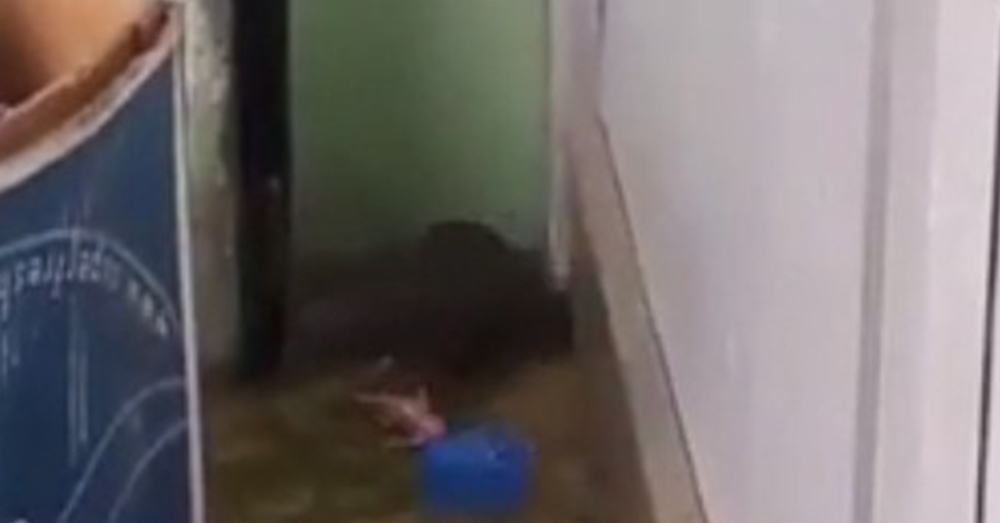 Source: Reddit/u/VaeVictis27
The rat placed her babies in a dry spot.

A video of the rodent rescue was posted to Reddit by u/VaeVictis27, and in a matter of weeks racked up nearly 12,000 upvotes and over 400 comments.

“Despite how rats are largely seen I really like them,” wrote u/RossoFiorentino36. “They are the perfect example of the resilience of the lasts, hated by everyone for doing the same exact thing we all do… survive.” 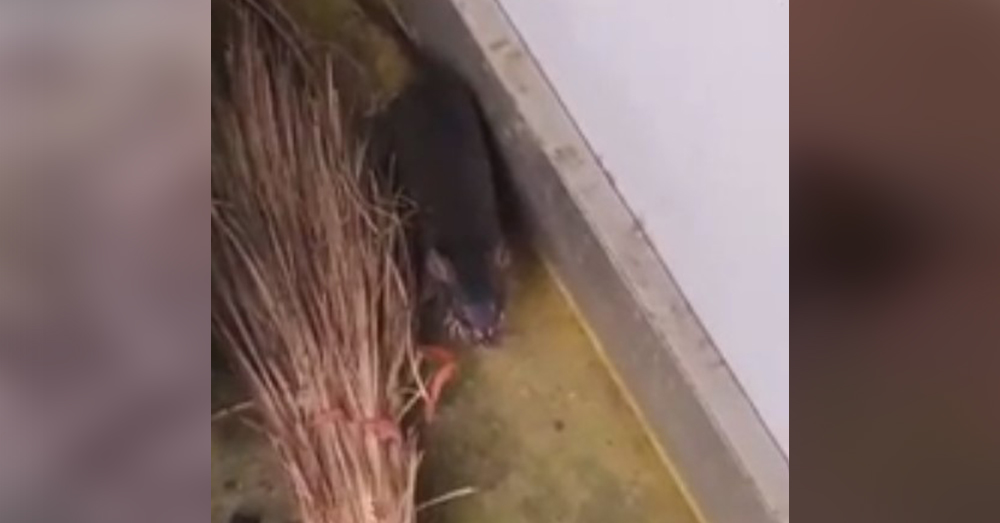 Source: Reddit/u/VaeVictis27
This mother worked frantically to save her children.

“She gets so tired by the end! I’m impressed by how long she can hold her breath,” wrote u/CrowTalking/

“What was up with that other little mouse showing up and being like YAH YOU DID IT RAT WOMAN,” wrote AKwolff77 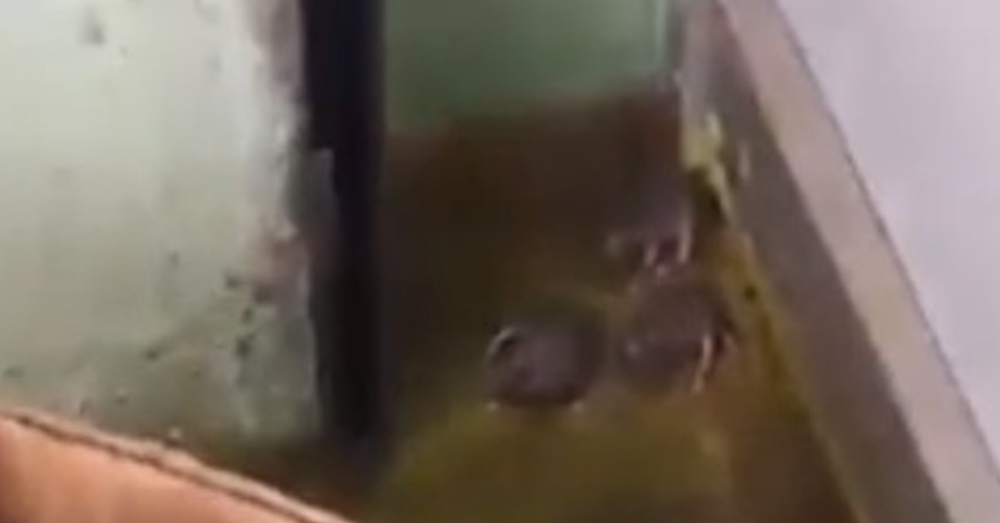 Source: Reddit/u/VaeVictis27
Tha rat babies are very young, and do not have full coats of fur.

“Her determination in the face of exhaustion and a worsening situation is very impressive,” wrote u/ChalkAndIce.

“This may sound a bit odd, but I feel a sort of kinship with rats — that there is something similar about the experience of both rats and humans,” wrote u/Hats668.

Redditor u/Less-Repair questioned why the individual who recorded the video did not help the rat save her babies.

“I know they’re pests and everything,” Less-Repair wrote, “But , if I see a creature, mother, struggling to save her babies from something highly dangerous for them I would do my best to help.” 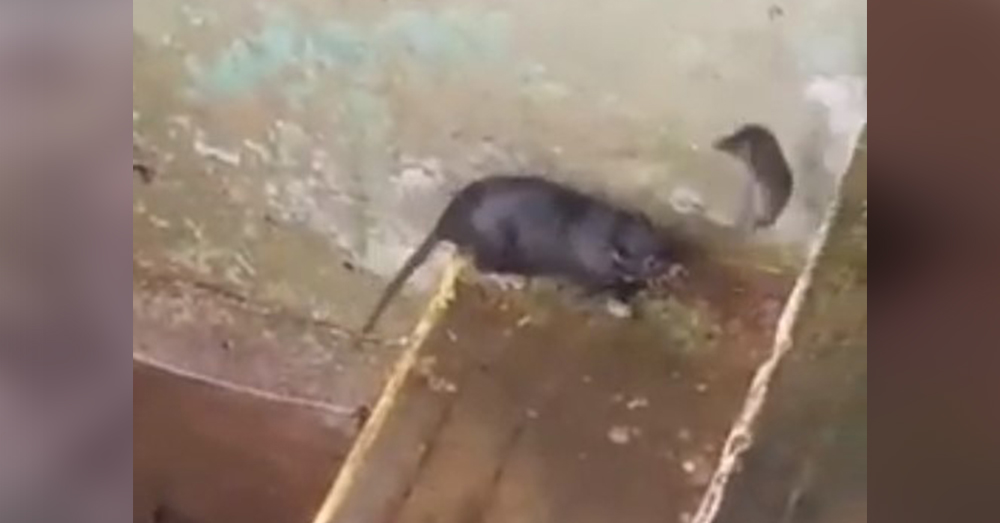 Source: Reddit/u/VaeVictis27
Another rodent jumps in surprise at the sight of the mother rat.

“There are no good options,” wrote Ijustdoeyes. “if he goes near the hole she might get scared and not go in If they reach into the hole they might crush them or cause it to collapse If they touch the babies the mother might bite the person or abandon the babies right when they need her the most.

“You had to just let this one ride out.”

No matter the outcome, this rat deserves an award for her persistence as a parent. She did all she could to save her children.

Watch the rescue in the video below.

Mama rat saving her babies from drowning from r/nextfuckinglevel