A commercial featuring an animated “Rang-tan” making himself at home in a child’s bedroom could be the most widely shared Christmas advertisement in Europe, and it’s never even been aired on television.

The commercial, produced by Greenpeace and narrated by British actor Emma Thompson has over 30 million views, the Independent reports, and has undoubtedly touched a few hearts.

“This commercial was banned from TV for being too political. I think everyone should see it x,” tweeted James Corden. 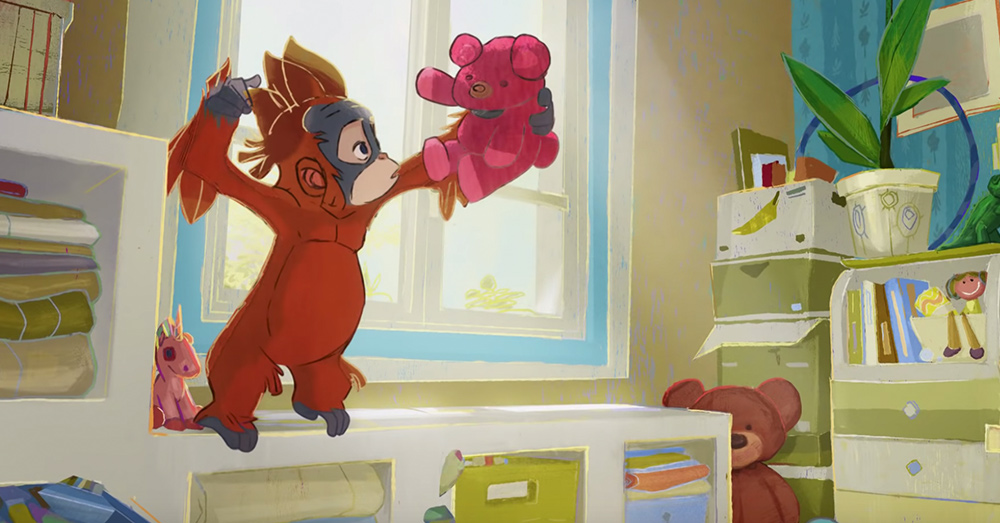 Source: YouTube/Iceland Foods
This commercial has been seen more than 30 million times around the world.

Focusing on the deforestation in Borneo that has been fueling the palm oil industry and leaving countless orangutans orphaned, homeless, or dead, the animation shines a light on just how devastating palm oil production has become. The finale of the ad cites an estimated 25 orangutans are killed every day.

With Corden and other high-profile names sharing the video, it’s sure to get exposure. But a clarification needs to be made about his use of the word “banned.” 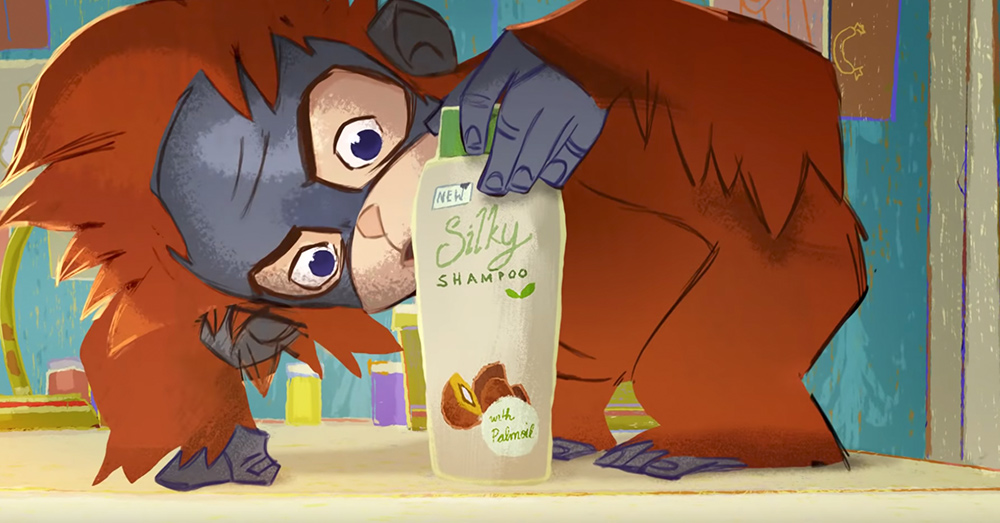 Source: YouTube/Iceland Foods
Orangutan habitats are being wiped out by palm oil operations and deforestation.

Clearcast, a non-governmental advertising consultancy in the UK, said Iceland’s Christmas commercial may violate British broadcasting because it was produced by Greenpeace, not because of its content. Clearcast managing director Chris Mundy maintains that only the Advertising Standards Authority can ban commercials, while Clearcast only offers advice.

“Because the ad is based on material made by Greenpeace and has been promoted on the Greenpeace website for some time, Greenpeace need to demonstrate they are not a political advertiser,” Mundy wrote. 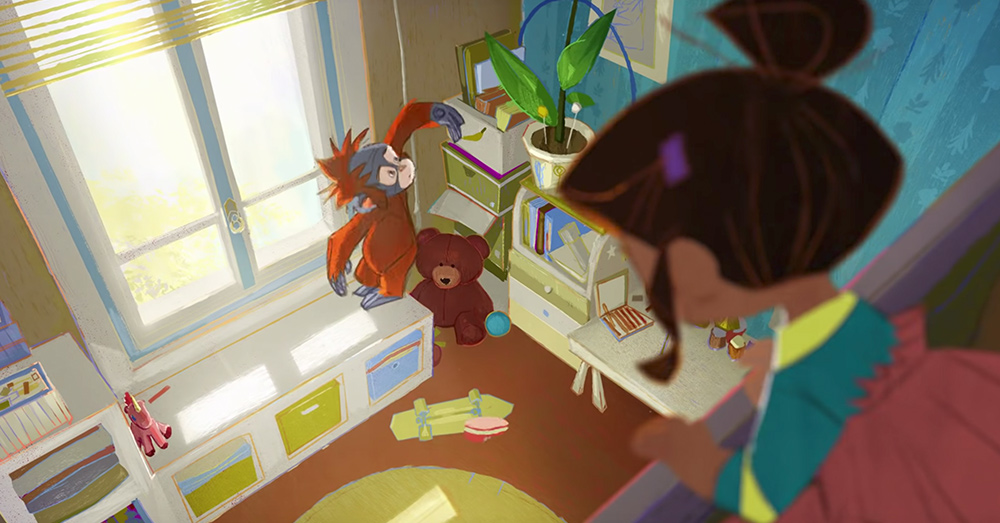 Source: YouTube/Iceland Foods
The commercial shows a “Rang-Tan” in a young girl’s bedroom.

As a highly saturated fat, palm oil has many more uses, and is cheaper to manufacture, than animal-based products. Because of this, more and more food manufacturers have turned to palm oil over animal fat, hastening the clear-cutting of the Orangutan’s natural habitat. 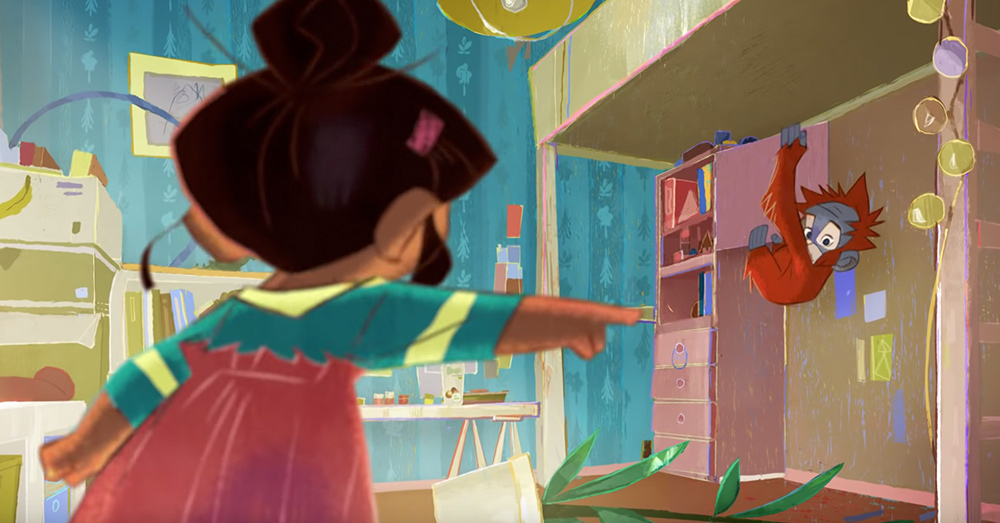 Source: YouTube/Iceland Foods
An estimated 25 orangutans are killed every day.

It’s estimated that more than half of all food products sold in stores today are made with palm oil, including lipstick, shampoo, biodiesel, pizza, chocolate, candles and detergent, the New York Times reports. 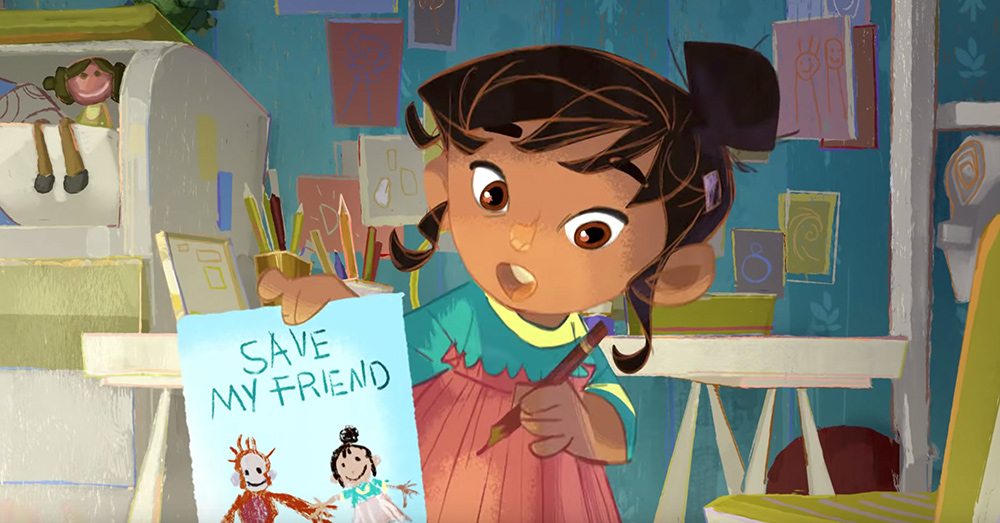 Watch the entire commercial in the video below.