Dogs are to be cherished – not thrown out like garbage when they are sick or unwanted.

A Good Samaritan found a sick and terrified dog in the bottom of an Oklahoma City dumpster and brought him to Oklahoma City Animal Shelter. Some cruel person dumped the sick dog in the garbage and left him to die.

The poor dog was found with a horrible case of mange and was almost completely hairless. He was bleeding from all of the open wounds and sores on his body. He was malnourished, emaciated and trembled in fear. Who knows what this poor boy endured but he was about to get a second chance at a happy life. 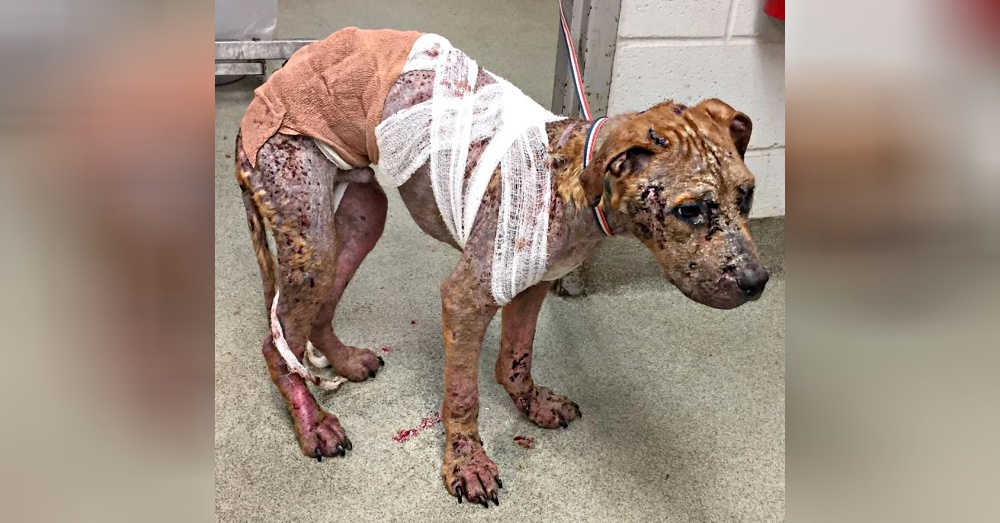 Mutt Misfits Animal Rescue (MMAR) took the sick dog in and named him Ralph. They started to treat his mange and offered him nutritious food. It broke the heart of Heather Hernandez from MMAR to see this sweet dog in such poor shape. The rescue posted on their Facebook page, “We are completely and utterly heartbroken. His new life starts now.”

She told KFOR, “Somebody wrapped him in some kind of gauze and then went out of their way to throw him in the trash, like a piece of garbage.” 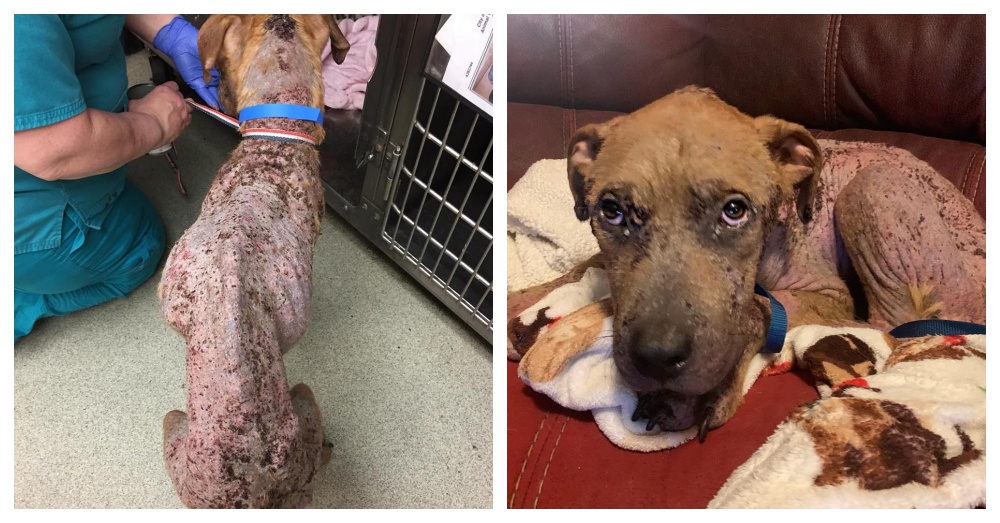 A vet examined Ralph and the rescue posted the results, “His bloodwork was a complete disaster and obviously his body is riddled with tons of parasites and worms. His calcium levels are off the charts, our vet believes from having to eat garbage for who knows how long.”

She is thankful to whoever found him and brought him to the shelter, they saved his life. “If they wouldn’t have found him, he would be dead.”

The heartless person who dumped him is still out there. “It’s just unfathomable, the cruelty that people can bring onto animals.” 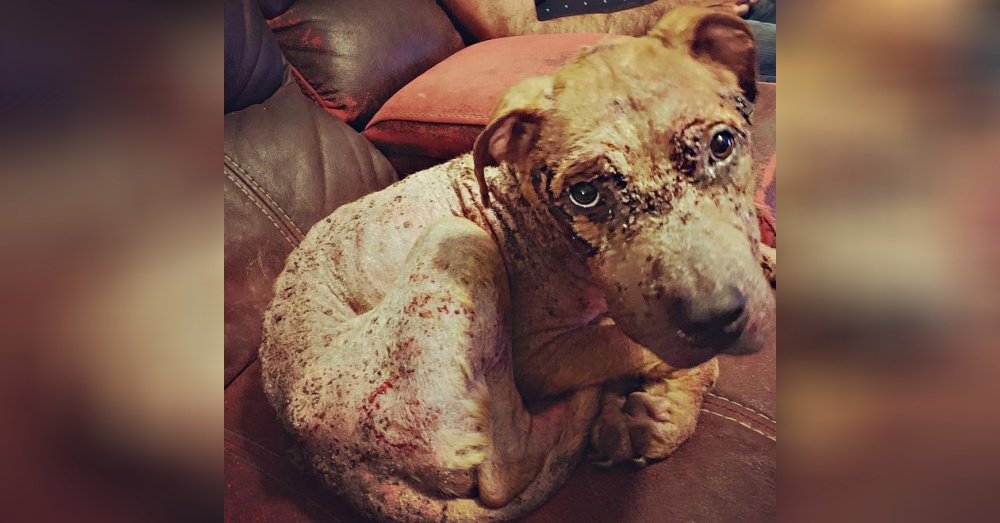 The rescue is asking for donations to help cover the costs of vet bills and medication for sweet Ralph. His body is slowly starting to heal, as well as his heart. His recovery was going to be long and hard but the vet said he would completely recover. Ralph is now in good hands and will live the rest of his life surrounded in love.

“His road to recovery will be long and difficult but he is so very loved and we will do absolutely everything he needs.”

Watch the video below for an update on Ralph “the goodest boy”.

Man Finds 6 Tiny Puppies Abandoned In Woods & Rushes Them In For Miraculous Recovery.: Click “Next” below!