A man discovered a raccoon who got tangled up in a car tarp in his garage. The tarp was around his neck like a noose and the raccoon was choking and unable to breathe.

As soon as the man saw him, he knew he had to help. He had to act quickly if he wanted to save this little guy’s life, since he was already losing consciousness. 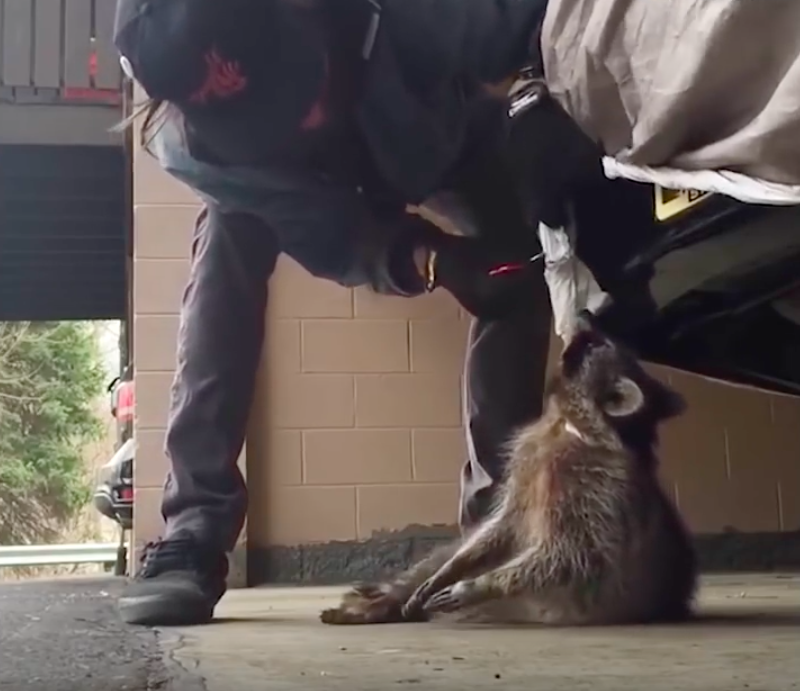 The rescue was extremely tense and will make your heart race. It was all caught on camera, which you can watch in the video below.

The man began trying to cut the tarp with a pocket knife, but it was so thick that it wouldn’t cut through it. The rescue was not an easy one, but the man didn’t give up. His neighbor tried as well, but to no avail. 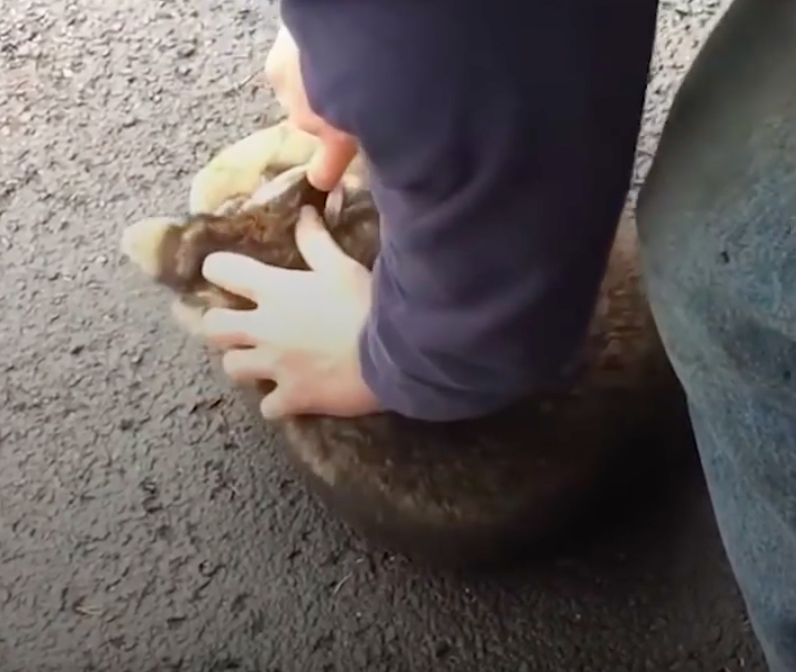 He figured if he cut part of the tarp loose, that they could get the part that was around his neck off. He knew he couldn’t let the raccoon hang in the air any longer.

His neighbor held onto the raccoon as they cut more and more into the tarp. Luckily, they were finally able to cut it loose, but part of the tarp was still wrapped tightly around his neck. The brave men had no choice but to hold the raccoon and pull the tarp off around his head or else he would die. 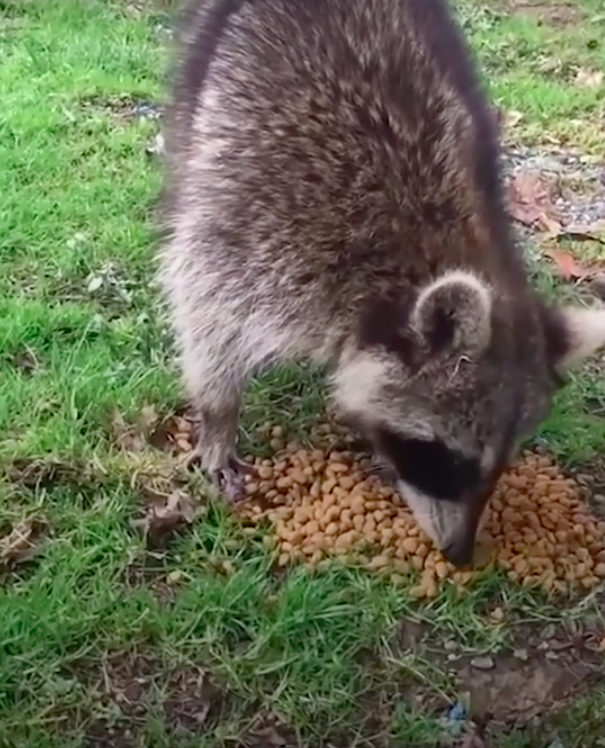 Once they got it off, the raccoon sat there, trying to catch his breath. Once he was able to stand up and walk around, the men gave him some food which he quickly ate up.

If it weren’t for these men, this raccoon would have died! Every animal deserves a second chance, and thankfully this raccoon got one!