Man Swims Across Rapids To Save A Stranded Raccoon

A man spotted a stranded raccoon who was stuck in rapid water. He was soaking wet and trying to climb up the rocks on the side but was unable to escape the rapids.

The man knew he couldn’t leave this poor little guy out there to die, so he jumped into the water to save him. He quickly swam across the water toward the raccoon, who was still trying to get up the wall. 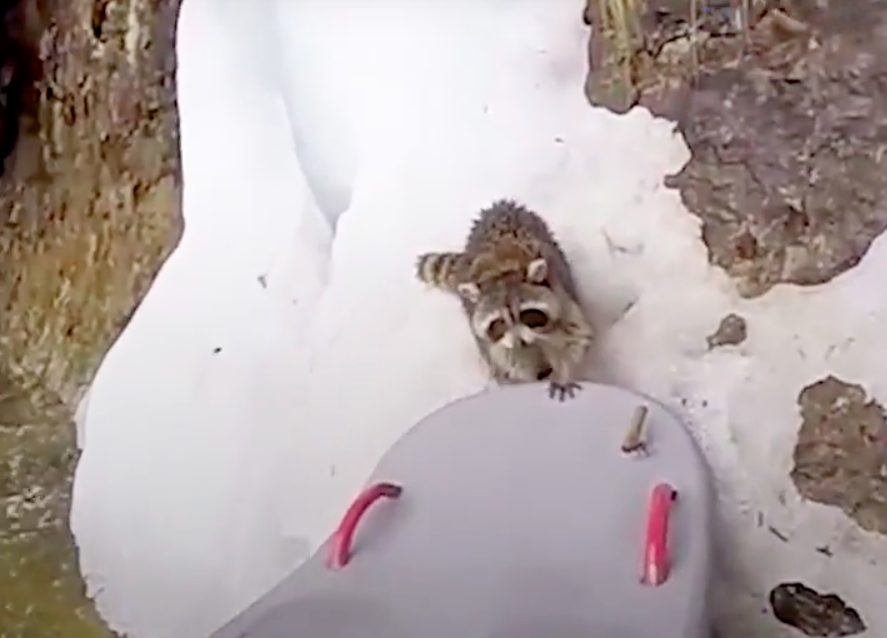 Naturally, the raccoon was scared of his rescuer and aggressively jumped at him making a sound as the man put his hand closer to him. The man’s friend felt uncomfortable and nervous near the raccoon and wanted to leave, but the man refused to leave without helping the little guy first.

The rescuer calmingly talked to the raccoon, telling him it’s ok. But the raccoon was still fearful and hesitant and kept jumping at him. But the man did not give up. 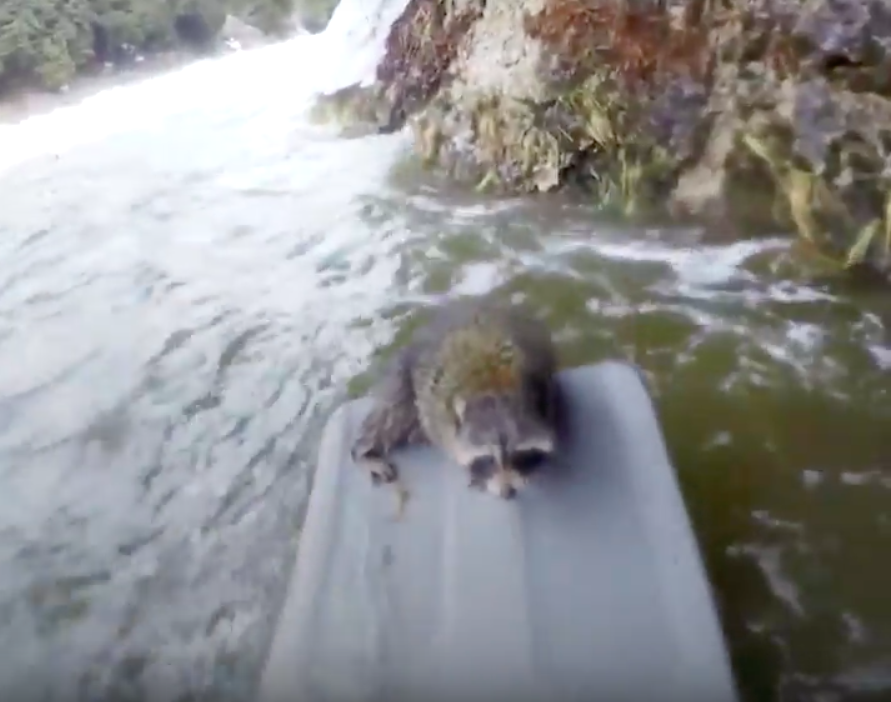 He held out his board to the raccoon, hoping he would grab ahold of it or hop on. But instead, he faced the other way and kept trying to climb up the rock wall.

The raccoon fell off and landed on the board, so the rescuer quickly moved it away from the wall and into the water, hoping that he would stay on the board. He pushed the board to land nearby so the raccoon could jump off and climb to safety. The man waved goodbye as the raccoon walked off into the trees. What a kind-hearted man he was to save an animal that many people try to stay away from!