This Island Was A Spot For A Lethal Gas Operation…Now, It’s A Paradise For Rabbits!

Okunoshima, nicknamed “Rabbit Island,” is located in the inland sea of Japan in the city of Takehara and is a paradise for bunnies! The island has a circumference of just 2.5 miles and attracts thousands of tourists a year. Aside from its natural beauty and historic significance, the island is home to hundreds of rabbits! 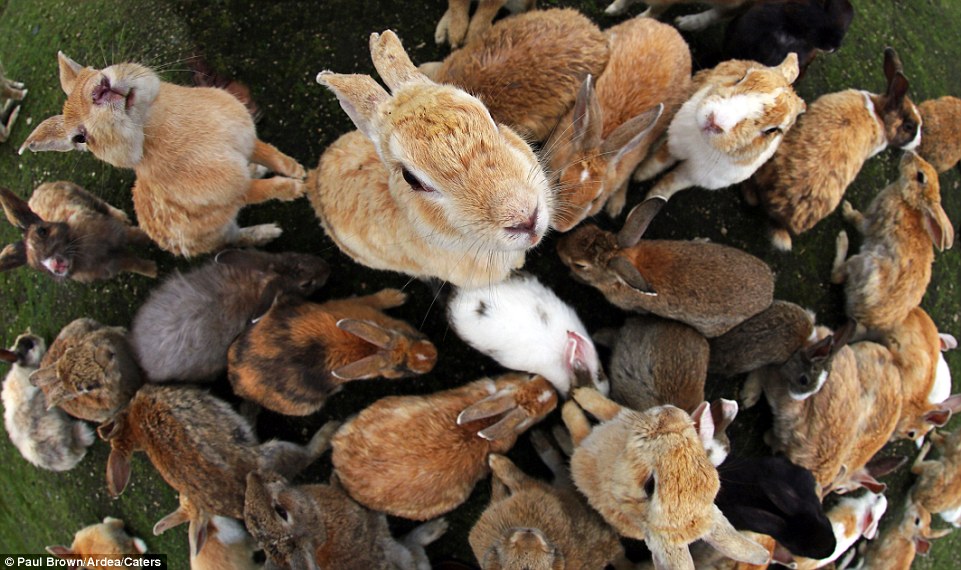 It’s unknown exactly how all of these rabbits got to be on this island, but there are some ideas floating around. From 1929 to 1945, Okunoshima served as the base for the Imperial Army’s lethal gas operation. More than 6,000 tons of poison gas were manufactured on the island, and the factories were kept a secret. Some believe the rabbits were brought to the island to test the effects of the poison and released by workers when World War II ended. Others say a group of schoolchildren who were in a field trip released some of the rabbits in 1971. 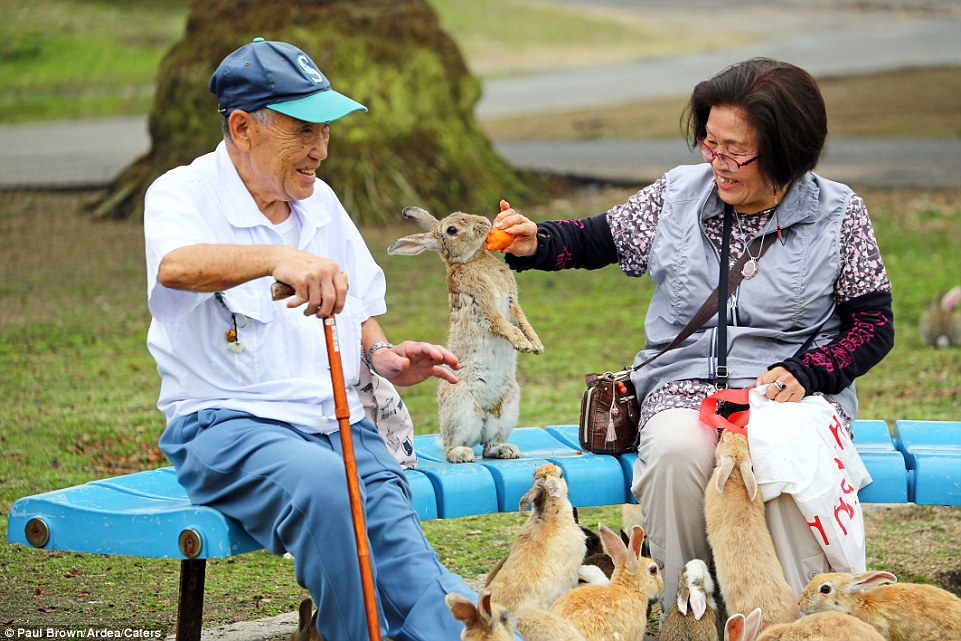 Regardless of how these rabbits got there, it is a safe haven for them and is completely predator-free. Instead of the bunnies having to worry about running away from bigger animals, they actually run toward the tourists, seeking out food. Since there is so many of them, and so little food, the tourists enjoy feeding them carrots and cabbage. The bunnies hop right onto the vistors’ laps and munch away. 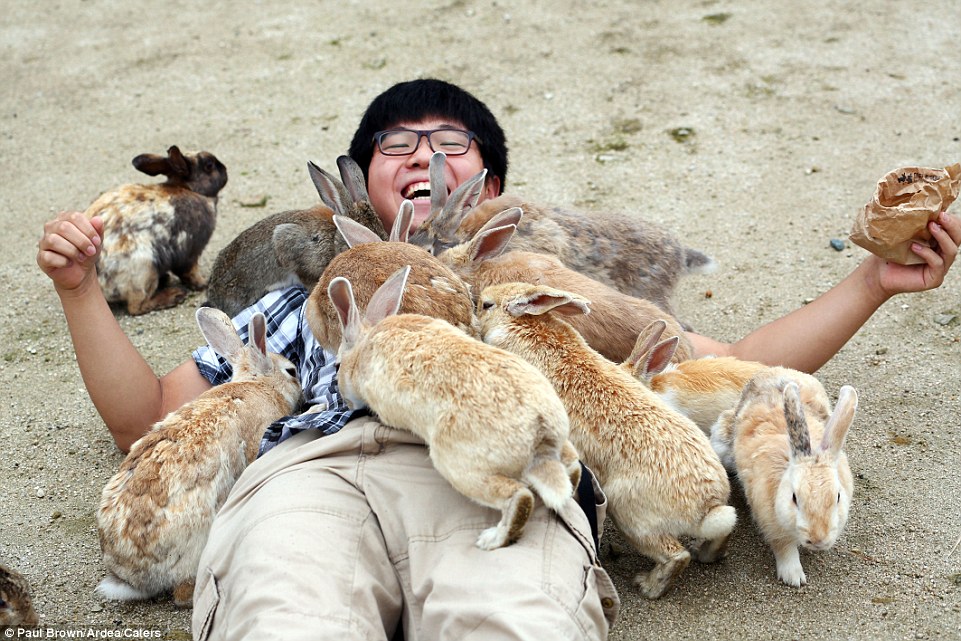 You can learn more about Rabbit Island by watching the video below:

Check out the rabbits getting fed: