Quinton is a kitten covered in fleas who had lost his foot when he was only five weeks old, trying to survive on the hard streets of Los Angeles.

Now, he’s waiting for someone to give him his forever home.

Quinton entered the Best Friends Animal Society of Los Angeles in very bad shape. He was covered in fleas and had periodic sores and infection, which caused a lot of problems . 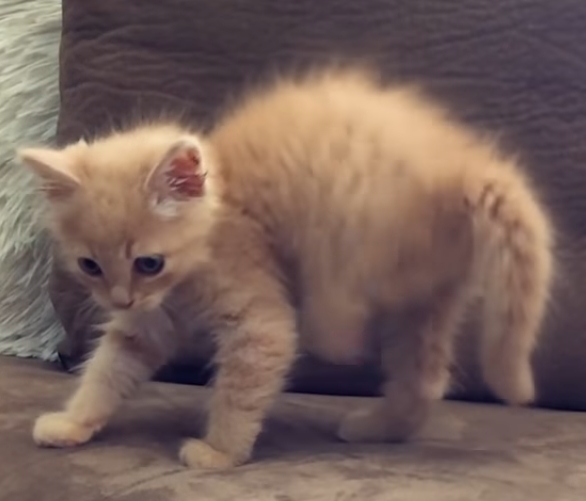 The folks at the Best Friends Animal Society-Utah decided that they would take care of him, which included removing the leg that was giving him so many issues.

Once the surgery was successful and his street life was behind him, Quinton entered a temporary foster home. In the foster home, he received the proper care he needed as well as grew accustomed to other cats living in the foster home, further readying him for adoption.

Quinton now know he’s ready to enter his forever home. If you would like to adopt Quinton, please check out the Best Friends Animal Society-Utah website.