A nearly 2-ton great white shark was discovered by marine researchers off the coast of Nova Scotia, Canada, and dubbed “Queen of the Ocean”.

A team of researchers with OCEARCH, a non-profit organization that tracks and studies marine animals, have been observing and tagging great white sharks near Nova Scotia for nearly a month.

While storms prevented the team from heading out to sea every day, they still managed to tag eight sharks consisting of males and females of varying age and size. But none compared to a 17-foot female great white shark weighing over 3500 pounds. 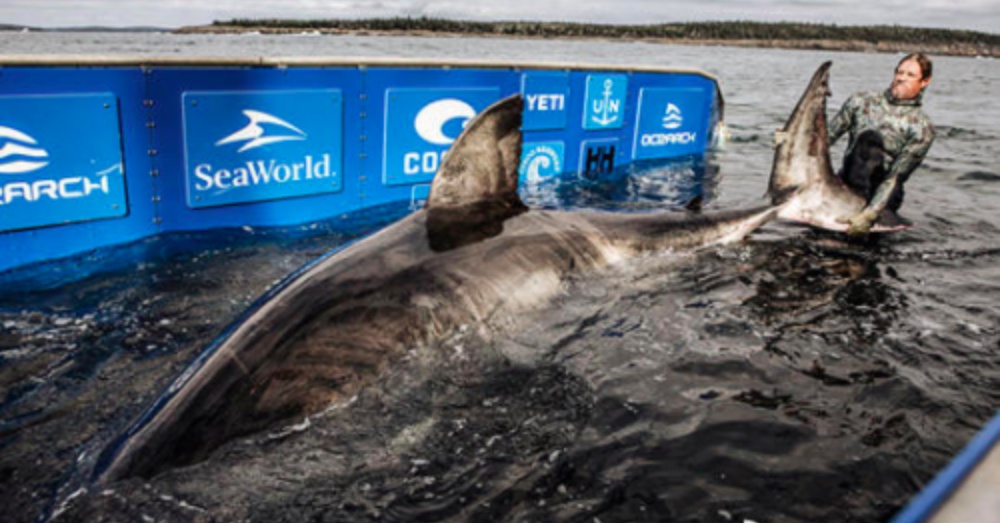 “A proper queen of the ocean and matriarch of the sea,” is how expedition leader Chris Fischer described the large shark. The team named her Nukumi, after the legendary wise old grandmother figure of the local Mi’maq people.

“It’s really humbling to stand next to a large animal like that,” Fischer said in a video post. “When you look at all the healed over scars, all the blotches and things that are on her skin, you’re really looking at the story of her life, and it makes you feel really insignificant.” 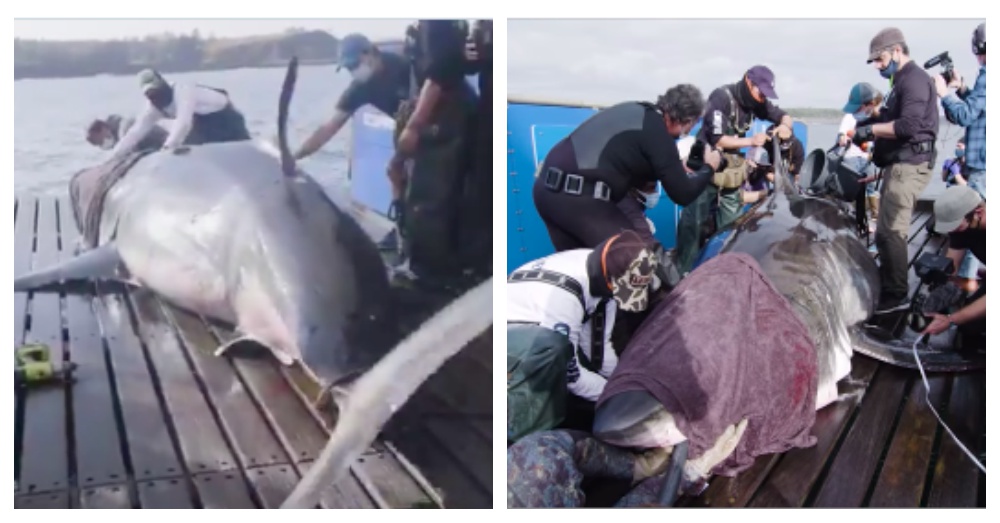 Blood samples were taken from the 50-year-old shark and she was tagged before being released back into the sea. The materials and data collected will be used by scientists in 21 different research projects.

“With the new data we’ve collected, this matriarch will share her #wisdom with us for years to come. She will continue to help balance fish stocks in the surrounding waters, and we look forward to learning more from this wise guardian of our ocean’s eco-system.”

Learn more about Nukumi in the video below and don’t forget to share!