There is nothing more important than health. And as we face a global pandemic, I’m sure many of us are re-learning the lesson of gratitude for our health, because, as we’ve seen, it can take a turn at any moment. So if you’re healthy, take a moment to be thankful – it truly is a gift. And if you’re a pet owner, be grateful for your fur baby’s health as well, because sometimes pets can experience a turn for the worst, like one dog.

Back in 2008, Sammi, an 8-year-old Springer Spaniel, was still pretty active for an older dog. However, out of now where, the dog suddenly became a quadriplegic. His owners rushed him to the vet, only to learn that the vets themselves were mystified by his condition. However, after running some tests, it finally came out that the reason for Sammi’s condition was due to a bone growth inside his spinal column. As a result, this meant that Sammi was unable to walk or even lift up his head.

The suffering dog underwent surgery, but the issue was unable to be corrected in the end. As a result, this meant that his long-term prognosis was pretty negative. However, his owners, Janie and Steve, didn’t want to accept that was it – they were willing to try other options. That is what brought them, and Sammi, to a special rehabilitation center, in hopes that Sammi would be able to gain back at least a bit of mobility. 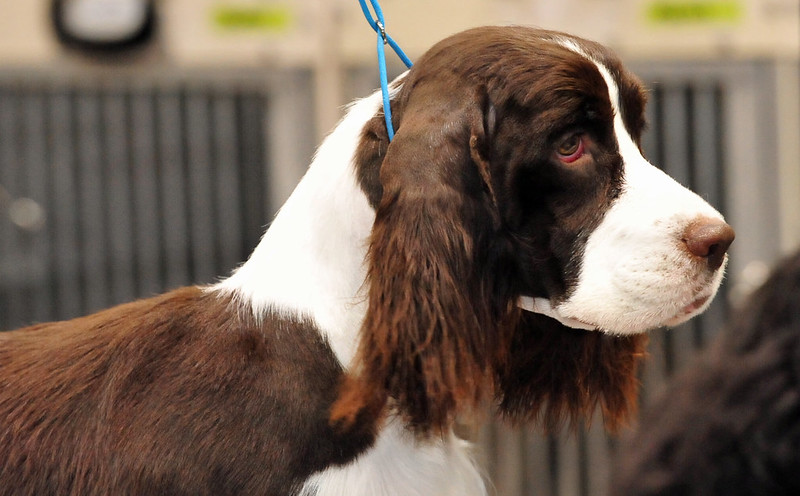 However, life often finds a way.

During his 3-month stay, Sammi underwent intensive daily rehabilitation. The dog’s determination eventually paid off as the brave dog learned how to walk all over again, as well as being able to stand up.

When his owner went to pick him up, she was greeted by the most incredible sight: her dog walking again.

The video is sure to still bring tears to your eyes.