It’s really amazing everything dogs can do. They can find missing people. They can smell cancer, low blood sugar, and Covid-19. And now, a pair of detection dogs in Florida are using their noses to find invasive Burmese pythons in Florida’s Everglades National Park.

According to the Florida Fish and Wildlife Conservation Commission (FWC), Truman (a black Labrador) and Eleanor (a point setter) have demonstrated a talent for sniffing out wild pythons, which have forever altered this region’s unique eco-system by decimating many native species that call this area home. 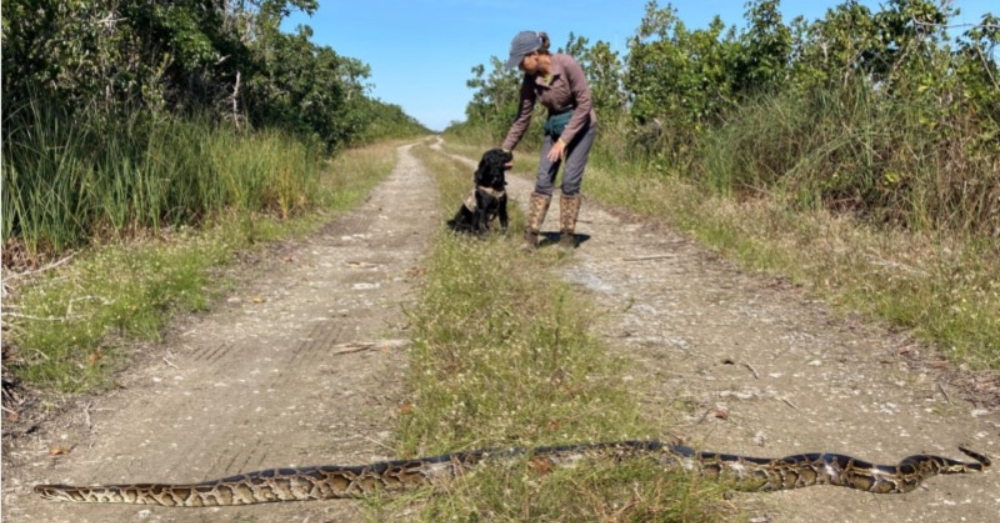 According to the FWC, Truman and Eleanor are also quick studies. It reportedly took just one month for the dogs, who now look for snakes five days a week with their handlers in tow, to learn how to track pythons by their scent. “Python-scented towels and live pythons with surgically implanted trackers were used to train the dogs on python scent,” the FWC said in a statement. “The dogs were also trained to ignore distractions, such as other live animals, when working in an outdoor environment and worked on building up their stamina so they do not tire easily in the field.”

OF course, tracking pythons is also a risky business, which is why Truman and Eleanor never get too close to these dangerous snakes. “When Truman or Eleanor catches the scent of a python, they follow that scent until they are within approximately 3 feet of the python,” said the FWC. The Florida group has used detection dogs to find everything from bed bugs and sea turtle nests, but Truman and Eleanor are the first FWC dogs trained to find such a dangerous animal. 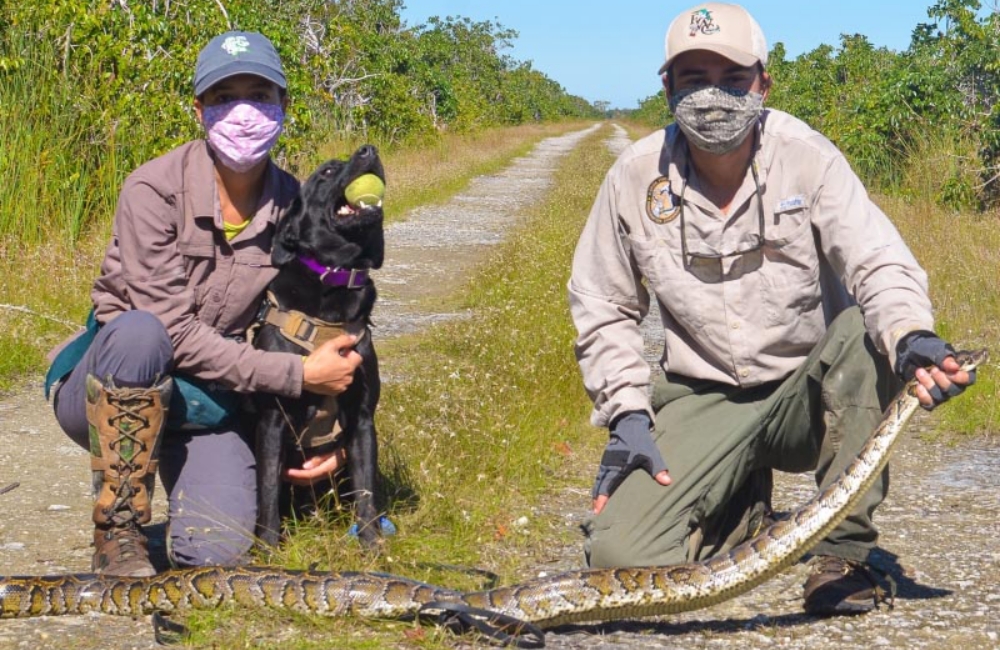 “When they find a snake, the dogs alert the handler and are rewarded with a recognition response,” FWC explained on its website. “The dog and handler then back away from the area, clearing the way for the FWC biologist to pinpoint the exact location so they can safely catch and remove the python from the wild.”

Regardless, these clever dogs have already used their new skills to safely track and help capture an 8-foot male python in Miami-Dade County, according to reports. Congratulations, Truman and Eleanor! Thank you for helping us preserve this delicate eco-system.

Learn More About Python Detection Dogs In The Video Below!