Dog Rescue Stories: Picasso Was Not Let Outside For Over A Year

Picasso and four other puppies were rescued by Steppingstone Bully Rescue from a severe neglect situation. She suffered catastrophic urine burns all over her body that led her to contract terrible Staph and Fungal infections. The bad human who had them did not let them outside for possibly up to a year, so they were left to live in their own excrement. 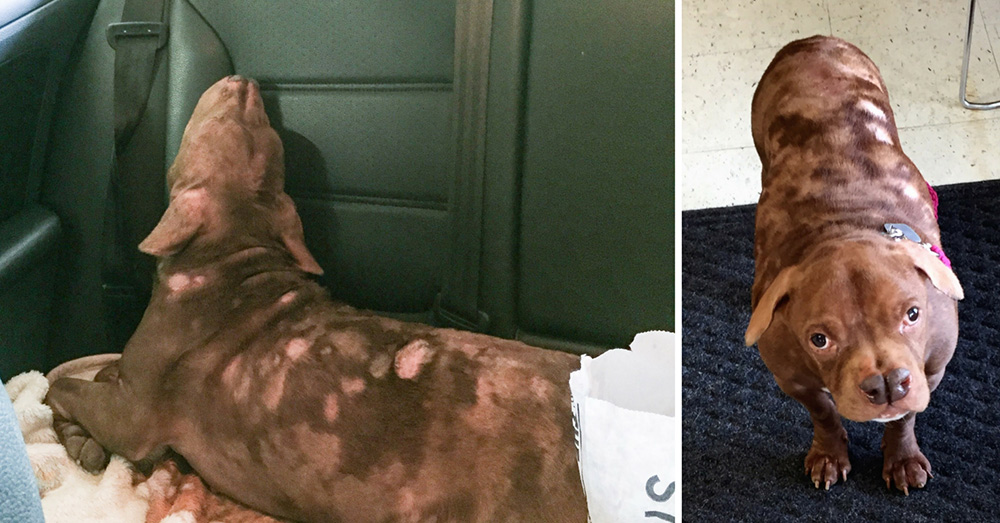 It had accumulated so much that when the dogs wagged their tails it splashed on them, resulting in those burns. She also lost her hair as a result. 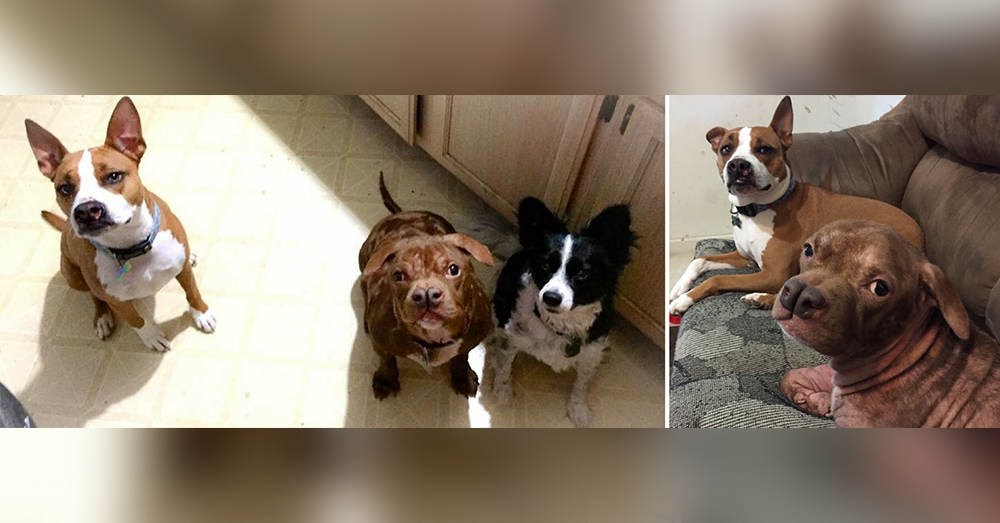 Picasso’s forever family was looking for a chihuahua to adopt but ended up falling in love with her! By the time she was rescued, she was critically ill. If that’s not enough, she was also born with a bone disease that causes her joints to collapse and become inflamed.

She’s such a fighter and has overcome such incredible odds! Her infections are gone and her joints are doing so much better thanks to Golden Paste. Her hair is finally growing back in, too. 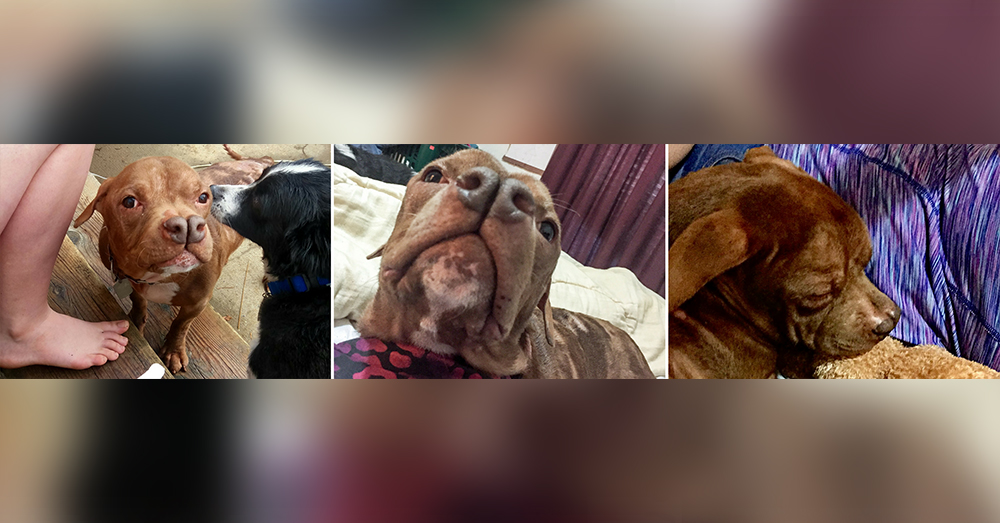 Picasso’s vet also believes that she started out as two babies in utero, and then combined into one, not only because of her double nose but because of the indentation in the middle of her snout up to her forehead.

She has allergic dermatitis, grain allergies, and breathing issues to where she may need a second surgery. Despite all this and what she’s been through, she’s amazingly happy, loving and sweet! 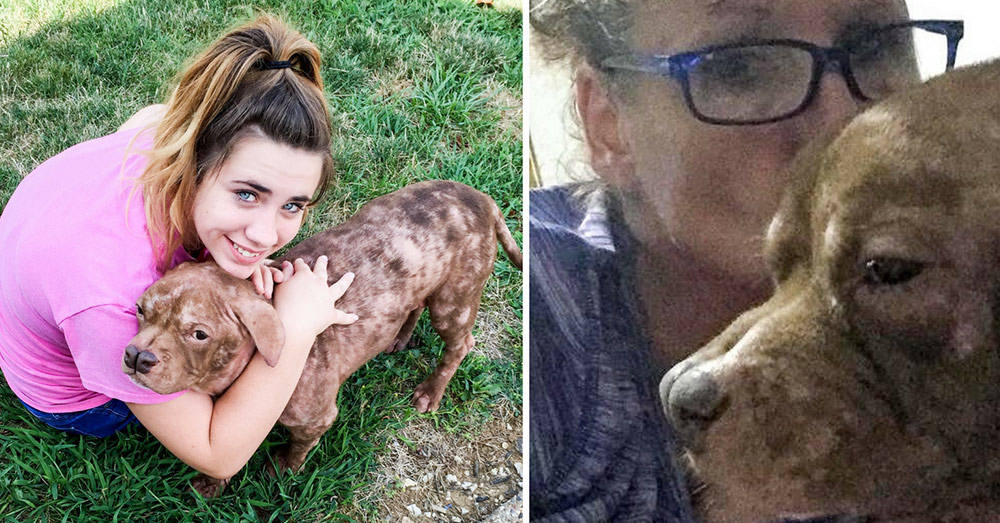