After having both rescued and fostered dogs in the past, Owen’s furever mom always told herself that she’d be adopting a full grown female dog when she was finally ready to adopt (the passing of her senior pup who she’d adopted broke her heart).

Her reasoning was that puppies get adopted easily and since she would be bringing her dog to work everyday, she couldn’t risk having a boy dog marking all around the school. 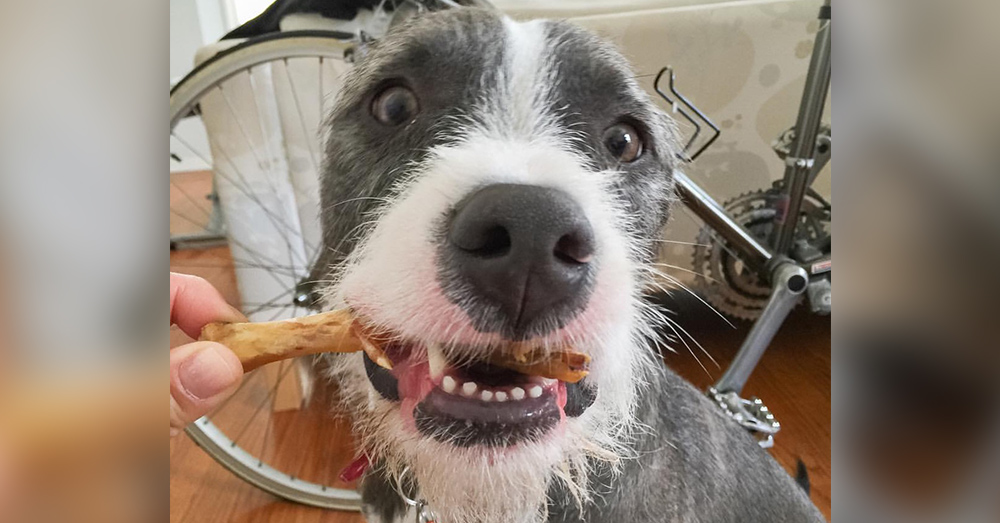 One day, Owen’s mom’s coworker adopted a puppy (Charlie) at a Bark n’ Bitches, a rescue not far from her apartment. She swung by “just to take a look” — famous last words– and the rest is history! The minute she saw Owen, she HAD to have him.

She remembers walking in circles inside the rescue, holding his fat puppy body against hers, grappling with the guilt of adopting a puppy, wondering what it was going to be like bringing a pit bull to a preschool everyday, and if she should be adopting the little girl puppy instead. In the end, she surrendered to fate and adopted Owen. 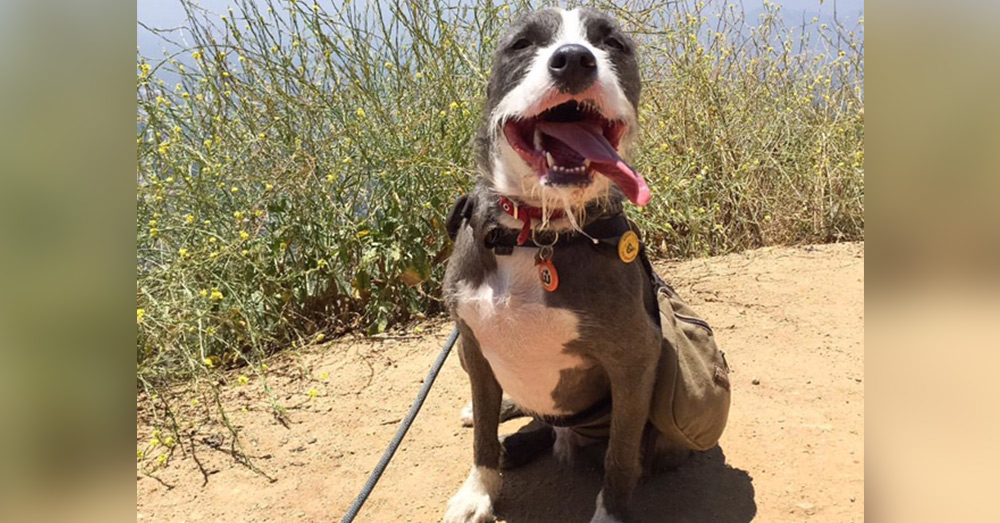 Owen is now the apple of his mom’s eye and she loves him for all his wonderful and weirdo ways. He has helped her connect to such a wonderful community of rescue folks — in person and online. They all cherish their small role in helping those around them realize that pit bulls are wonderful dogs.

Whether it is a friend who has seen that not all pit bulls are vicious or a neighbor they pass whose opinion they might change just a little bit, every single day.

We are ringing fall in with this cute bow tie that @okidoggypets made 🍂 -- they're even calling it the "Owen" bow tie and collar. 😂 If you use the code OWEN10 at checkout, you get 10% off *and* $5 will go to hurricane relief. Win, win! Let us know if you get one - you will be twinning with Owen and @chinapelada! 💕

Owen vs GoPro 📽 (He's scared of it 😂) #shocking #mypitbullisaweenie

The two ladies of @localpetmarket dressed Owen up like this and declared him the cutest banana in all the land. 🍌 😂 #itsalmosthalloween (📷: @hellokingston)

Owen's two #mcm are @roccothepitbull and @andypawker! 🐶🐶 We met up with them yesterday and they brought part of their extensive hat collection. 😂👒🎩🎓⛑

After kayaking, we swung by @localpetmarket in Huntington Beach to check it out... and it turned into a carnival for Owen and Kingston. 🎉 The people there played with them for like 45 minutes non-stop and were so, so nice. And when I say play, I mean PLAY -- on the floor, kisses on the nose, tug of war, the works. We love dog people! ❤️

Owen sat just like this for two hours. 🚣🏻‍♀️ Not bad at all for his first time out. When people saw our small fleet of three kayaks go by with a pitbull in a life jacket in each one, they were pretty charmed. ✨😂💕 We got a lot of waves and hellos. ❤️ (📷:@hellokingston) #pitpackkayak

Last week, we celebrated my friend's birthday by going to the Wizarding World of Harry Potter and my friend passed these glasses out as a party favor. 🤓 There was a request for Owen to wear them so... here it is! hahaha. 😬#tgif #hesnotafan

A slightly cooler day and a walk made all the difference for this little man! 🏃🏻💕 Thank you to everyone who was so sweet yesterday. (And thank you especially to those who shared stories of their dogs being weenies too. 😂)

We went to a family BBQ last night and my little nephew spent a fair portion of the night handing out treats to all of the dogs. 💕 Obviously, Owen was an immediate fan and spent the night gently taking treats from J. 😍 #lookattheirshadows #omg #owenalbuseats

When you're the same but you're different but really the same. 🐶🐶 These two make my heart so happy. #brothersfromthesamemother (📷: @laura__biebs @rysmith) #aretheyforreal

I'm not quite sure what this sitting position is all about, but I like it. ✨😁

We kicked off our Labor Day with a hike with @lifewithlaker and @wigglymutts. 🌲🐾🌾 I've been avoiding hikes like the plague these last couple months because Owen and I don't do well in the heat, but it was pretty cool in the morning today and we survived! 🎉 (It was also basically a stroll on a dirt path with zero incline so... that helped. 😁) #laborday #fivesmilingdingdongs

Just like that, our housesitting stint has come to an end. 🏡 ( And yes, my parents brought back leis for all three dogs. 😂)

When I adopted Owen, the rescue people told me that he lost his mom too early and that keeping him full of nutrients and food was important. 😭 So here he is sleeping with his very full belly. 😍 #littlepuppypeen #littlepuppyballs #littlelittlelittle

It's been really really hot in Los Angeles lately. ☀️☀️☀️ This drool situation happened within 10 minutes of standing in the shade. Neither Owen nor I are do very well in hot weather so we'd really appreciate it if it cooled off a bit. 😐 (but I am a *little* thankful for it because I got to see the very rare triple tusk 😂) #afaceonlytheobsessedcouldlove

It's pretty warm in Los Angeles today and it has me dreaming about Owen's sand beard and being at the ocean. ☀️🦁💕 #sandyscruff

We had a wonderful 4th of July with @pittiepittiebangbang and @joggerlove (and Leah 🙋🏻 who was *so* over the frolicking young dogs running to and fro) ✨ P.S. When Owen gets super happy and tired, we get the side sit/floppy tongue action. 💕

Janine had treats and he really, really wanted some. 😍😂 (Fact: I screamed when she sent me this pic) #thepaw

Rescued Chance Helps His Family Heal: Click “Next” below!