It had been nearly four years since Michelle and Rick’s beloved Beagle/Chihuahua had crossed the rainbow bridge and Michelle found herself starting to search rescue sites to see if it might be time to rescue another dog in need.

They headed over to one of the local St. Louis, MO rescues and met several pups who were waiting for their forever homes. One of the workers brought out a little pug recently rescued from a puppy mill and the minute Michelle held her, she knew she was meant to be part of their family! 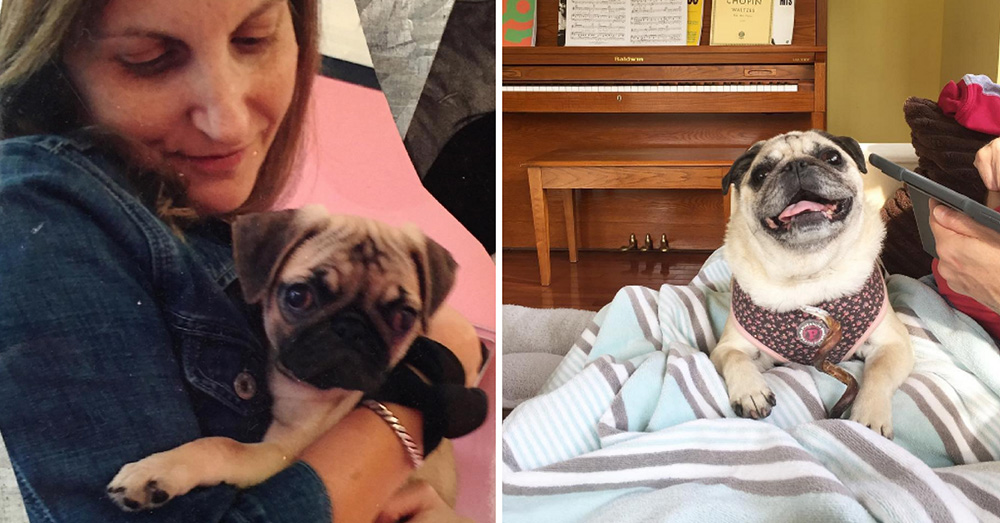 She was three months old and they were told she had some vision problems, but they didn’t know exactly what those problems were or what that would mean for them down the road. Michelle and Rick didn’t let that hold them back and the they brought her home the next day!

Michelle and her daughter chose the name Nellie because they felt it captured her personality: sweet and spirited! 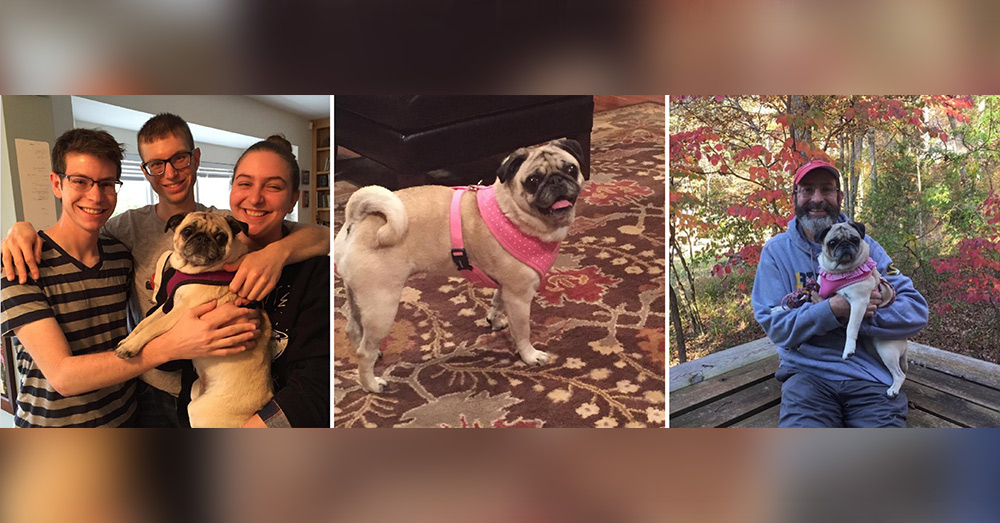 In spite of her first months of life spent in a puppy mill, Nellie was ready to be loved and loved her new forever family back immediately! They never had a puppy before nor had they had a dog with visual impairments. Nellie was so patient with them while they learned how to best take care of her.

After seeing a veterinary ophthalmologist, they learned she had pigmentary keratopathy, one of the most common eye diseases of pugs. Over the past nine years, her eyesight has declined to about 5-10 percent, but her family continues to give her twice-daily eyedrops in an effort to halt further deterioration.

Preventing a fall is one of their primary goals, so they installed baby gates to keep her safe.Nellie’s lack of sight doesn’t prevent her from playing with other fur friends or interacting with people. Nellie adores all kinds of social contact! 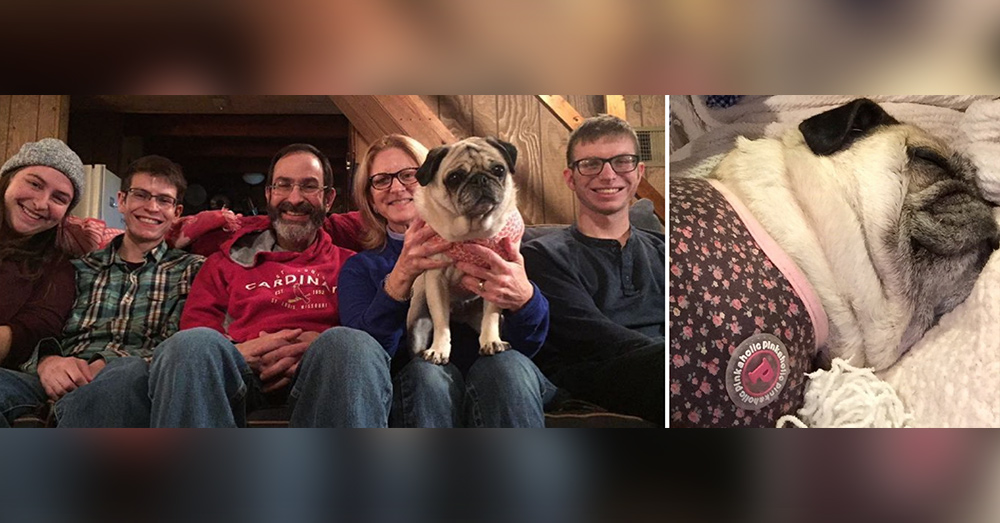 Nellie embodies everything that is positive in this world! She is the most gentle and loving dog and reminds her family to enjoy the little things in life…whether it’s finding a sunbeam, getting peanut butter snackies or snuggling together on a soft blankie! 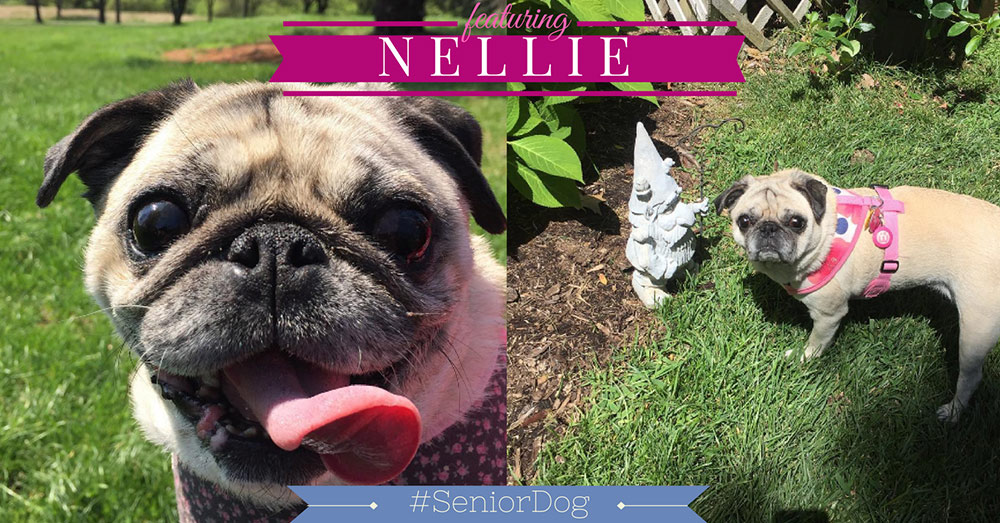 This family is so thankful they found Nellie and that Nellie found them! Adopt don’t shop!

Gilbert Is No Longer A Fighter, He’s A Lover: Click “Next” below!