Ontario Family Stops At Nothing To Bring Dog Home From Korea

Finn’s forever parents had been researching dogs for a long time, trying to find a dog that they would be perfectly suited for and who would be happy with their lifestyle. They came across the Korean Jindo in their searches and fell in love with the breed. However, after much searching and researching, they couldn’t find any Jindos available in Ontario at the time, and discovered how many needed rescuing in Korea.

After reading a magazine article, they learned about Toronto based Free Korean Dogs, and checked out their website. 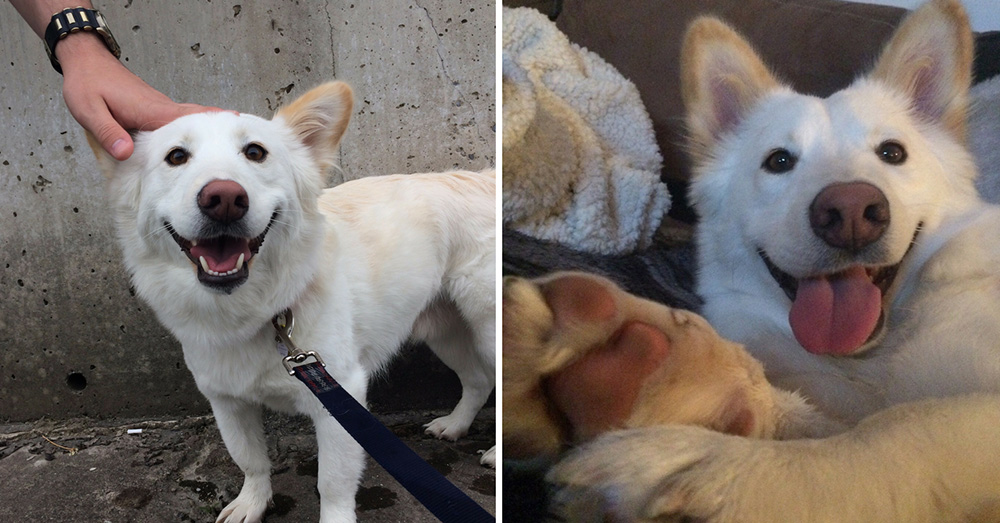 That’s when Finn’s forever mom came across his profile…and it was love at first sight! His name was ‘Milky’ back then. A white Jindo mix who was looking for a home. She watched his videos over and over and asked lots of questions about him (since he was in Korea and they couldn’t meet him in person). After much discussion, filling out applications and numerous interviews, they were approved to adopt Finn.

Once they found a volunteer who was traveling from Korea to Toronto to bring Finn with them, the adoption date was set! Finn’s parents picked him up at the airport on November 20th and braved a terrible snow storm on the way home. 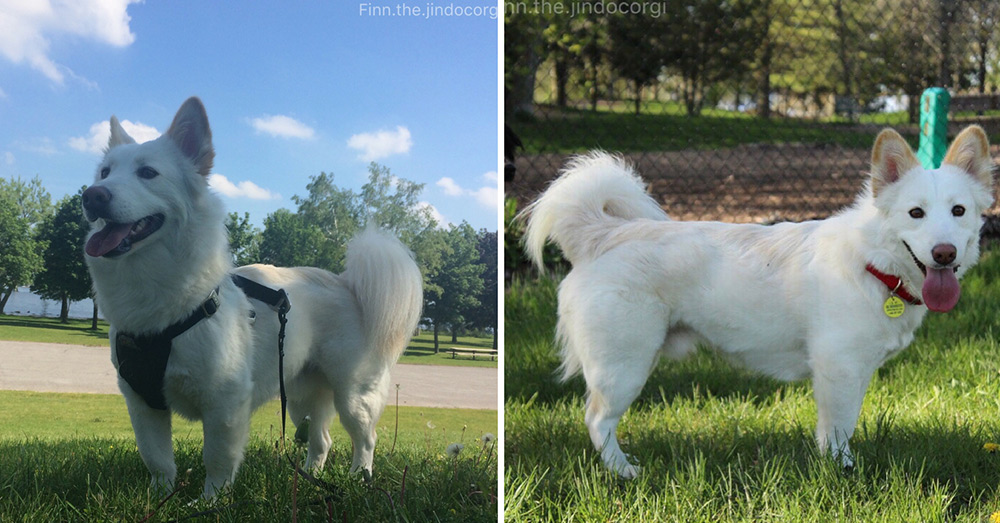 Finn was pretty scared of everything when his parents first brought him home, and it broke their hearts to see this adorable dog so sad and untrusting. He was afraid of everything and everyone. But within the first week, he was sitting on the couch with his new family and was already starting to come around. Everyday after, he impressed his parents and made them so proud with his bravery and progress. 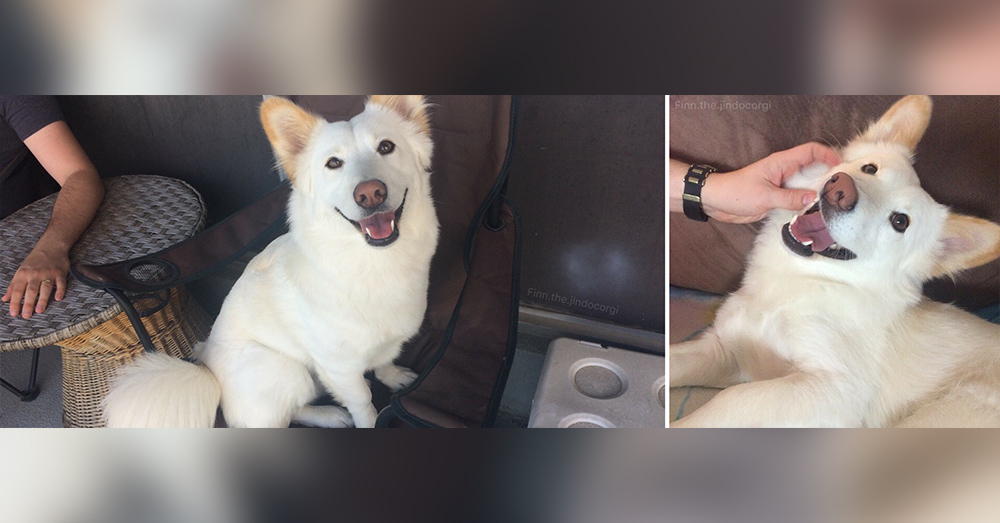 Now, ten months later, Finn has come so far. He is the perfect dog! Happy and smiley, he loves being with his humans and always greets them with so much excitement and a waggy tail when they come home. He loves meeting new dogs and happily greets everyone he meets with a boop of his nose on their leg. In fact, he loves to boop everything with his nose! He very rarely barks unless he absolutely needs to. Even though he had never lived in a home before, he has never had an accident inside, which amazed his parents! 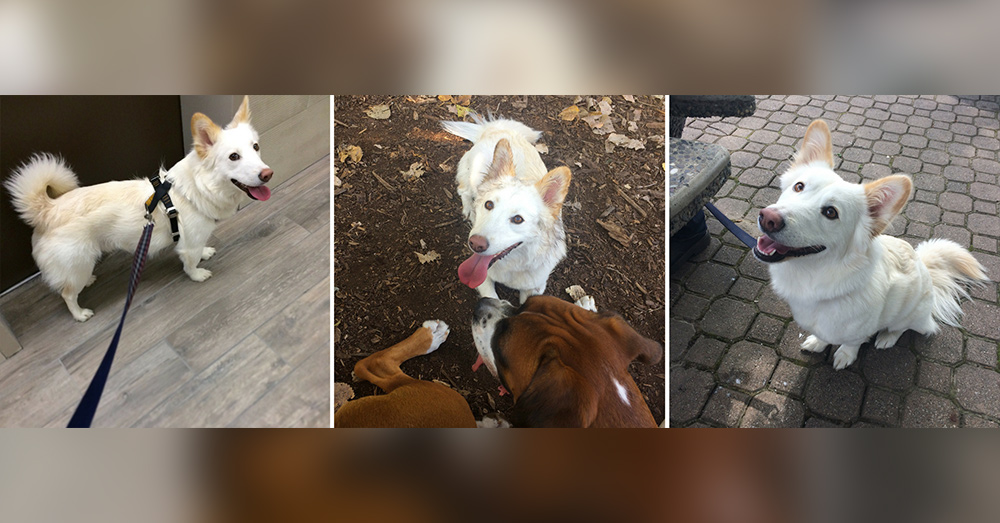 Finn loves when they are all home together as a family. He has his spot on the couch where he always lays while they watch TV. He adores going for walks together and going to the dog park to play and run! He runs like crazy!! Even with his shorter legs, he can outrun most dogs he meets! Finn still doesn’t quite understand the point of toys yet, unless they are a puzzle toy that dispenses treats. He is very smart and figures his puzzle toys out too quickly! The only none treat toy that he loves to snuggle is his plush foxy. 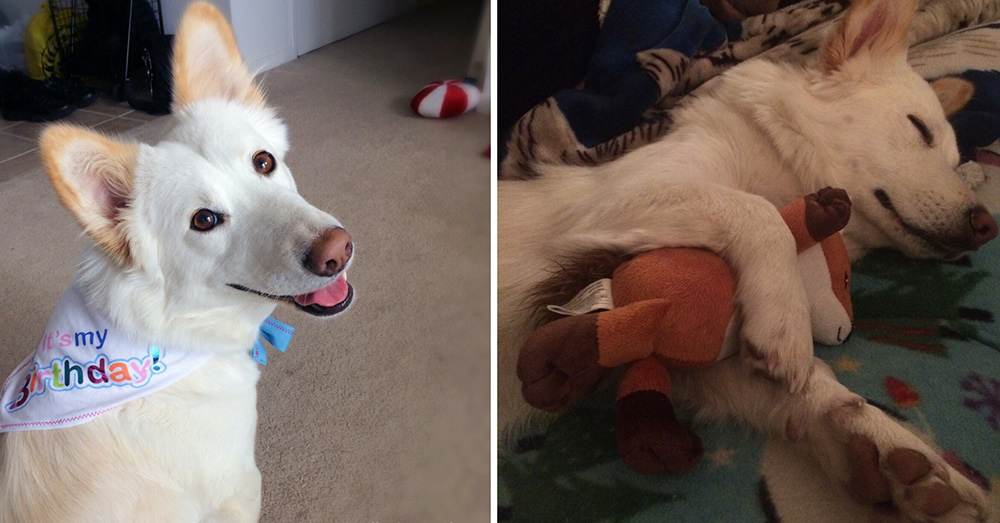 Finn’s parents adore him and are so proud of how brave he has been and how far he has come in such a short time! Even though he had a rough start to life, he loves everyone now and is always smiling. 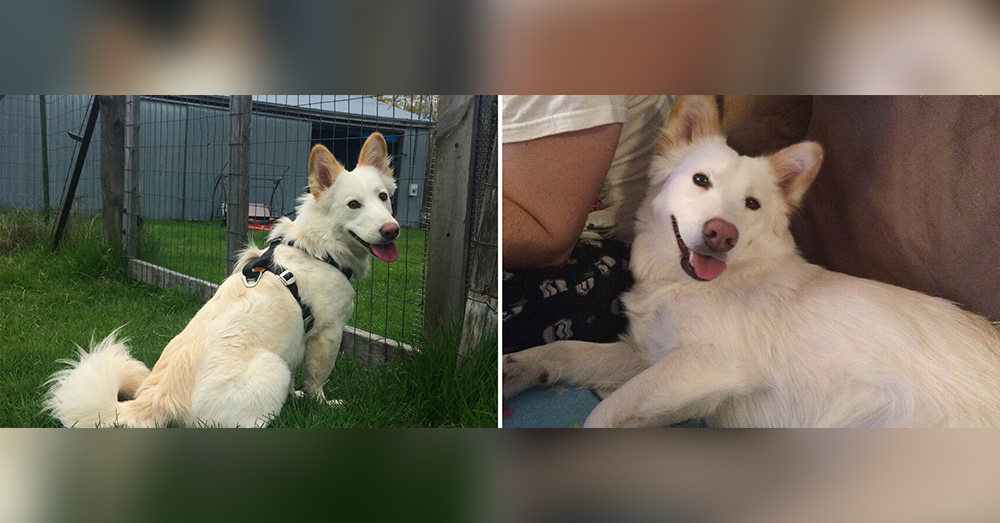 Finn’s parents believe in compassion without borders. It shouldn’t matter where a dog is from as long as a life is saved and a dog finds a loving forever home. There are dogs all over the world that are in need of loving homes.