Bambina was dropped off at Hillsborough County Pet Resource Center (Tampa’s animal control) as a stray. The person who turned her in said she was seen roaming the neighborhood for two or three days. Bambina’s forever mom works there as a Certified Veterinary Technician and just happened to walk by when she was being dropped off.

It was love at first sight and she immediately adopted her! 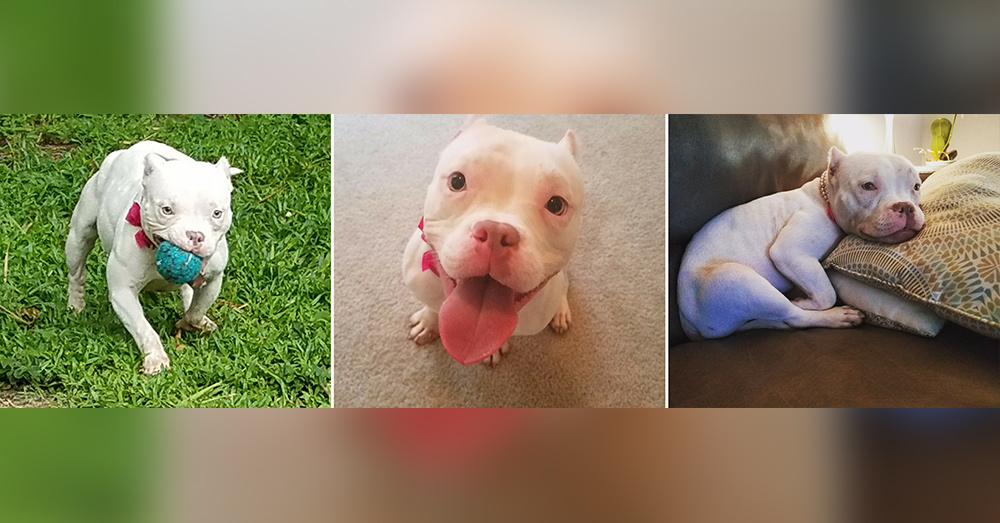 Bambina is about nine months old and about 22lbs — the smallest “bully mix” her mom has ever seen! 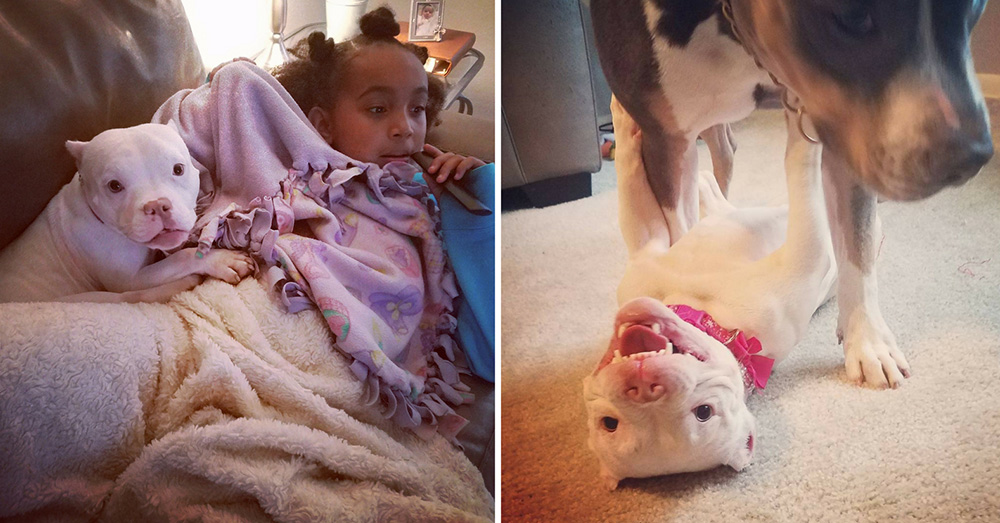 Bambina is SUPER lovable and can cuddle ALL day! She has an older dog brother and an older human sister…both of whom she loves to play with! She also enjoys cuddling and playing dress up with her human sis. 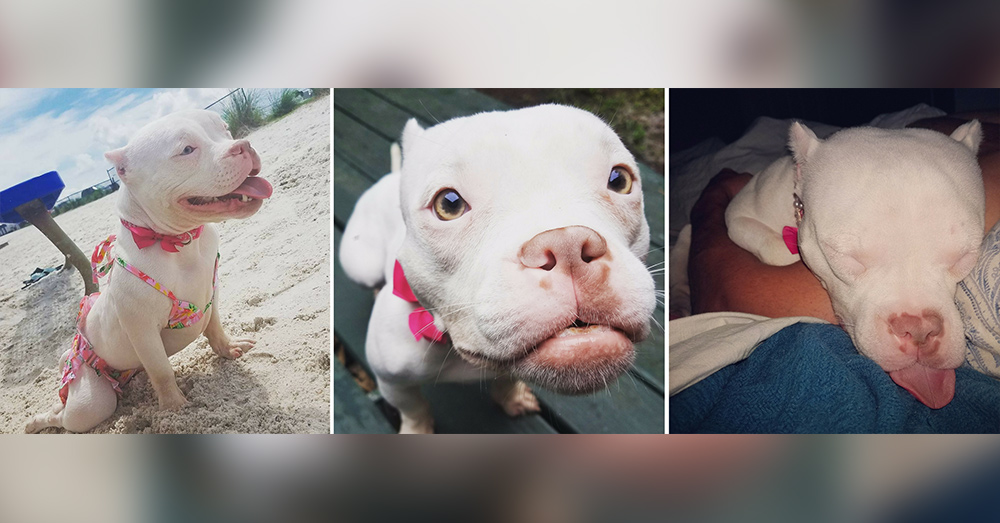 Bambina’s forever family believes that Gnocchi, their beloved rescue dog who recently passed away, sent Bambina their way. She has been a great comfort to them during a difficult time. She is also their first female dog in a while, and she has truly completed their family.

#TBT to the days I was locked up at the shelter. I was lucky because I only had to spend 4 days there. Other doggies aren't. So spread the word, ADOPT DON'T SHOP. Also, don't mind my nakedness 😳 #dogs #dogsofinstagram #puppy #puppylove #cute #adorable #americanbully #bullymix #pitbull #pitbullsofinstagram #terrier #apbt_showcase #adoptthecropped #adoptdontshop #rescuepet #shelterpet #like4like #followforfollow #l4l #f4f

Rescued Cher Loves To Hike, And Now She's Setting Records!: Click “Next” below!