Always wanted a cat but can’t have one because of allergies? Well, science may now be close to having a solution for you.

Back in June 2019, Purina released the news that they may have found a potential method of subsiding cat allergies by feeding cats an egg product that is a natural allergen-antibody – and which has the ability to reduce a cat’s active Fel d1 levels. 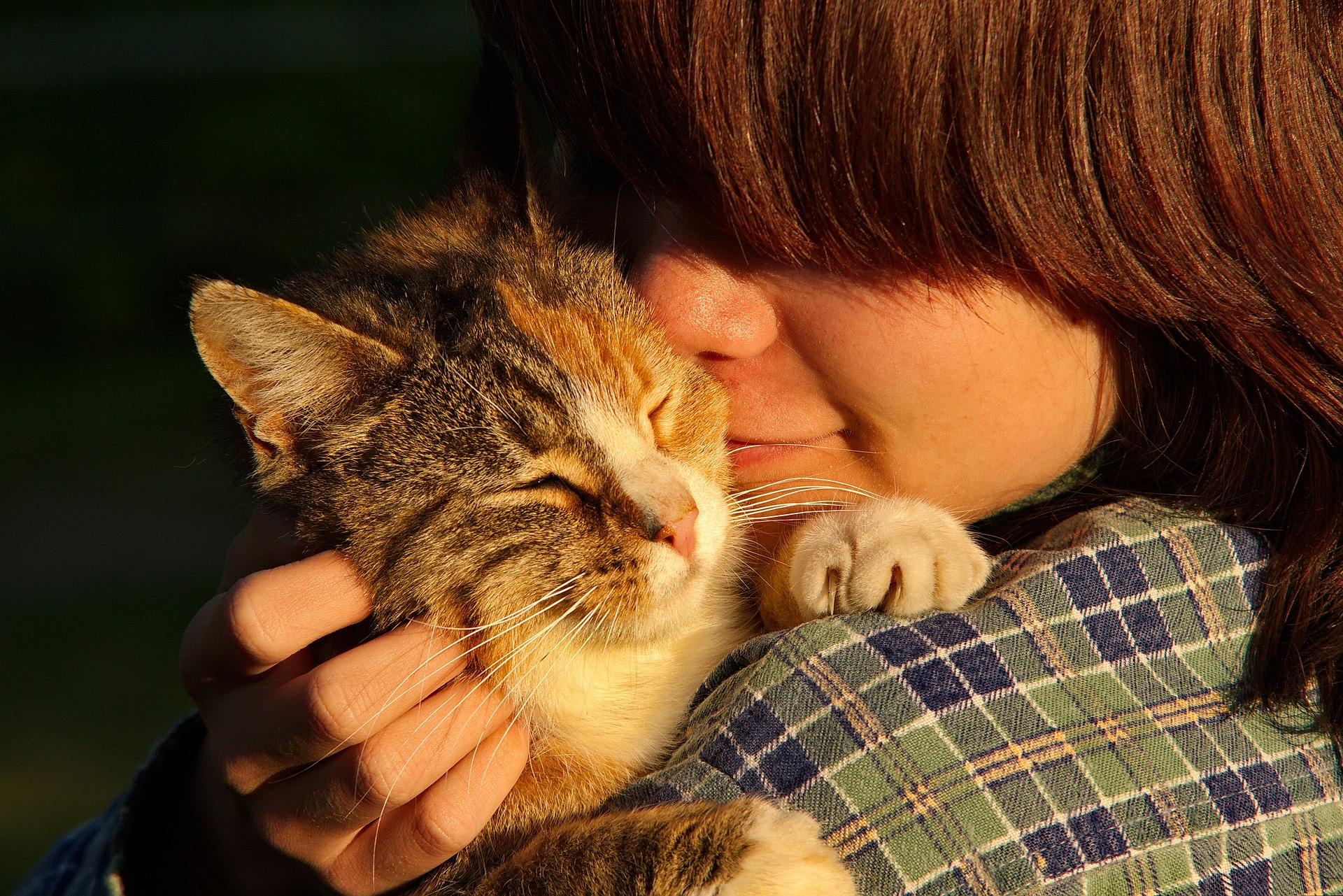 For those who don’t know, Fel d1 is the allergen that causes the majority of cat allergies. It is typically found in a cat’s saliva, however, most humans come in contact with Fel d1 through a cat’s dander, since it gets transferred to the fur through the process of self-grooming.

Following more than a decade of research, scientists with Purina Pro Plan have discovered a way to deal with this discovery while using a cat food that can provide allergy alleviation benefits to cat owners or potential cat owners.

As Purina Pro Plan LiveClear wrote back in April, “the first and only cat food that reduces the allergens in cat hair and dander.” 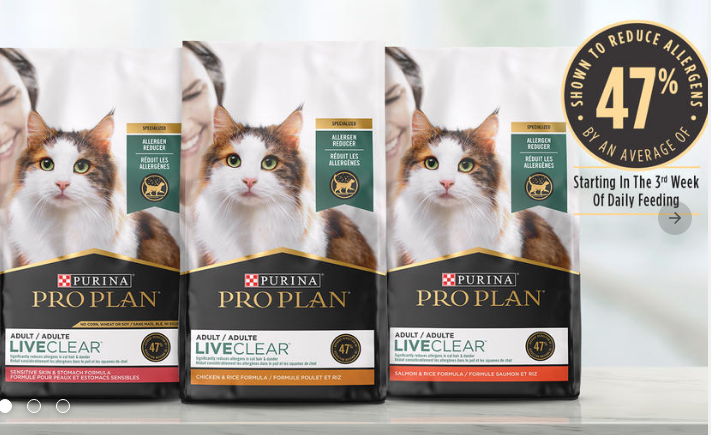 In a statement for PEOPLE, Purina said, “This breakthrough diet is the culmination of more than a decade of Purina research dedicated to finding a safe, effective way to address a problem that impacts countless cat-owning households worldwide. When fed daily, LiveClear significantly reduces the allergens in cat hair and dander in as little as three weeks. It is outstanding nutrition that has the power to change lives, helping cat owners be closer together with the cats they love.”

The egg product was discovered by Purina scientists to be a natural allergen-antibody for Fel d1. Therefore, it is the key ingredient in Purina food. The way it works is it binds itself to the Fel d1 that is present in a cat’s mouth during feeding time and safely neutralizes the allergen before a cat can begin self-grooming.

Dr. Ebenezer Satyaraj, Ph.D. is an immunologist with Nestlé Purina who worked on the project. Speaking with PEOPLE about the testing process, he revealed, “Eighty-six percent of cats had a 30% reduction, 50% had a 50% reduction, and on average there was a 47% reduction of active Fel d1 on cats’ hair starting with the third week of daily feeding. This means that Pro Plan LiveClear neutralizes enough of the allergen so that cats who typically disperse moderate or high levels of active Fel d1 from their saliva now disperse low or moderate levels of active Fel d1 from their saliva. I like to think of it as the red/yellow/green levels you see on the Weather channel when it comes to environmental allergen counts. LiveClear is neutralizing enough of the cat allergen to move from a red or yellow count to a yellow or green count.” 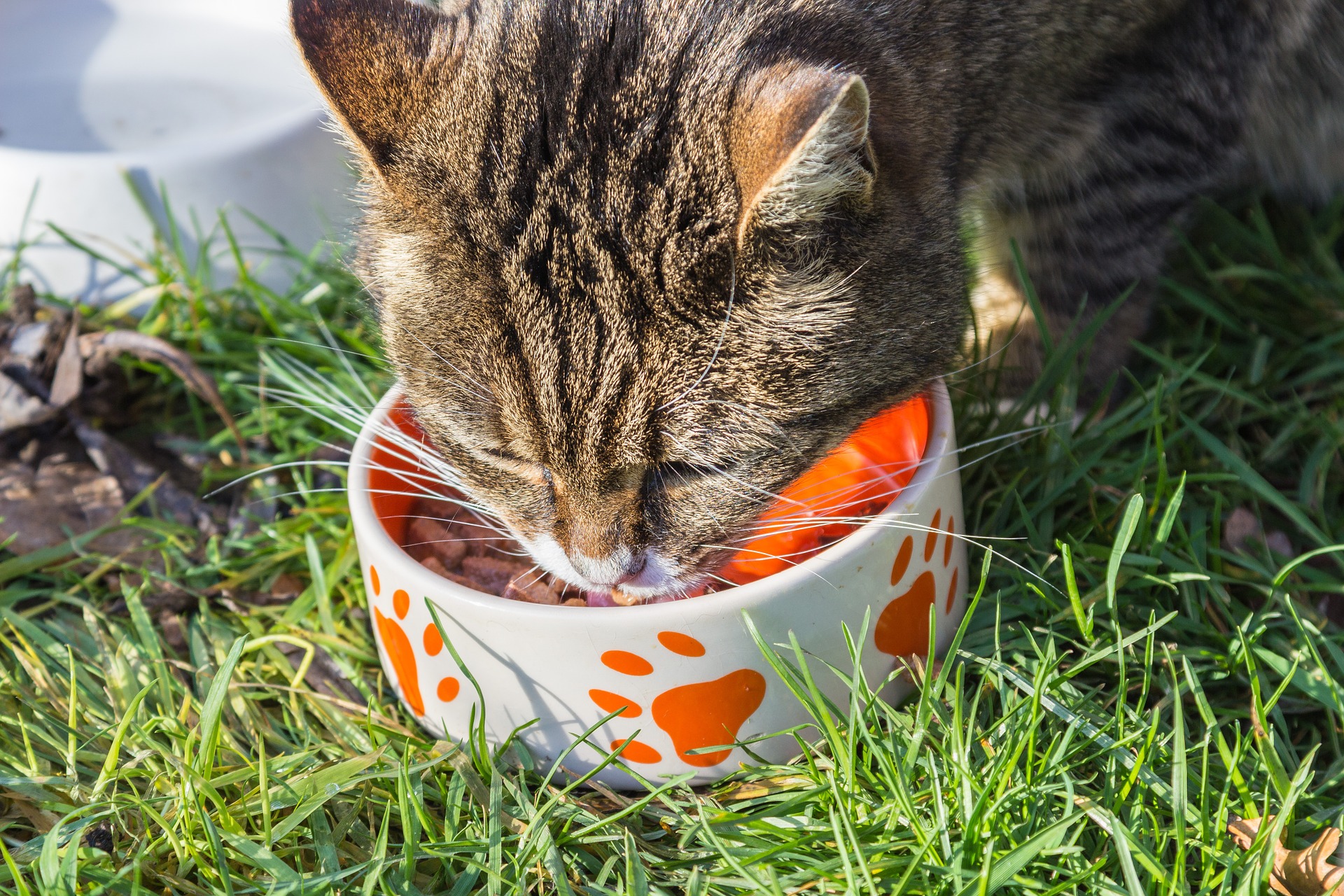 Purina Pro Plan was most concerned about feline well-being rather than human comfort. The pet food company admitted that they didn’t release the new food until they were certain that the cat food wouldn’t have any negative impacts on the health of the cats.

Dr. Satyaraj said, “Pro Plan LiveClear doesn’t affect the cat’s overall physiology. In fact, the cat will continue to produce allergens and shed as normal. The key ingredient in LiveClear, which is a specific protein found in eggs, simply binds to the Fel d1 allergen in cats’ saliva and neutralizes it, safely, in the cat’s mouth. The cat will safely digest this egg product ingredient like all other proteins. As odd as it sounds, at this time, the scientific community does not know the exact function of Fel d1. That is why we felt it was extremely important to identify an allergen management approach that does not interfere with the normal production of Fel d1 by the cat or impact the cat’s overall physiology.”

Purina is hoping that between this food and other allergy-reducing strategies, cat owners will be able to reduce their allergies, thus straightening the bond between cats and their owners. Purina is also hoping that this will help more homeless cats get adopted.

To coincide with the release of Purina Pro Plan LiveClear, the company, in addition with the Human Animal Bond Research Institute (HABRI), conducted a survey among 2,062 American adult cat owners in order to get a better understanding of how allergies to cats affect a cat owner’s relationship with their pet.

These are the types of difficulties that Purina Pro Plan is hoping to help solve with their new allergen-reducing cat food – and Dr. Satyaraj happens to be one of them!

Dr. Satyaraj shared, “Personally, this particular area of study around managing cat allergens through pet food had intrigued me once my wife and I learned that my daughter was sensitive to cat allergens. She had always wanted a cat, but due to her sensitivities, we were not able to have one. It was my hope to one day help find a way for cat lovers like my daughter to be able to experience the joy that cat ownership can bring.”

With the dedicated hard work of people like Dr. Satyaraj and many others at Purina, it may just be possible for those with allergies to thoroughly enjoy a cat’s company. And that is always a wonderful thing.

To find out more about the Purina Pro Plan LiveClear, go to their website.