In typical puppy form, Charley the Great Dane is cute, cuddly, goofy, and curious to explore. He has also developed a thing for challenging his owner’s leaf blower, time and time again. Thankfully, Charley’s owner captured all the fun on video for the rest of us who love to watch a silly puppy in action.

Charley’s mom, 39-year-old Jessica Mach, first noticed her puppy furiously barking at the leaf blower while trying to bite the air. As the large puppy takes on the big, bad leaf blower, his gums are hysterically flapping in the wind. 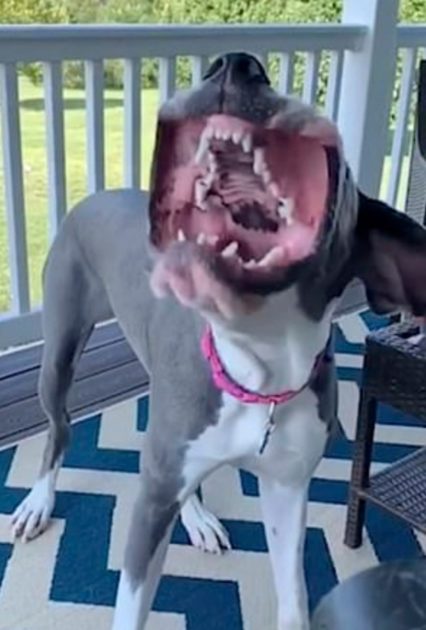 Mach said, “I thought was how she looked like was the spraying poisonous dinosaur from Jurassic Park or the Demogorgon from Stranger Things.”

Charley is a big puppy, weighing in at 110. Charley also gets along great with Winston – his owner’s other dog – who’s an English Bulldog. Mach revealed that Winston has a bit of a leaf blower obsession, so maybe Charley got the habit from Winston? 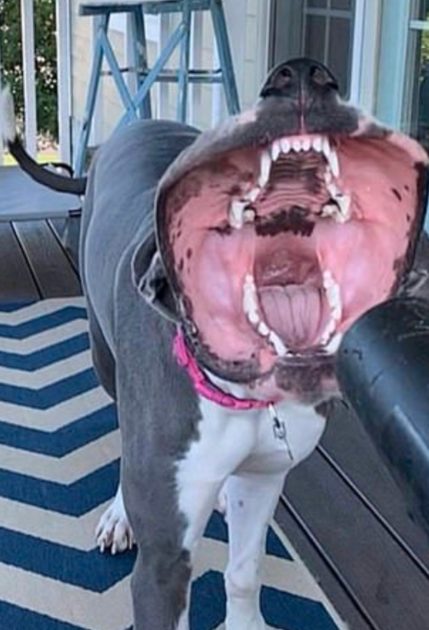 While Mach has admitted that she never expected the video to go viral, but when you see it, you’ll understand why.