Friendships are built on trust, respect, and in the case of a 15-week-old puppy and a brumby (Australian term for wild horse) colt – patience.

An exuberant puppy named Odin was captured walking Mojo, a 10-month-old wild born colt, down a dirt path on a farm in Kalkite, New South Wales. Mojo is in the process of being trained and Odin was more than willing to help. 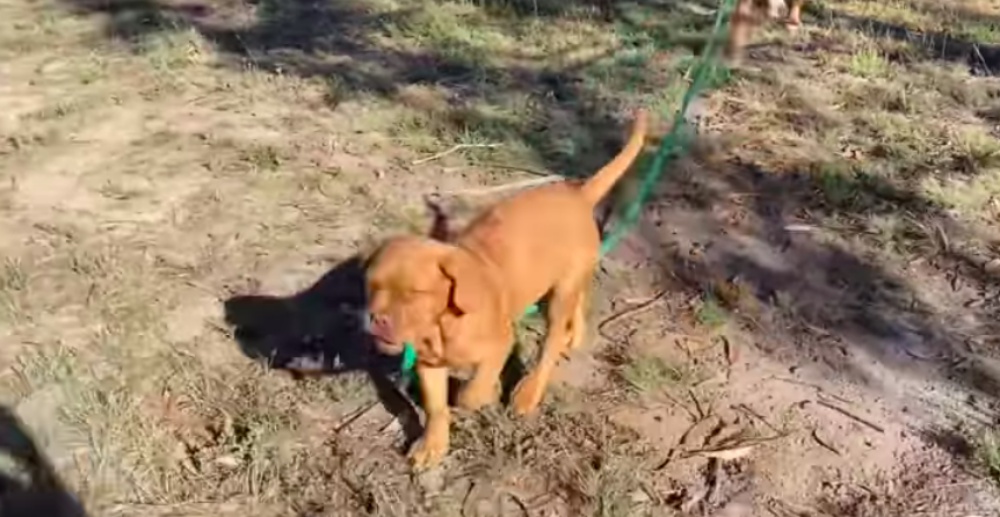 The puppy’s tail never stopped wagging as he took his friend Mojo for a walk by carrying the lead rope in his mouth. 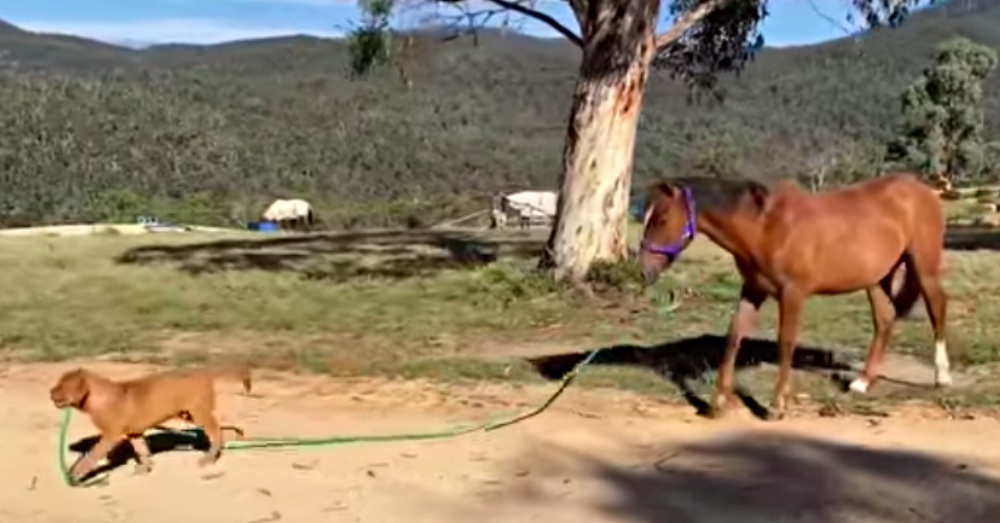 The young horse resisted a little, but Odin remained firm in his mission and continued to tug on the rope until Mojo followed him.

Their owner recorded the adorable interaction and couldn’t help but laugh herself.

Odin proudly strutted in front of his friend until Mojo figured out a way to take control. 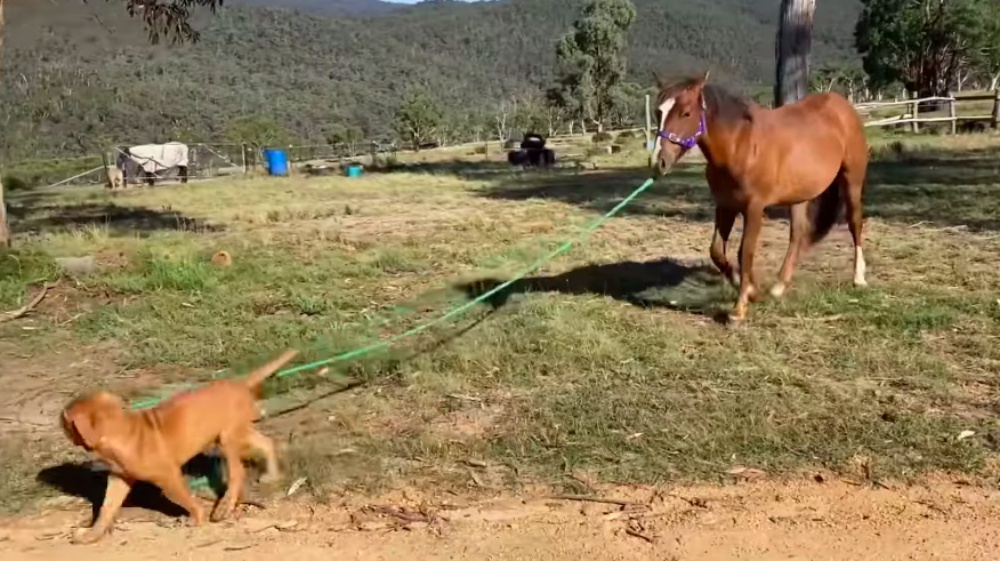 Once the colt had enough, he simply put his foot down on the rope. This brought the puppy to a halt and allowed Mojo a few moments to rest.

Odin continued to tug on the rope as the video came to an end with the owner chuckling as she said, “That’s not fair, Mojo.” 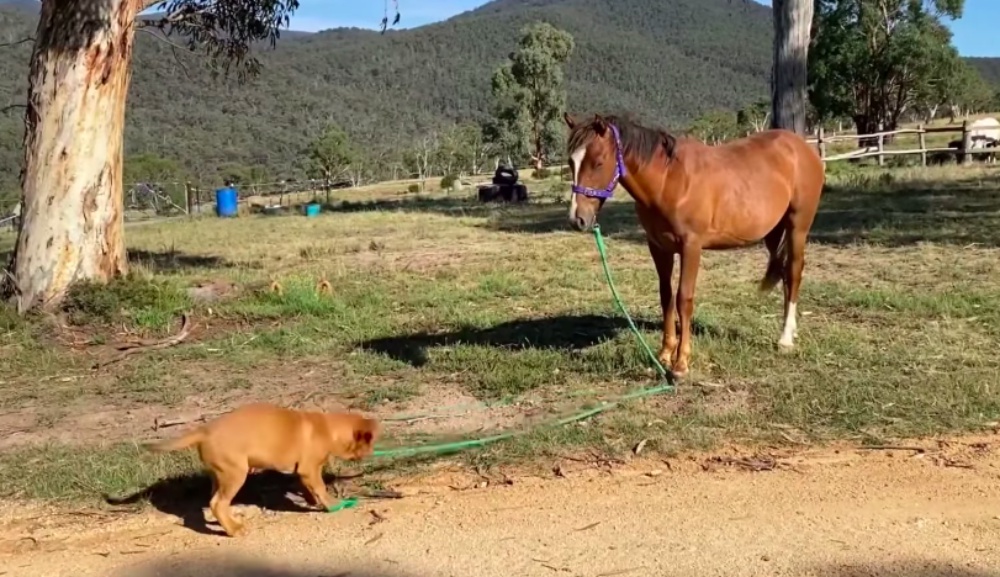 The adorable video has gone viral and their sweet friendship has made the day of thousands of people. One person commented, “So sweet. The pup seems so proud for his accomplishment, and the horse was smart to step on the lead like to say stop I want to graze. Made my heart smile!”

Another said, “Loved this! The last part was the best ,when the horse stepped on the rope. Just saying OK , that’s enough walking me! Started my day perfectly!”

Check out the cute video below and don’t forget to share!