Everyone enjoys a sunny day at the beach, even this adorable puppy. The only way for a dog to truly enjoy the beach is to dig a nice big hole in the sand. However, this puppy is about to learn a life lesson.

Angus, a Golden Retriever puppy, headed to the beach with his parents for some sunshine and digging. He wasted no time in finding the perfect spot to start. His large paws went to work digging deep in the sand to create a hole. At one point, he used his nose to push aside the sand. As he continued to work, he noticed the water was getting closer and closer to his hole. 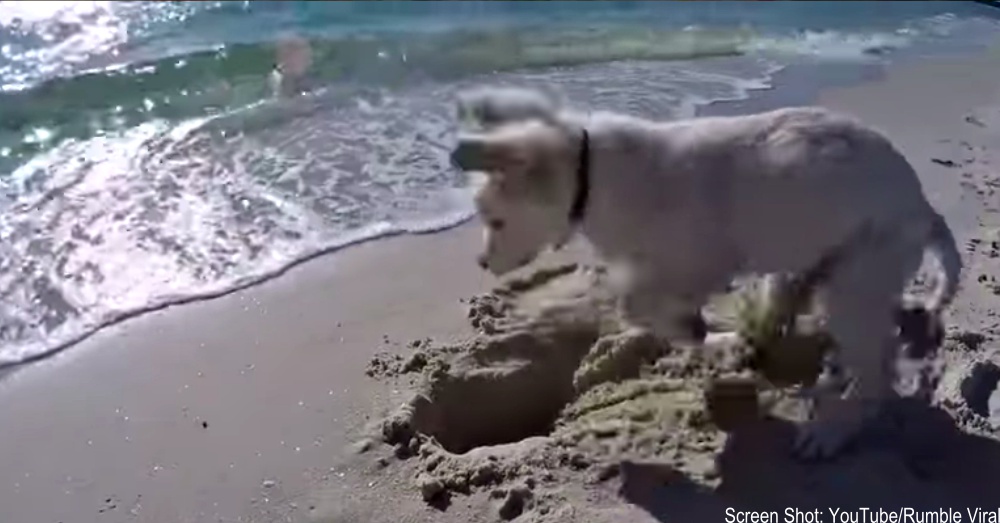 A video captured him barking at the water and then continuing to dig. Unfortunately, his little bark was no match for the mighty ocean. A large wave crashed on the shore and quickly filled in his hole with water. 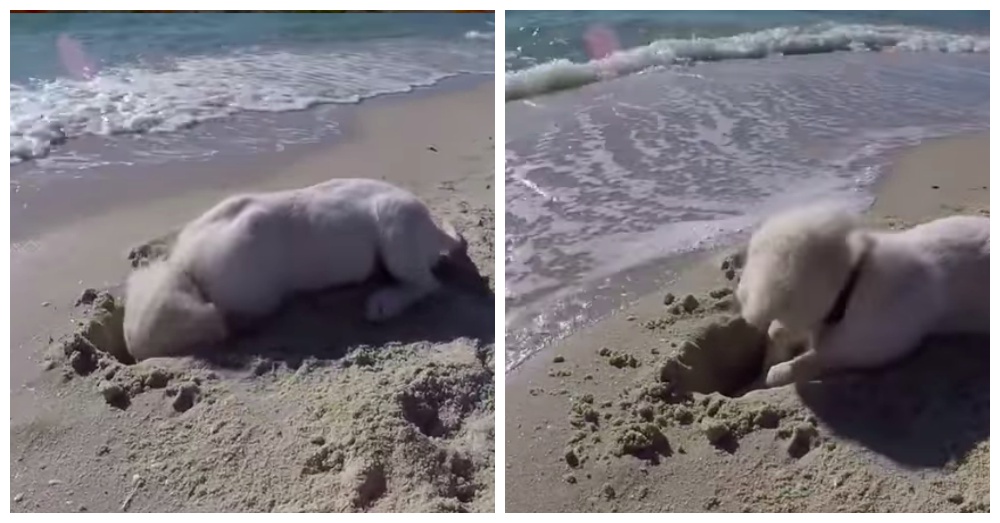 Angus went over to inspect the damage and let out a bark at the ocean in frustration. 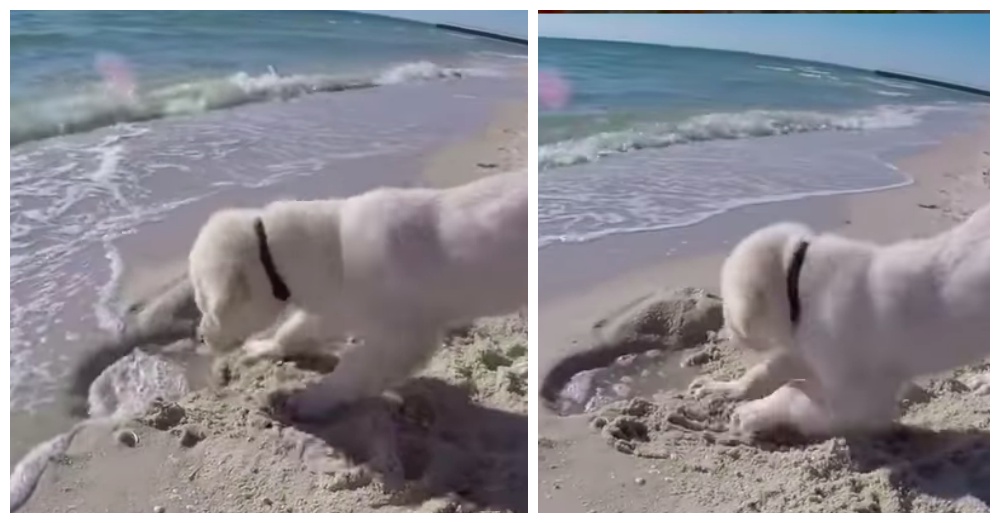 We have all been there and know the frustration that Angus is feeling. The pup just learned in under a minute that ‘life is ruff’.

Watch the adorable puppy in the video below.

Dog Takes Cooling Off To A Whole New Level With Hilarious Antic: Click “Next” below!