Animal Aid Unlimited, a rescue that helps homeless animals in India, received a call about a puppy stuck and drowning in a well. When the rescue team arrived they could hear the puppy crying and whining for help. He was so frightened and was barely staying above water.

The well was full of trash that was actually helping the puppy stay afloat. He was swimming around frantically trying to find a way out. However, the puppy was tiring out and he needed to be rescued. The rescue team responded quickly. One of the rescue team members scaled down the well with rope tied to him. Once he reached the bottom he made his way over to the puppy. 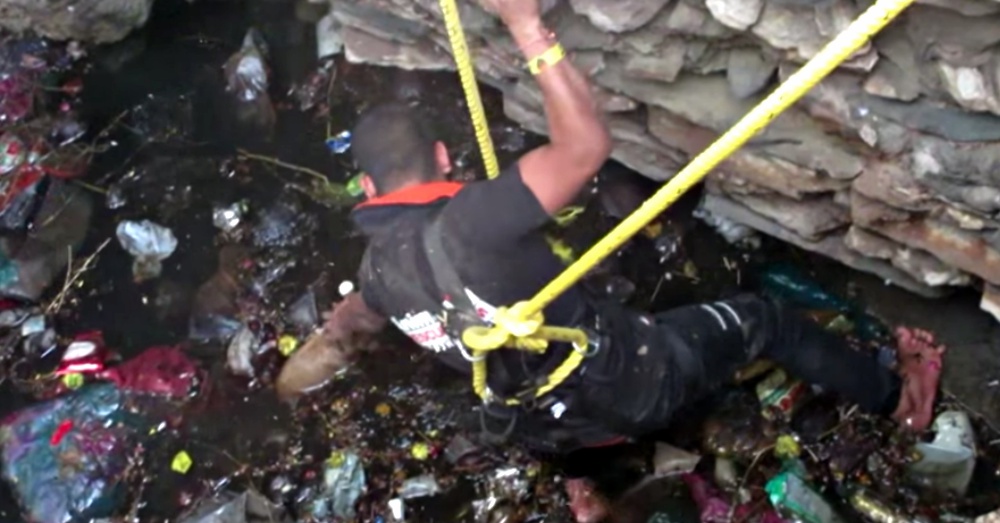 He wrapped his hand around the scared puppy and scooped him into his arms. The rest of the rescue team pulled them to safety. Once they were on dry land, they toweled off the puppy and checked him for injuries. Luckily, he was unharmed and “one brave boy” as a rescuer stated. 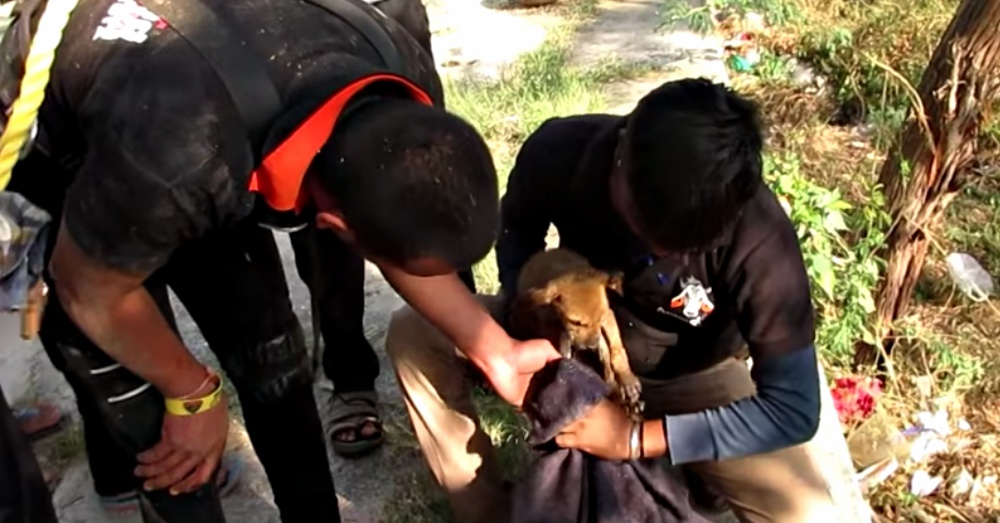 Animal Aid Unlimited works to protect all animals with an ultimate goal of equality and freedom for all animals. The compassionate staff and volunteers have saved over 65,000 animals since they opened in 2002. Their emergency animal life-line provides the community a number to call if they see an injured animal or one in need. The rescue team will come out when called and help the animal.

Thank you for all your life-saving work! Watch the amazing rescue below.

Dog Rescued From Death Row Shows His Gratitude In Viral Photo: Click “Next” below!