Shaila Mahler, an emergency room nurse, is committed to helping people. That’s one reason Mahler works long hours at a local hospital in Concord, California, where she attends to a steady flow of needy patients. It’s also why she wanted to surprise her 4-year-old son with a puppy for his upcoming birthday. The adorable 11-week-old Malinois would keep the boy entertained, and help his busy mom cope with the stress and anxiety of her very demanding job. 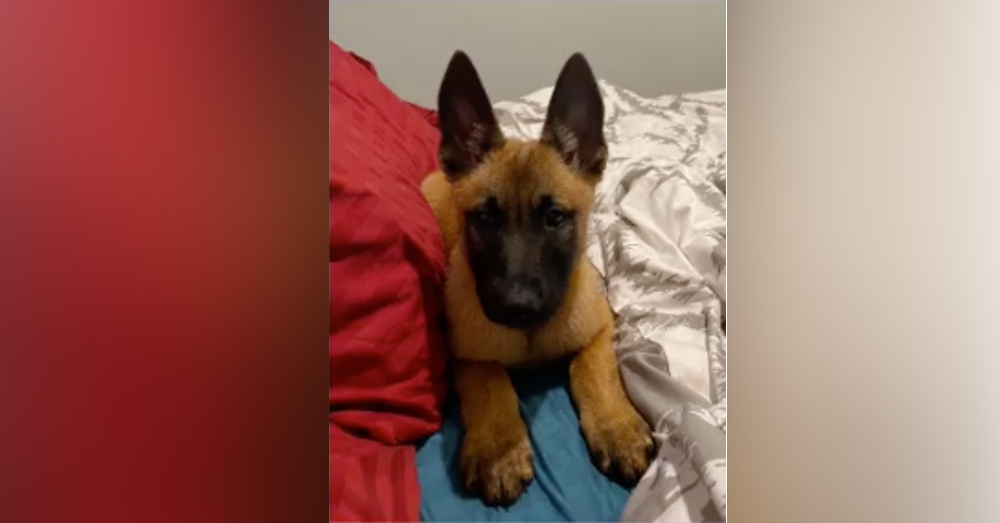 But little Max was stolen just weeks after the nurse brought him home – and before Mahler could even introduce him to her son. “I was shocked and my heart just really dropped,” said the nurse, who had asked her mother to puppy-sit while she worked a Saturday morning shift at the hospital. “I had a complete nausea in my stomach,” she told KTVU. 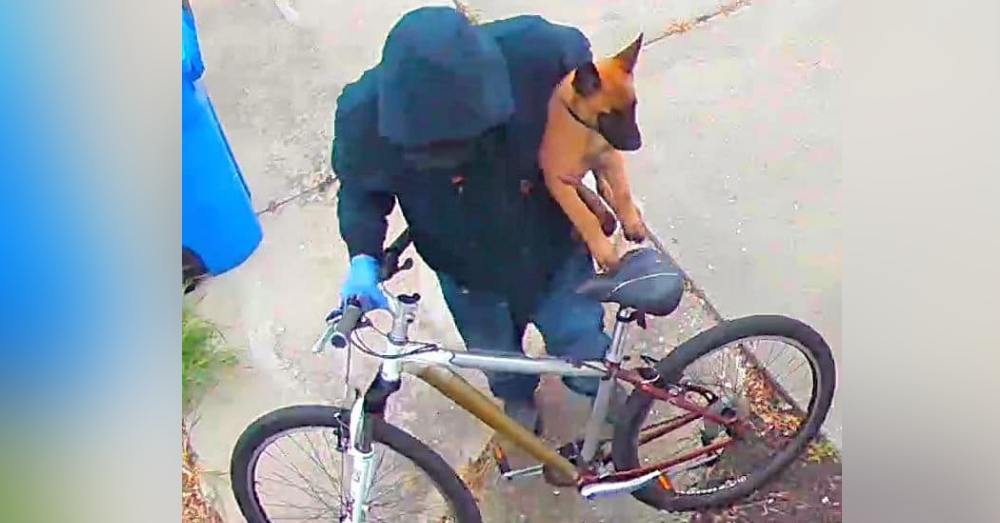 Now police are asking the community for help finding the suspect, who was captured on security cameras wheeling the puppy away on his bicycle. “Warning, you are about to get really mad,” the Concord Police Department wrote on a Facebook post sharing security camera photos and video of the incident.

“The suspect is described as an adult male, wearing a dark hooded sweatshirt (red patches on elbows), dark ball cap, blue jeans, dark shoes, and blue rubber gloves. He carried Max away from the area riding a gold and white bicycle,” officers wrote. 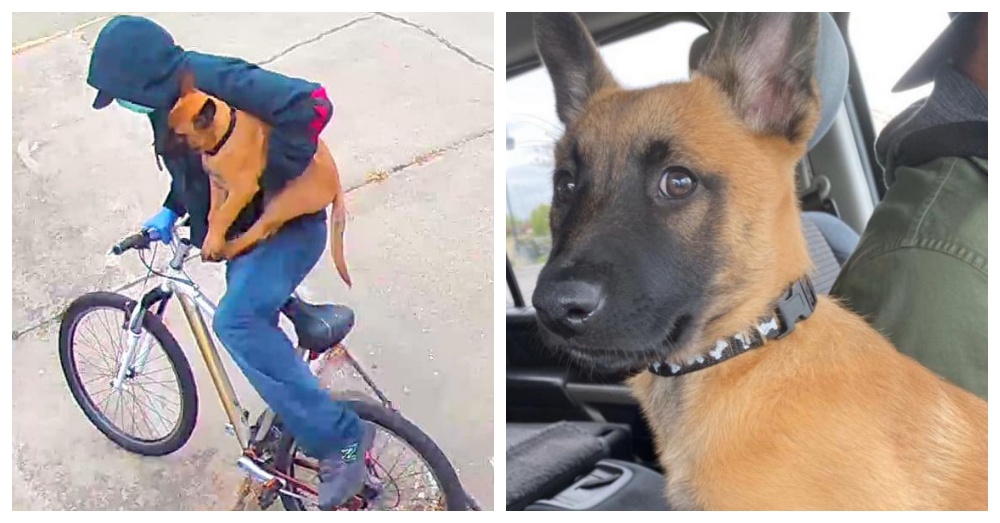 Meanwhile, Mahler – who is just worried about the puppy’s welfare – is offering a cash reward for Max’s safe return, no questions asked. “Our goal was to have him as a loving family dog that could provide security,” she told the station. “If you are the person who took my dog, we are not home right now just drop him off in the backyard.”

Anybody with information about this crime or Max’s current location should immediately contact police at (925) 671-3333 and reference case #20-4193.

Find out more about this infuriating story in the video below