Puppies are irresistible with their adorable faces and unpredictable behavior. They live life to the fullest and make the most of every moment. One determined pup was captured on video trying to perform a perfect flip on his new trampoline.

The viral video was featured on LADbible with the caption, “We bought him a trampoline last week and he’s been trying to do a flip on it ever since.” The video opened with the bulldog puppy leaping onto the trampoline. 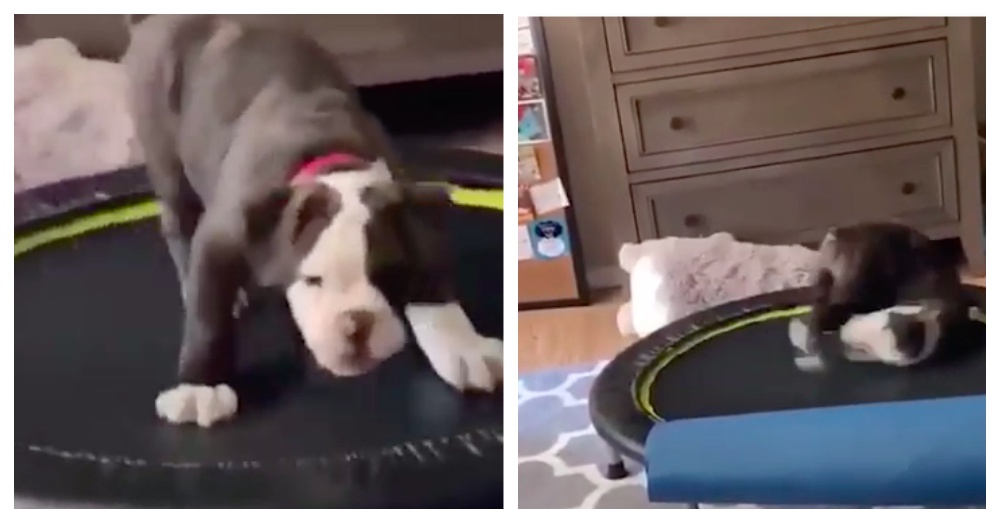 He attempted to do a flip but instead did a sideways somersault, which was still impressive. He rolled off the edge a few times but jumped right back on to try again. The resilient pup continued to attempt a perfect flip, but was only able to do messy somersaults. 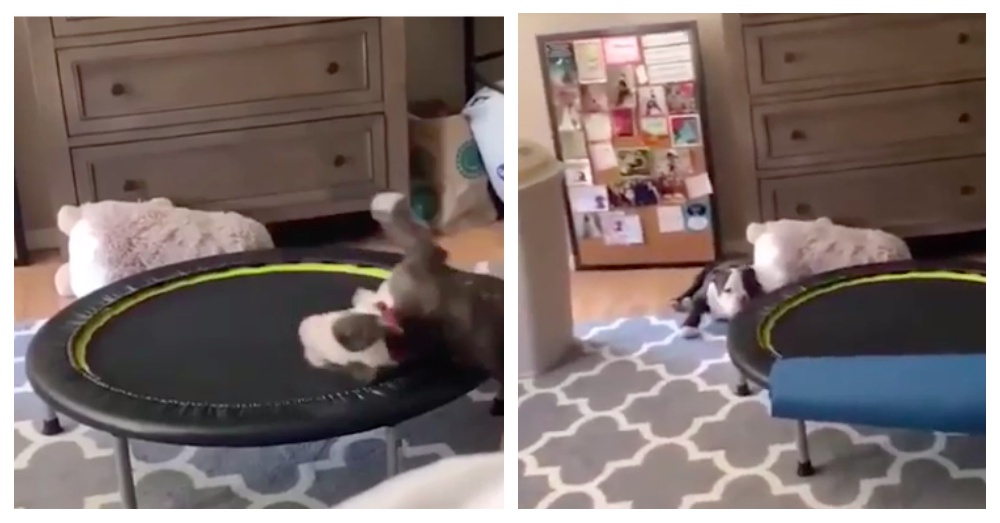 In the background, his mother was laughing at his antics and so is the rest of the world. The video has been viewed over 28 million times. Even though the puppy never does a flip, we give him a 10/10 for effort. 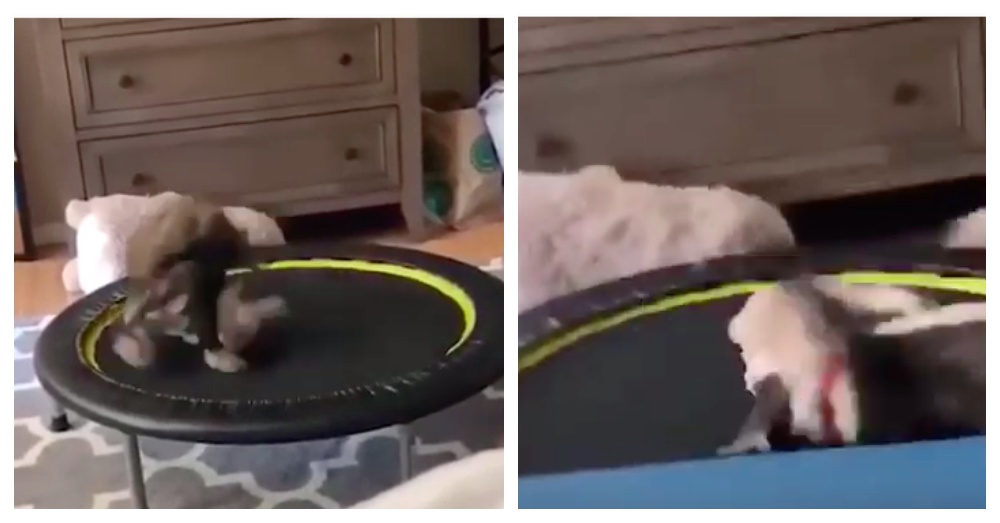 Watch the cute pup try again and again to perfect his flip in the video below. Be sure to share with all your dog-loving friends.