It’s always sad when we hear about a dog being abandoned but sometimes, it just breaks our heart. That is what happened when we heard about a small dog in England that was abandoned by her neglectful parents. The veterinary staff that took her in were instantly taken by her because she had mange so severe, she had essentially lost all of her fur. That being the case, she still had a big heart of her own.

It wasn’t long after this sick little puppy was rescued from her former life that she was able to go right into a forever home. 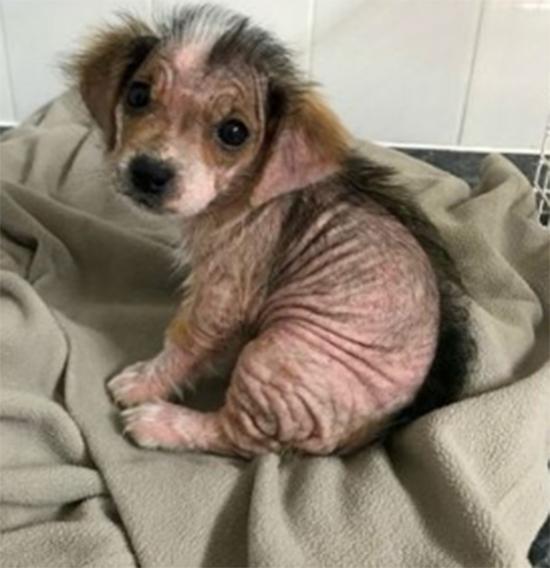 Jessie DeFreitas is a member of the veterinary staff that took care of her. She already had a number of animals at home but she couldn’t help but fall in love with this little pup, Honey.

“When I was told we had a new dog, I had to see her. She may have had mange, but she had beautiful eyes,” DeFreitas told South West News Service (SWNS), a British news agency via Fox 7.

After being freed from her abusive owners, Honey was dropped off at the veterinary office. If she wouldn’t have had that specialized care, she would not have survived. She needed to be cared for constantly, and Jesse was up to the task. She dedicated the time necessary to nurse Honey back to a healthy condition again.

The puppy transformed completely after being cared for 3 months at home. 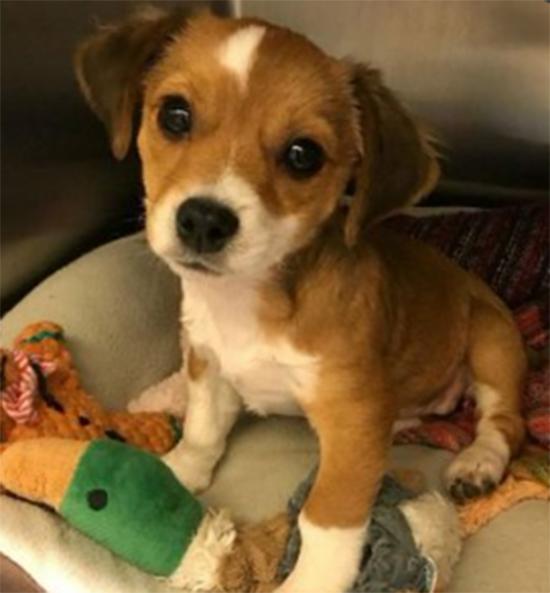 Honey is now called Terra because she can be a happy ‘terror’ at home. She is happy, healthy, loving and everything you would expect such an adorable puppy to be.

“She’s recovered really well. You can see it in her eyes– she’s become happier and happier,” she said. “She’s amazing. She’s just the kindest and sweetest thing.”

The American Kennel Club (AKC) defines mange as a “horrible, painful” skin disease caused by mites. Mange is common in puppies and dogs that are neglected, abused or who are strays. https://t.co/5minBXvvdL

Terra is living the good life in her forever home. She may have had a bad start in life and suffered through some difficult mange but, thanks to her new mom, she has a new lease on life.

Tennessee Woman Jumps Into Frozen Pool To Rescue Her Dog: Click “Next” below!