The Beatles once said, “I get by with a little help from my friends.” And a very lucky dog, who had his head stuck inside a tire rim, definitely was in need of some friends to help him out. In the process, this adorable little puppy also managed to earn himself a new nickname as well.

The Riverside County Department of Animal Services responded to a call about a 3-month-old Australian cattle dog in Coachella, California, who had managed to get its head stuck inside a spare tire. 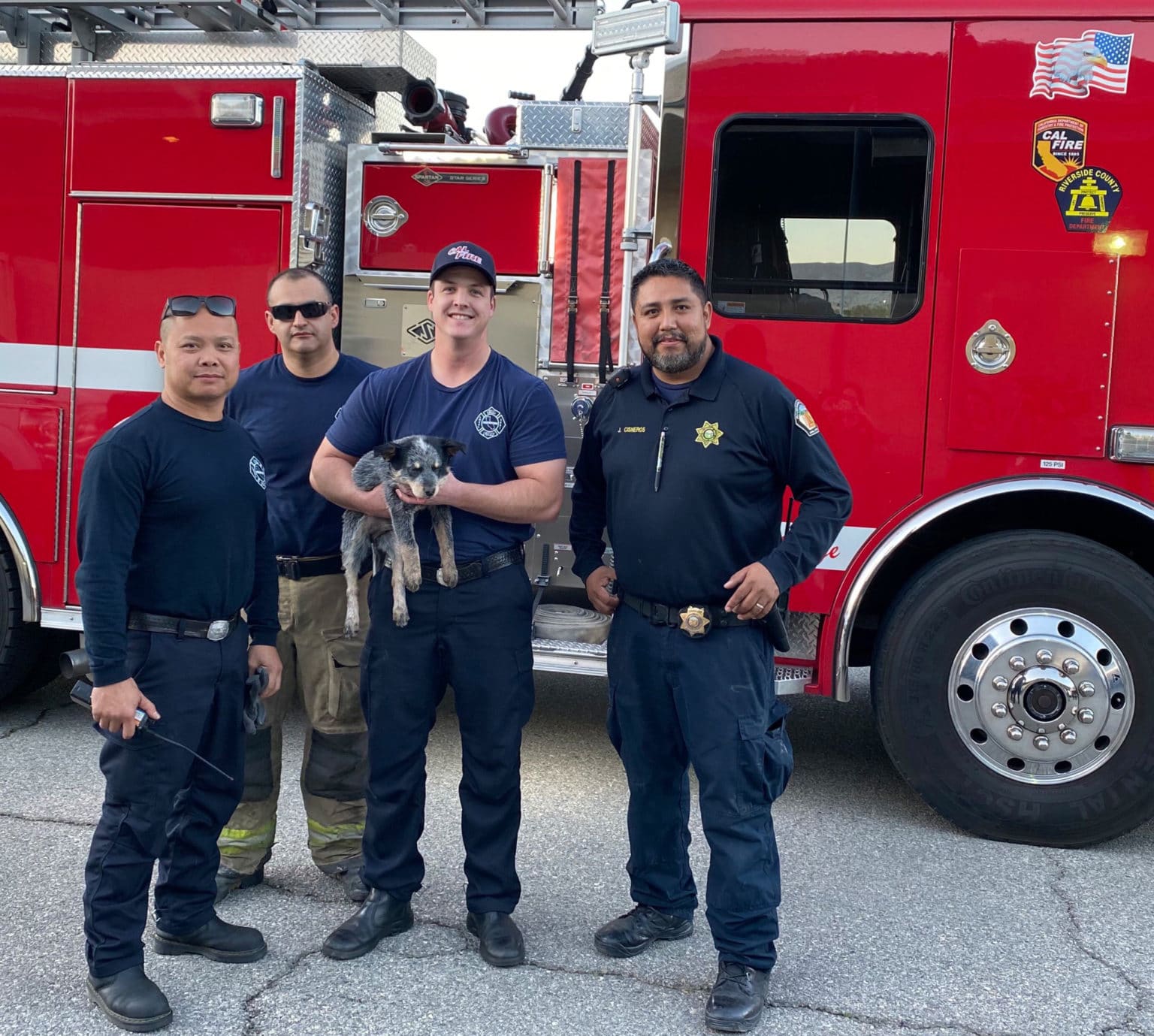 Riverside County Department of Animal Services officials shared the rescue mission with followers on Twitter. Initially, they tried to oil the puppy’s head in order to slide it out, however, due to swelling in the dog’s neck area, this plan wouldn’t work.

In a press release, the department explained that using cooking oil as a lubricant in order to get an animal out of somewhere they’re stuck is a “common tactic.”

However, when the method didn’t work, the team had to sedate the puppy in order to keep him calm, and then contacted the Riverside County Fire Department for help.

The firefighters then transported both the dog and the tire to a safe location where they proceeded to use power tools in order to cut the rim and free the dog’s head. The puppy – who was nicknamed “Wheelie Pup” by his rescuers – was quick to eat food afterward. 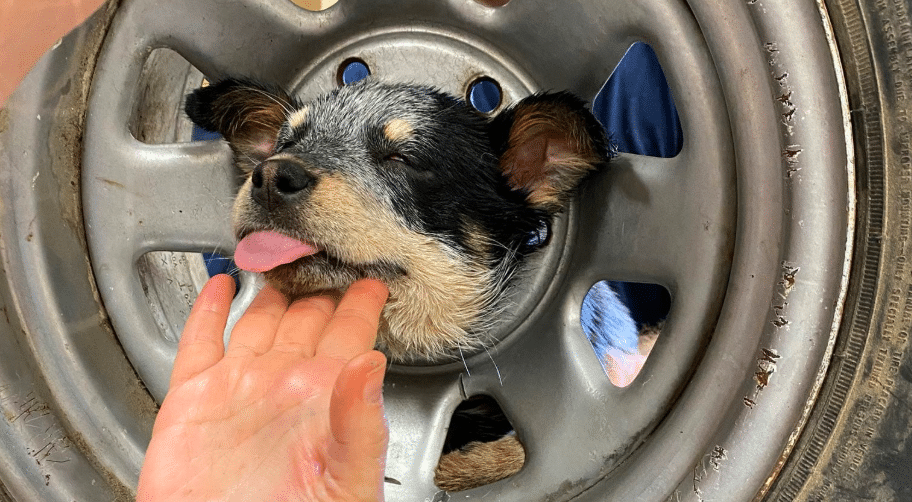 “Rescued! Thank you to our comrades,” the Department of Animal Services wrote on Twitter alongside footage of the moment they freed the dog from the tire.

After a follower expressed concern, the Department of Animal Services revealed an update that they had located Wheelie Pup’s owners.

“Owners contacted us about what had happened; reunion should happen Thursday morning or mid-day; we are still caring for a puppy,” the department tweeted.

On Facebook, the Department of Animal Services – who offer many services for pets such as adoption, education and licensing – described the events of that animal rescuing day as “strange, scary [and] exhilarating.”

You can watch the rescue below:

Cat Escapes Dog Fighting Ring And Is Rescued By UPS Driver Who Noticed His Red Paws: Click “Next” below!