Kids Tried To Drown An Innocent Puppy In Glue Just For ‘Fun.’ Thankfully He Was Saved Just In Time

Some horrible kids in Turkey tried to drown an innocent, starving puppy in glue and then drag him through the mud. Then they left him there to die. The glue began to harden and turn him into a statue, but rescuers got there to save him just in time. 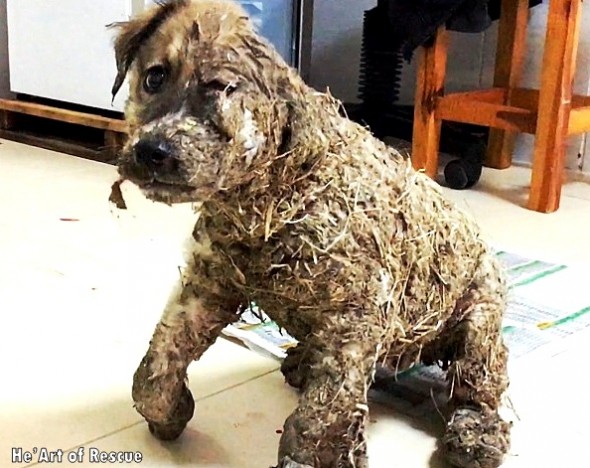 The puppy, who they named Pascal, was having trouble breathing, he could barely breathe, and one of his ears that was coated and cut off from blood supply, was dying. In good hands at He’Art of Rescue, they were able to shave off all of his glued up matted fur. The glue was soaked so deep that he had to be shaved to the skin. Chemicals from the glue had damaged his skin, so he had to get special baths to help him heal. 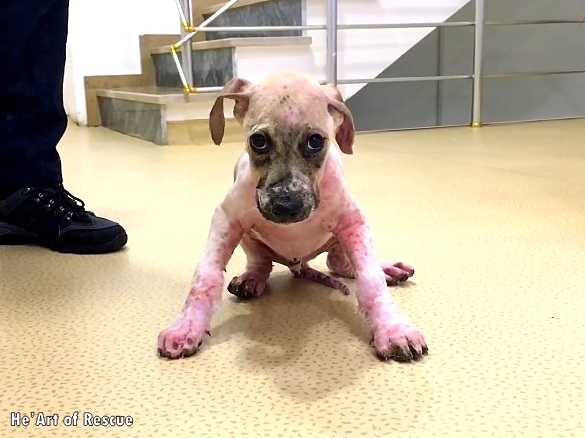 He was put on pain medicine and antibiotics, and his long road to recovery began. Aside from being underweight and having an infection, he was very healthy.

“Although Pascal has been cleaned from the horrible chemical, the incident left a huge scar in his soul,” He’Art Rescue said. “It is in his eyes, in his posture, in his lack of trust for people… He is being flooded in LOVE – love that can heal everything.” 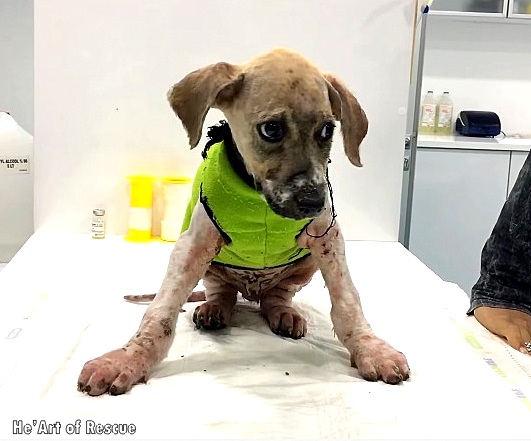 Pascal has come a long way since he arrived at He’Art of Rescue. His fur has grown back in and he is a happy and healthy pup. He has also gained back trust for humans. The best news of all is that he has just recently been discharged! See at how amazing he looks in the video below: