Sometimes, animal rescuers – who regularly pluck dogs and cats from desperate living situations – feel like they’ve seen it all. Even so, rescuers in McIntosh County, Georgia, were surprised to see a dog dragging a crate filled with puppies down a dirt road.

“This was a new one. New things happen all the time. I’ve never had a dog pulling a crate full of puppies down the road before,” McIntosh County Animal Services Director Marianna Hagan, told WTOC. 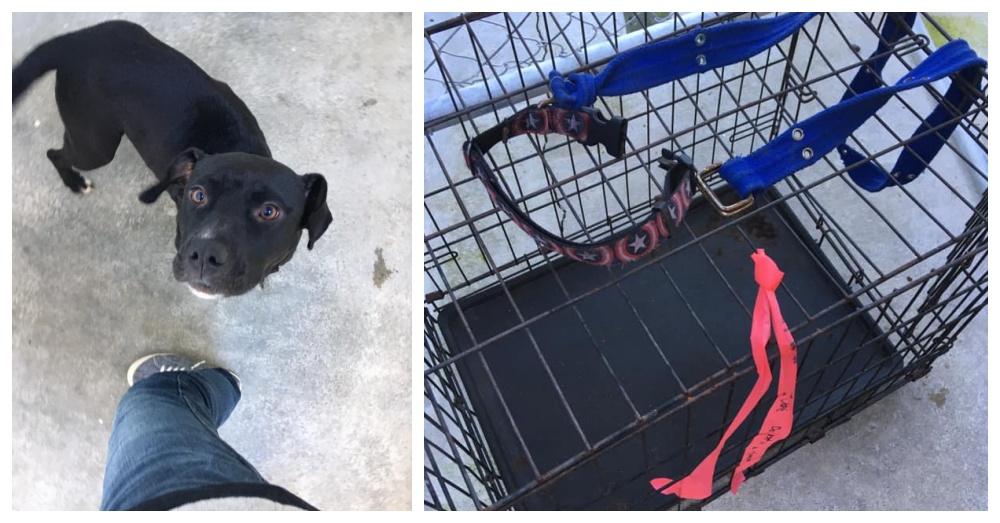 Four puppies were packed inside the metal enclosure, which was tied to the mother dog with a long blue belt. “There was barely any room for them to turn around,” Hagan said.

Fortunately, a father/son pair found the mother dog dragging her brood down the road, and then brought the whole family to the shelter. “They were covered with fleas, with ticks and feces,” the shelter director said, recalling how the dogs “smelled really, really bad.” 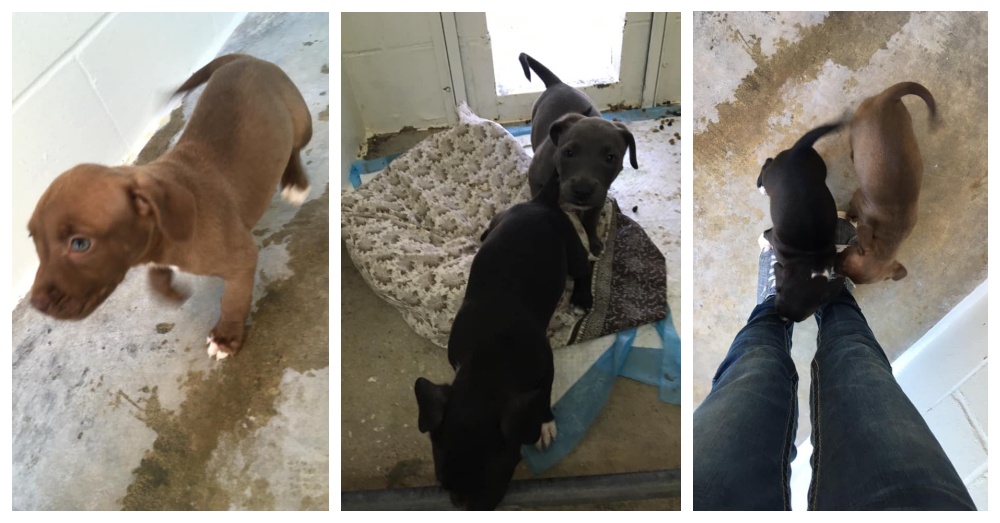 The puppies were quickly bathed, fed, vaccinated and given medical care, which included treatment for worms and flees. Even so, the puppies will need to undergo additional medical treatment before they’re healthy enough for adoption.

“There’s been a dramatic difference in their health and in their behavior,” said Hagen, the animal services director. Even so, rescuers are outraged at what the dogs’ poor treatment, and hope that whoever did this promptly sees justice.

“We know there is evil in this world and this just further proves that!” rescuers wrote on Facebook. “This poor mama dog watched as someone put her four young puppies into a wire crate and then tied a blue belt around her collar and then tied the belt to this crate and left them down a dirt road!!!”

Another community group, Friends of McIntosh County Animals Services, is offering $250 to anyone with information about this cruel act. 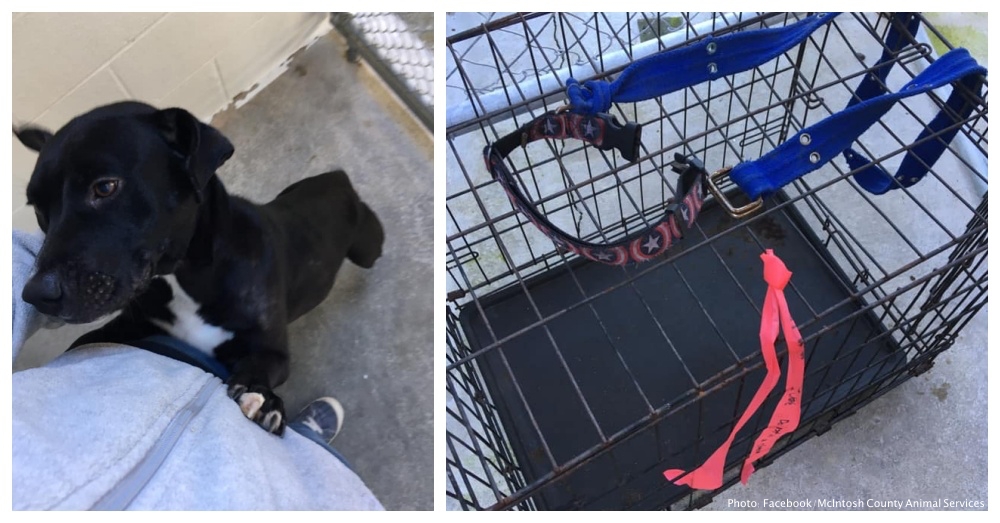 Meanwhile, this rescued mama dog and her puppies have been moved Fancy Cats and Dogs Rescue, a Virginia shelter raising donations to fund their ongoing medical care. You can donate via PayPal at info@fancycats.org, but be sure to clarify that your donation is meant for this long-suffering dog family!