In Jhansi, India, a man named Sarthak Gambhir was leaving his house when he spotted the cutest sight ever: a dog and cow sleeping together.

The cow had laid down for a nap when she was joined by a little dog. But it wasn’t any ordinary nap. Instead, the dog decided that the cow made a fantastic pillow, and curled upright on top! 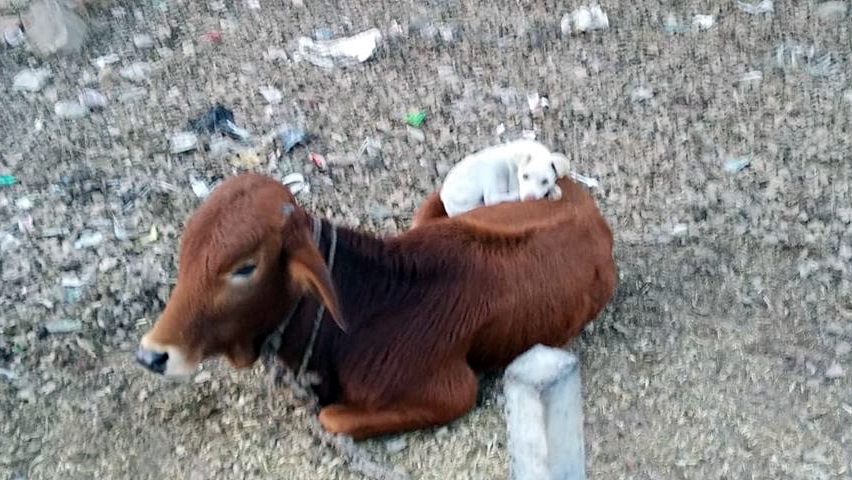 The cow didn’t seem to mind at all. Instead, she seemed to enjoy the company.
It’s unsure whether or not the cow and dog knew each other and belonged to the same owner, or if they were barely acquaintances. Either way, their apparent friendship is quite sweet.

Gambhir had never seen anything like it before, so when he spotted the unusual pair, he had to take some pictures.

He decided to upload the photos to Facebook, where it didn’t take long for them to go viral – accumulating more than 19,000 likes. 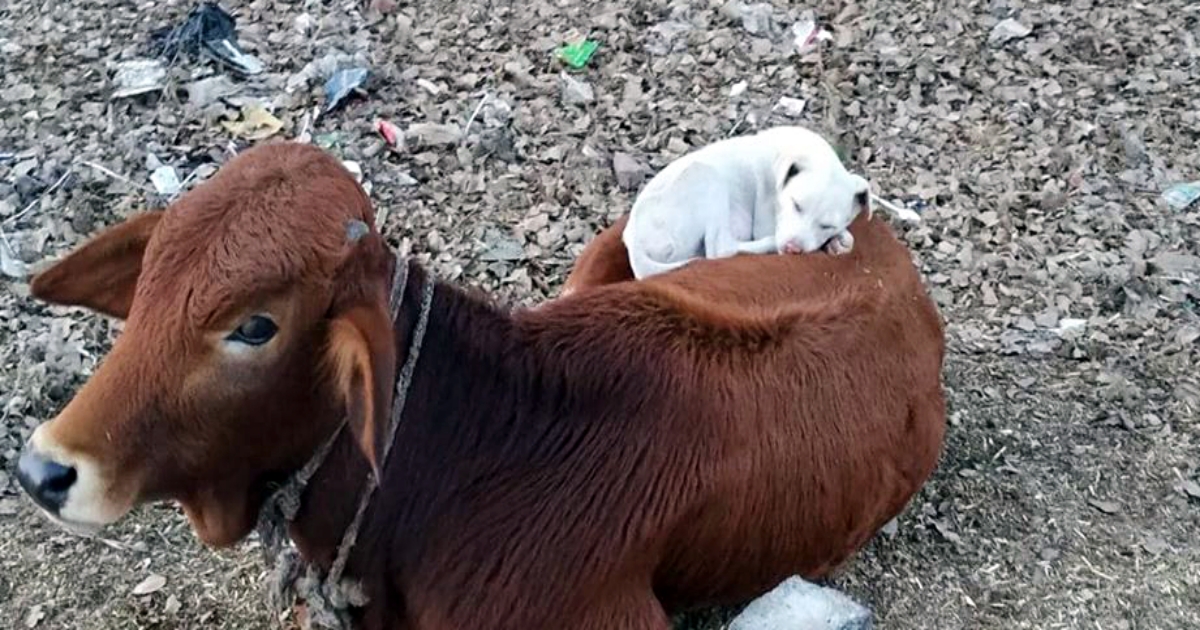 “This picture made me go vegan,” one user commented.

Another stated, “The perfect spot for a nap.”

These pictures are a great reminder that love and friendship knows no race, gender, or even species. We should all take a lesson from this cow and dog pair.