A small little 2-3-month-old puppy was in desperate need of help, wandering around a construction site when a construction worker thankfully found her and took her to the Chicago Animal Care and Control shelter for care.

The volunteers with One Tail At A Time – a dog rescue in Chicago – quickly transported her to an emergency vet in order to get a more thorough examination of the pup.

The little puppy – now christened Parmesan Crisp – was suffering from a terrible skin infection, which left her skin bright red, raw, and very inflamed. She also had extreme swelling in her paws. The poor little pup was in bad shape and very lethargic. 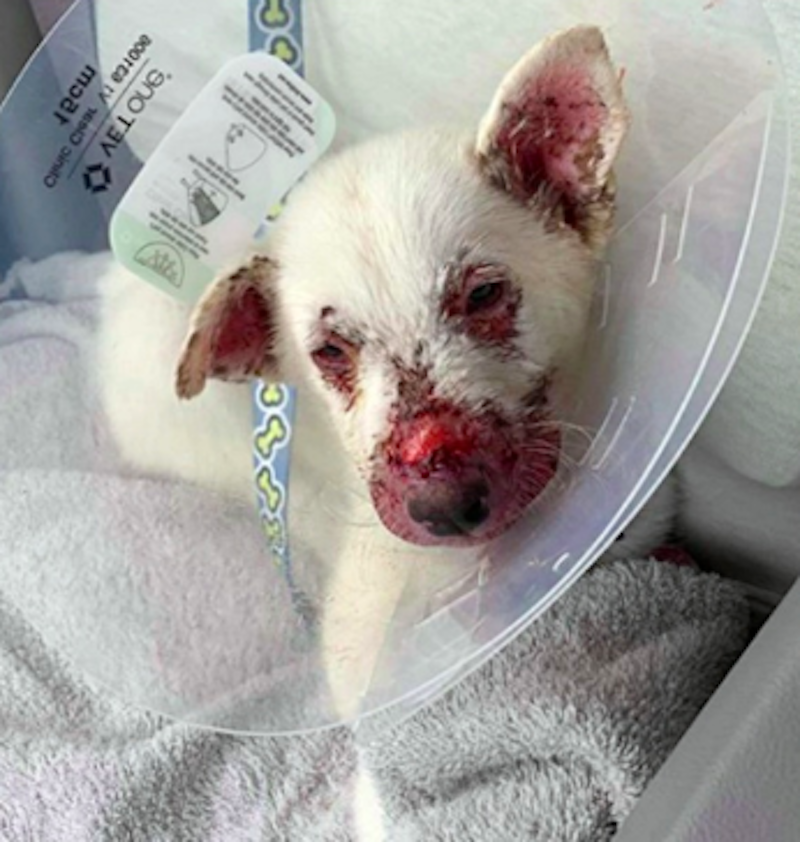 Parmesan Crisp was diagnosed with an autoimmune disorder known as juvenile cellulitis, or puppy strangles. She’s currently receiving medical treatment, getting lots of food, and even more love and rest. 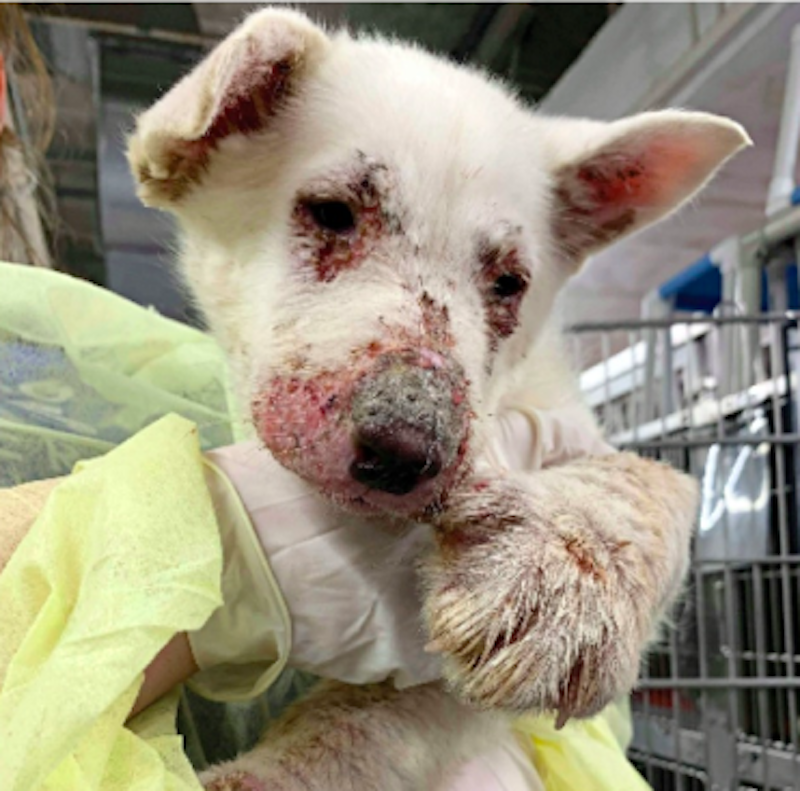 The co-founder of the rescue, Heather Owen, said that with all efforts combined, Parmesan Crisp should hopefully be made a recovery and the disorder should go away on its own, and her skin will get better with time.

Parmesan Crisp is living with a foster family. While she still doesn’t feel her best, her feisty personality is beginning to emerge. 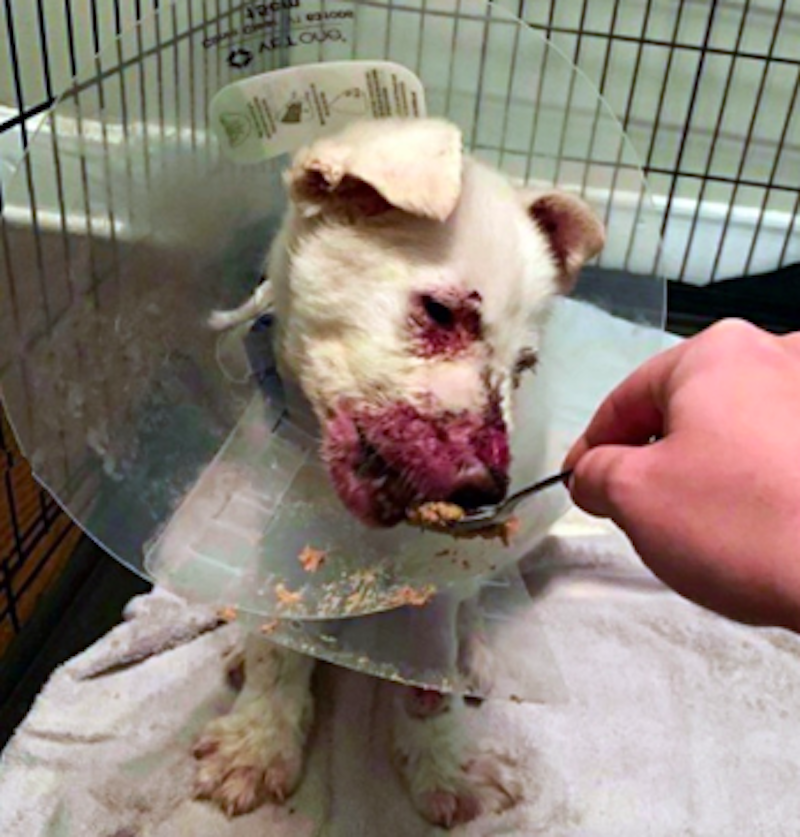 It’s still unclear how exactly she ended up on the streets. Either she could have been born a stray, or she was dumped by some heartless monster – which is a horrible thought to have. Regardless, Parmesan Crisp is now on the road to recovery, and will someday have a loving home. And that’s really all that matters.