Rescuers Save Abandoned Puppy Chained In A Watery Dam

Rescued animals don’t always have the happiest backstory. And sadly, a black lab puppy named Sam has experienced more horrors than most after somebody chained him to a dam and left him for dead.

Rescuers discovered the 5-month-old puppy in Arkansas, where the abandoned dog was crying out for help inside a dam filled with water. “He had a chain padlocked around one of his back legs, and that was chained to a piece of rebar from the dam,” the founder of Nebraska’s Loving Animal Advocates, Angie Hospodka, explained to KMTV. 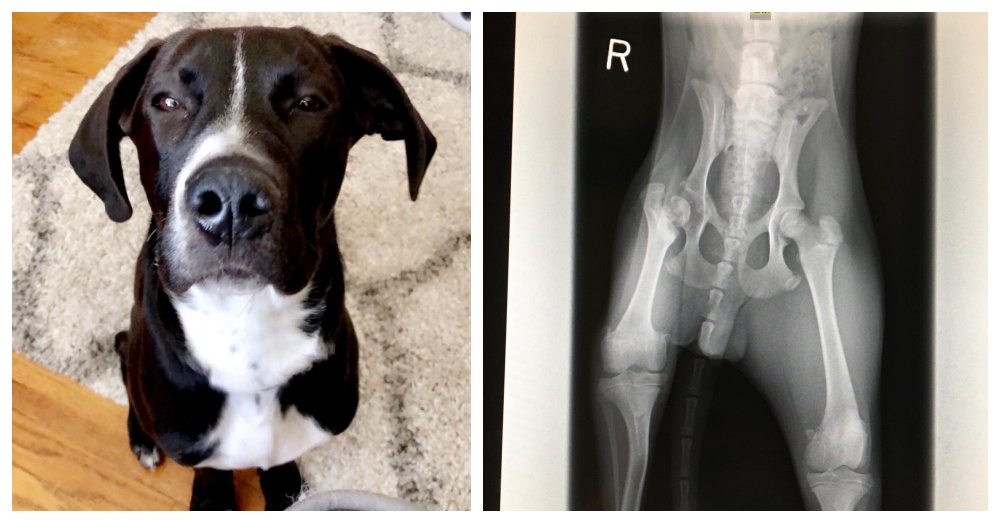 The dog also had two broken back legs, one of which had stunted his growth and left the pup with a permanent limp. Rescuers believe that the second injury was probably sustained while the animal tried to escape this terrifying situation.

“Amazingly, Sam was still alive when he was found, but he was terribly damaged,” NALA wrote on Facebook, recalling how the dog “has multiple broken bones, displaced hips, yet he is still a tail wagging happy pup.” The pup also covered in fleas, ticks, sores, and was suffering from a urinary tract infection.

This is Sam aka Lucky! He is the good boy I am fostering! He came to me with 2 broken legs, a UTI, and a huge heart! He…

Posted by Valerie Blackford on Monday, May 4, 2020

Even so, rescuers were amazed at the dog’s sweet and forgiving nature, considering that his extremely woebegone state had been brought on by abusive humans. “It blows me away that dogs and cats can be so forgiving because if I was Sam, I would probably try and bite a lot of people if it was up to me,” Hospodka said.

Sam’s foster mom is also impressed by the dog’s ability to survive such trauma at such a young age. “I’ve never seen a dog just power through everything he’s been through,” said foster mom Valerie Blackford. Since then, Sam has made an amazing recovery and — like most puppies — now enjoys playing fetch (particularly with shoes) and cuddling on the couch. 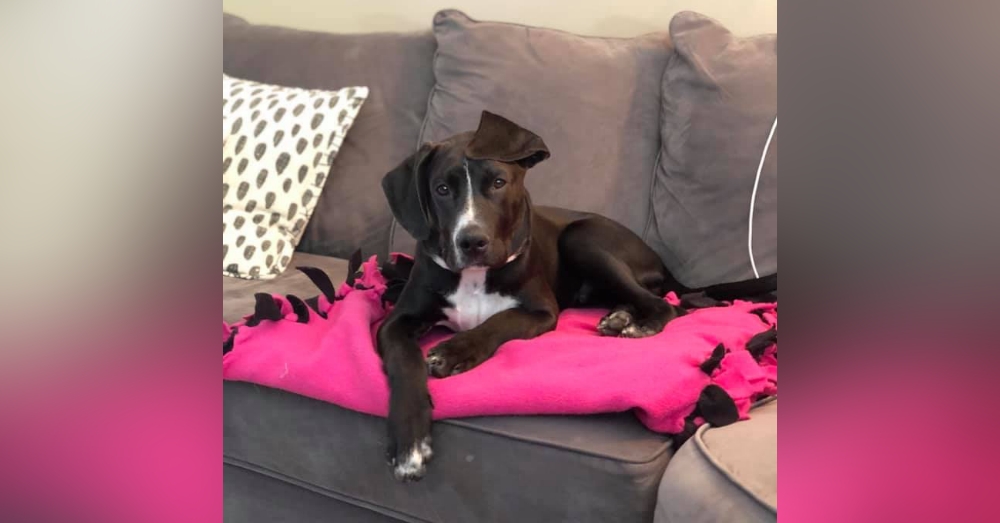 Even so, “Sam the Dam Dog” (as he’s now locally known) still has a long road to recovery ahead of him, and NALA is currently raising money to support the puppy’s mounting medical bills. Meanwhile, Blackford calls the pup Lucky to honor the many hurdles he’s already overcome in his short life.

“This is Sam aka Lucky! He is the good boy I am fostering!” Blackford wrote on Facebook. “He came to me with 2 broken legs, a UTI, and a huge heart! He loves cuddling, squeak toys, and pig ears. When he is full grown they will reassess his “little leg” and make a plan of action. Until then his rescue is asking for contributions towards his care. Please consider donating!”

Hang in there, Sam/Lucky! We’re rooting for you! You can help donate to NALA’s recovery fund here: