Are you ready for some adorable fumbles, interceptions and adoptable puppies?!

Puppy Bowl XV will be aired on Animal Planet on Super Bowl Sunday at 3pm. The adorable match will be “Team Ruff” facing off against “Team Fluff”. The competition for most adorable and most playful is fierce.

Shelter puppies from around the country are featured and make up the two teams. To make sure that there is no unsportsmanlike conduct, there is a human referee and a sloth assistant referee. Mostly, they are making sure that every pup gets time to play on the field and call time outs to cleans up any accidents that may happen. 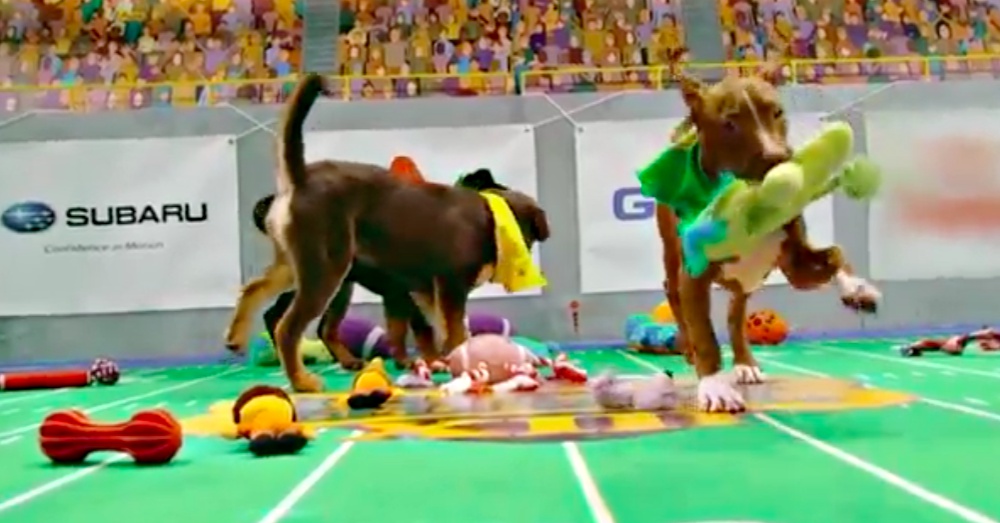 The two teams compete on a specially-built bone shaped football field with toys. Each team of dogs hit the turf and grab a toy. Then the dogs must make it into the end zone with the toy for a touchdown! The team with the most touchdowns wins. 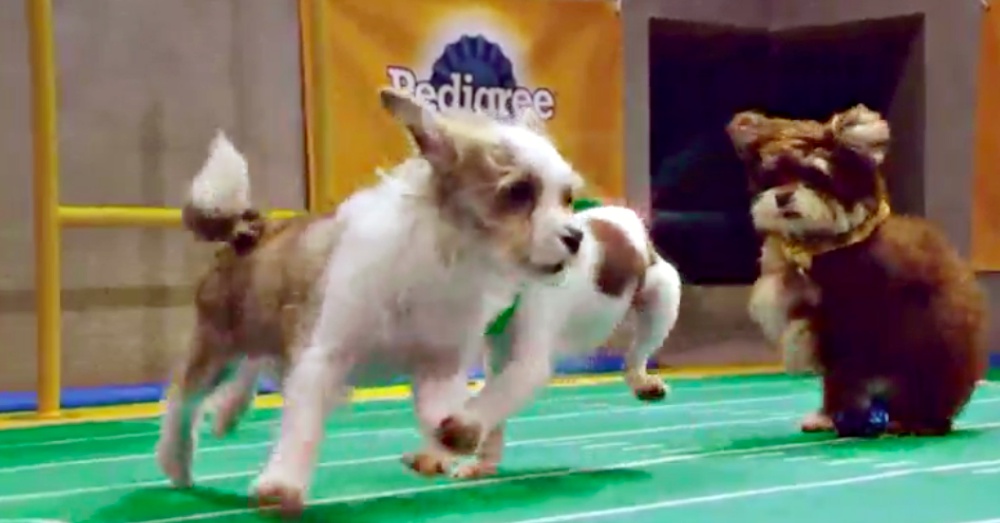 This year’s starting lineup is full of cuddly puppies ranging in size and personalities. Team Ruff starts with a Maltese named Pistachio. According to Animal Planet’s official bio, Pistachio “never cracks under pressure.” Another force to be reckoned with is Sierra, an Australian Shepherd, that is described as, “a first round hound leading the deed.” 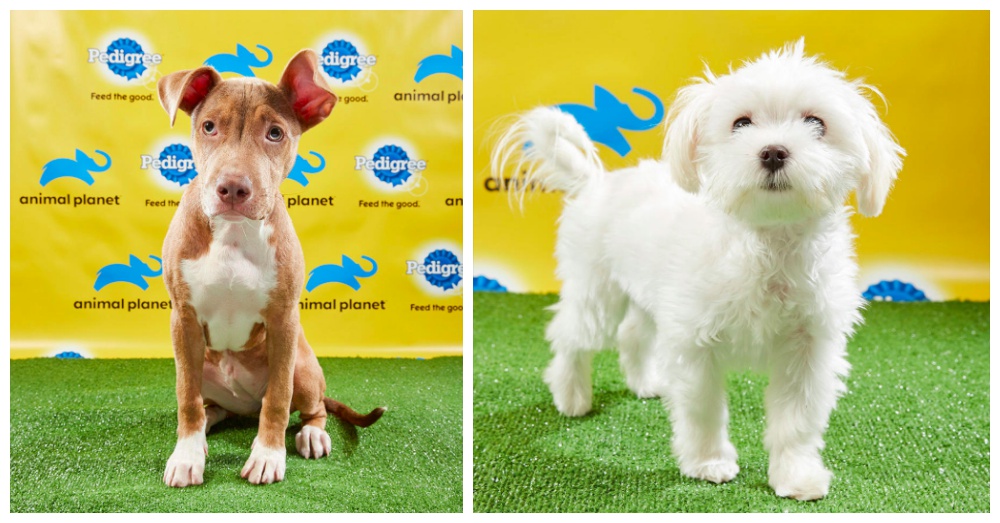 While Team Fluff features a heavy hitter named Gallagher. The Saint Bernard puppy is said “to put the ‘d’ and ‘o’ in dog.” A blind and deaf Lab mix named Bumble will use smell, taste and touch to score touchdowns for his team. 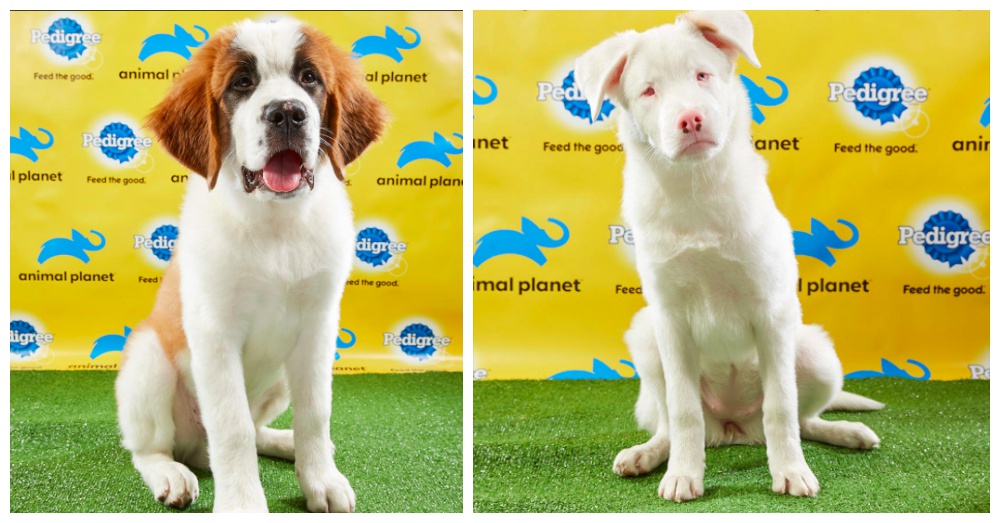 Team Fluff is the returning champion and has been for the past two years. However, Team Ruff is ready for a comeback win. They are all winners in our minds and we just love watching them play.

You won’t want to miss the Kitty Halftime Show. It features shelter cats that will entertain you with their “choreographed” show and vibrant attire. 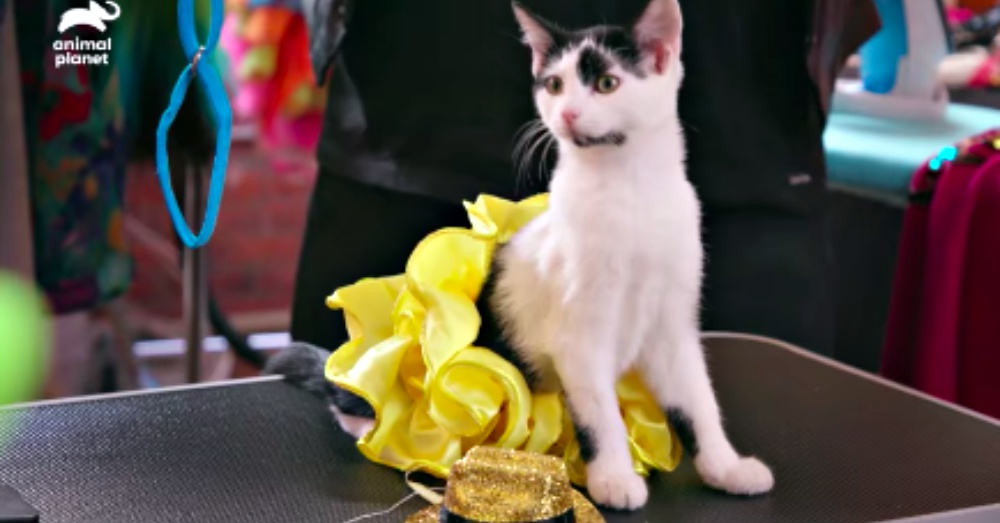 However, the goal is to promote adoption to help dogs and cats find loving forever homes. All players are very good boys and girls that are vaccinated, spayed or neutered and ready to find a loving family. Be sure to watch the biggest game in dog adoption on February 3 at 3pm ET. The two-hour extravaganza is something you don’t want to miss. 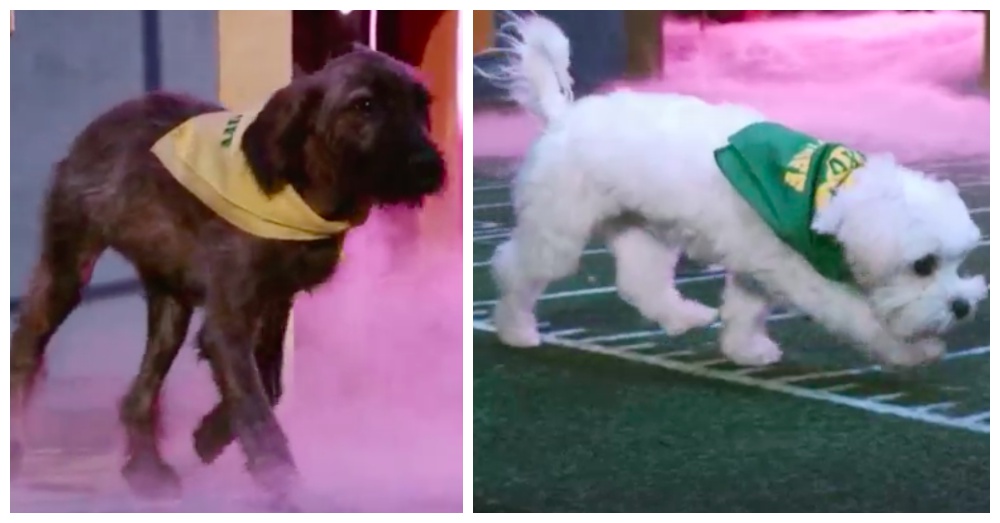 If you are interested in adopting, please contact the individual rescue each dog is from. The rescues and bios of each dog are listed here with their starting lineup photo.

Take a look at two of the players preparing for the big game in the video below.

You can help shelter pets around the country by donating to Shelter Bowl. This year’s goal is to raise $20,000 to provide nutritious pet food to shelters across the country. Purina is matching donations up to $20,000, so your donation helps even more animals in need.