This Baby Warthog Was Rescued From A Drain. Then, He Met A Puppy Who Changed His Life!

Love knows no species…and neither does friendship! This unlikely duo is the cutest thing you’ll see all day; and I bet you’ve never seen anything like it. 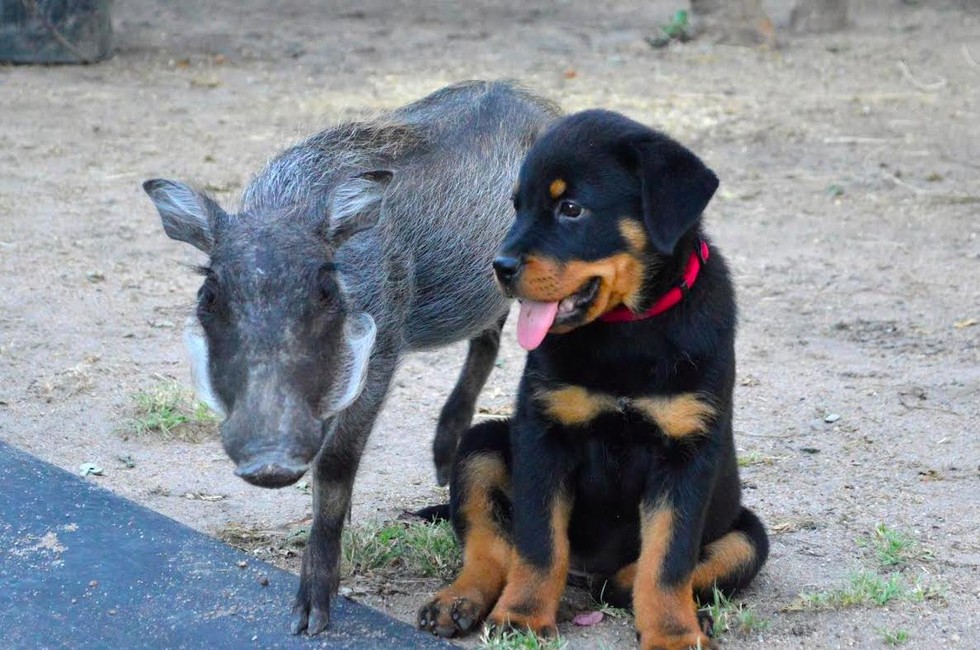 This adorable friendship blossomed at Daktari, a bush school (an education facility that teaches African children about nature and wildlife) and a wildlife orphanage in Hoedspruit, South Africa. 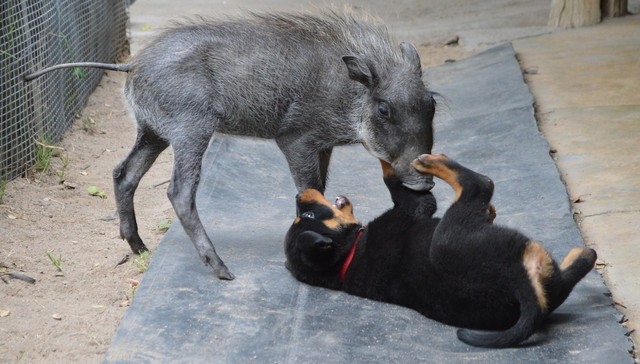 A warthog named Piggy was one of three other warthog babies who arrived at Daktari in 2014. A woman who was living on a local wildlife estate found them living in a drain near the road. She gave them warm milk but left them there, thinking the mother would come back. 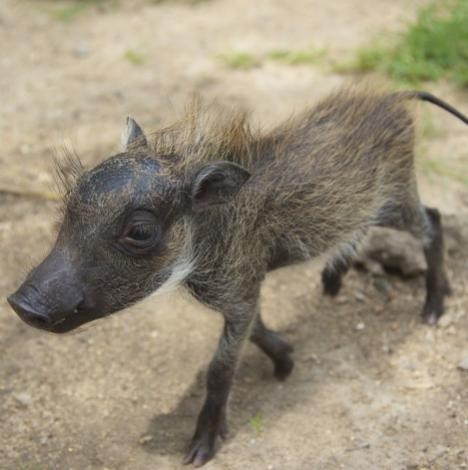 She checked on them again, and sadly, the mother never returned. So she bundled them up and brought them home. Then she called Michele and Ian Merrifield, the cofounders of Daktari, to come and pick them up. 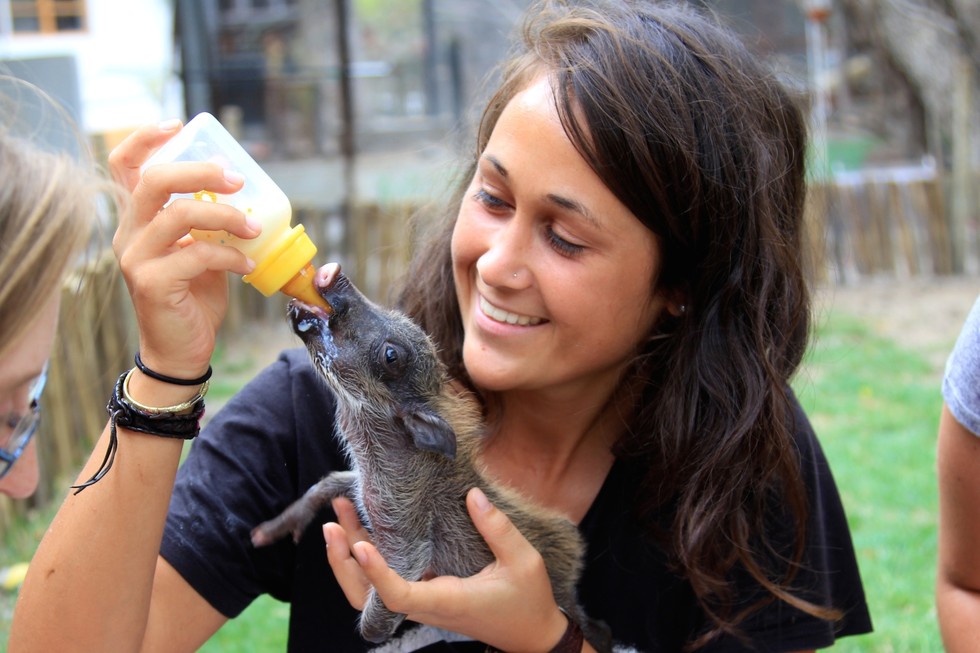 At Daktari’s, the couple gave the warthogs the best care they could, but unfortunately two of them did not make it. They didn’t even think Piggy would survive because of how weak he was, but he defied the odds and survived. 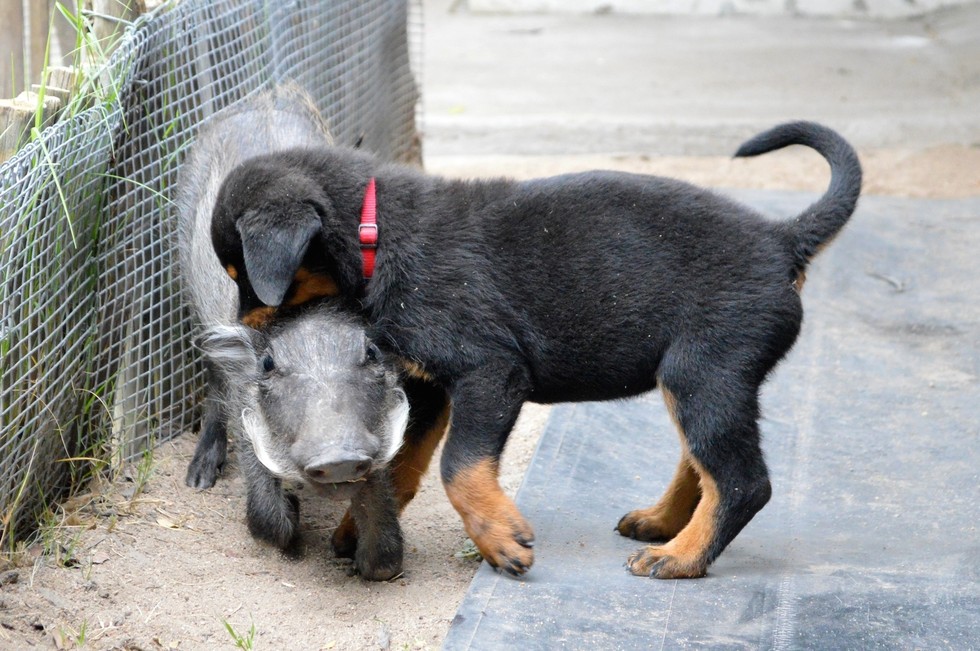 This is when Piggy met his partner-in-crime, an adorable little Rottweiler puppy named Nikita. Their bond grew quickly and they became inseparable. They shared the same bed, the same food, and did everything together.

Despite being a puppy herself, Nikita acted as a mother to Piggy sometimes, stimulating his backside to help him go to the bathroom—something his mother would have done. 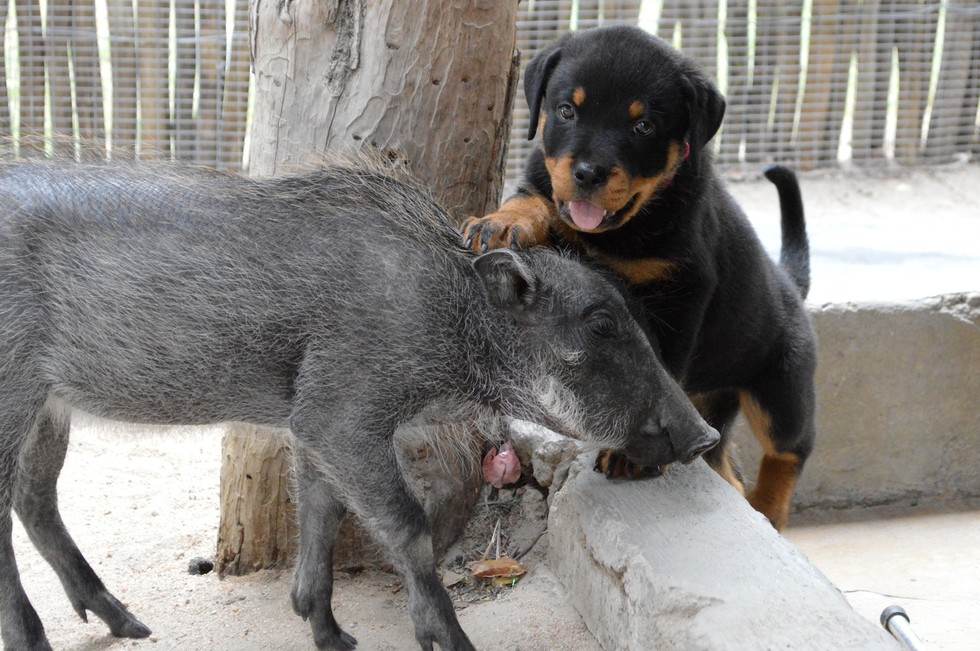 As they grew up together, their bond grew even stronger. They loved running around the camp together, chasing each other, and cuddling. 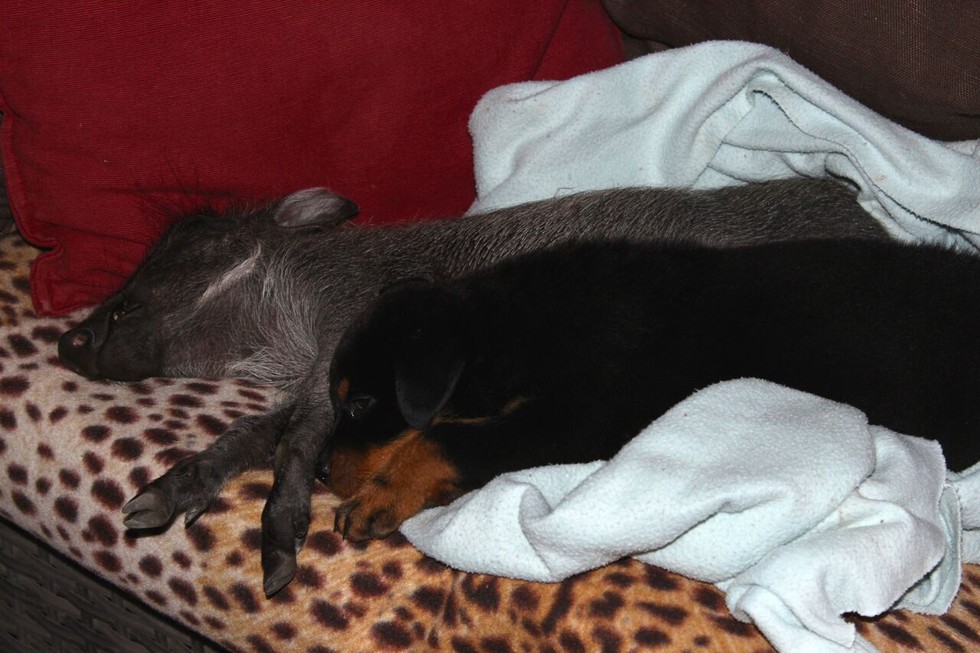 With Nikita’s help, Piggy grew up strong and was able to be released in a local game reserve in 2015, and live the life of a wild warthog. 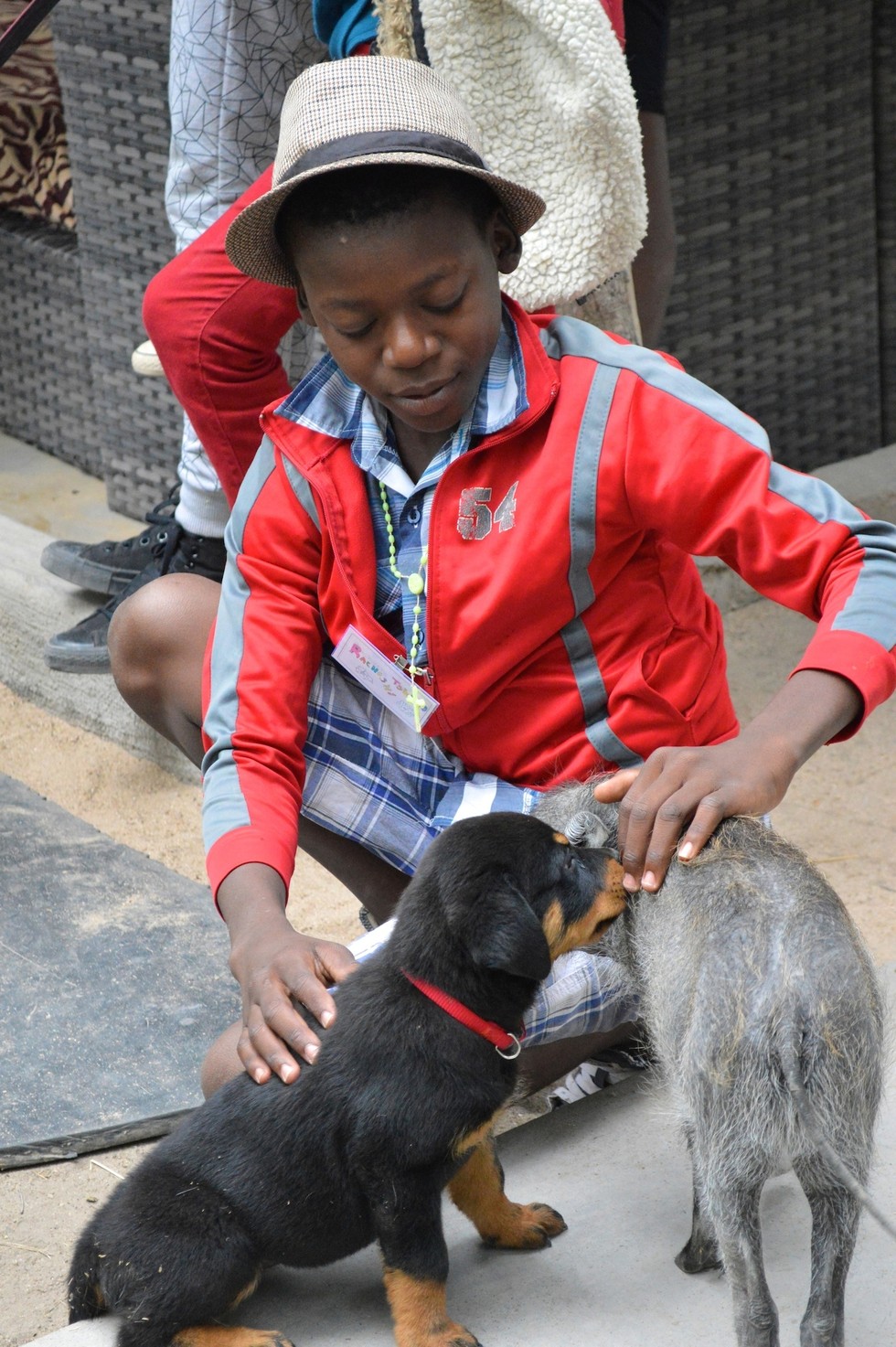 “Piggy adapted well to his new home,” Ian told The Dodo. “Last we heard, he’s doing great. The owner of the reserve will put kitchen scraps outside the fence and Piggy comes to gorge himself.”

Nakita may no longer have Piggy, but she sure has many other friends! She enjoys spending time with a nyala named Chancy and two jackals, Minnie and JP.