Southern California was getting one of the worst storms they had gotten all year when Hope For Paws, an animal rescue organization, received a call about a stray Pit bull who had just given birth two days earlier.

Rescuers immediately got in their car and drove three and a half hours to save her and her puppies. Once they arrived, they began searching through the bushes with a flashlight to try and find them. They finally found her in a little den and slowly approached her with food, which she gladly accepted. 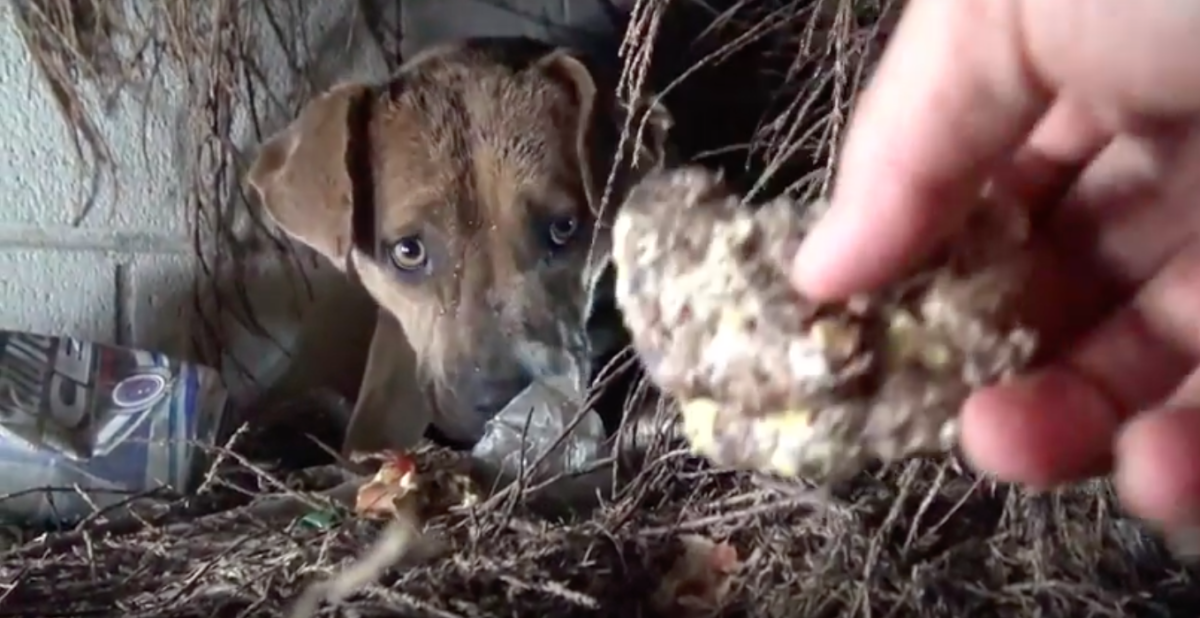 The poor mama dog had been living there for three months. People in the area always tried to rescue her, but she ran away every time. She could have easily left her babies, but she stayed and protected them.

The dog allowed the rescuers to pet her and she was very sweet and trusting of them, despite living as a stray for so long. They put the leash around her neck and kept petting her. Then they carefully took one of her puppies out of the den. 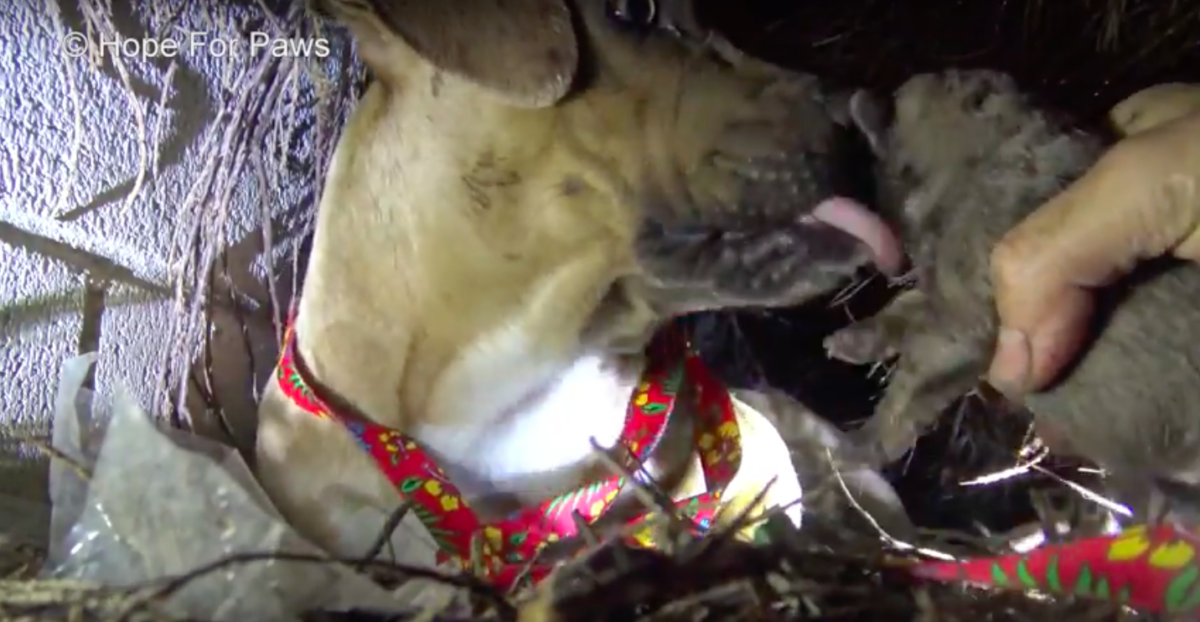 They pet her in between and kept showing her the puppies to let her know they were safe. They lifted out pup by pup until they were all safe. Once all eight of the puppies were out, they led the mama dog out and made sure that there were no more pups left in there. 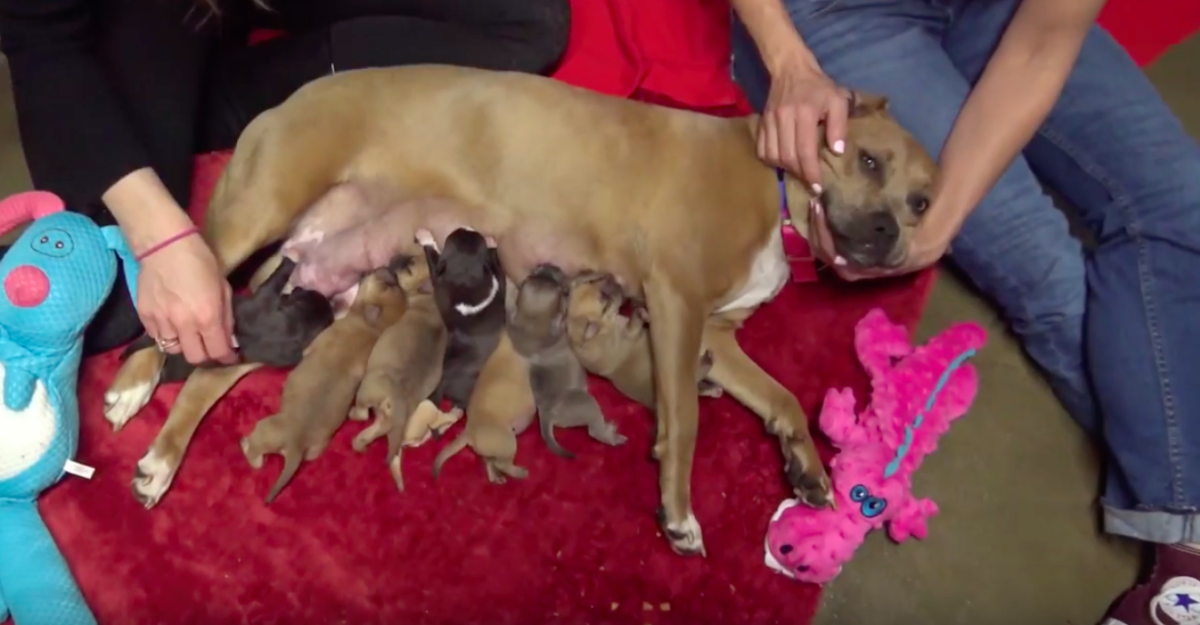 They brought the mama dog and her puppies back to their vet’s office, where the power was out due to the storm. But they didn’t let that stop them as they worked with a flashlight. They reunited the mama with all of her babies, which they named Thunder, Breezy, Misty, Raindrop, Flash, Bolt, Stormy and Droplet. The mama laid down on her rescuer’s lap and relaxed while all of her pups nursed.

Six weeks later, Hope for Paws gave the sweetest update. The puppies had grown so much and were doing so well! And of course the mama is too. She’s enjoying all of the belly rubs she can get and is enjoying the sunshine and quality time with her pups.

Click here if you’re interesting in adopting one them.