Firefighters Responded To A Building Fire, Not Knowing There Was A Scared Family Stuck Inside..

The Jackson County Fire Department responded to a structure fire, and were amazed to find there was something still in the blazed building. Firefighters discovered a dog and her nine puppies, which were trapped inside the building. The mother dog was not microchipped and seemed to be a stray, using the building as a warm place to stay. Although the building was almost burned down to the core, firefighters were thankfully able to rescue all nine puppies and their mother from the burning building. 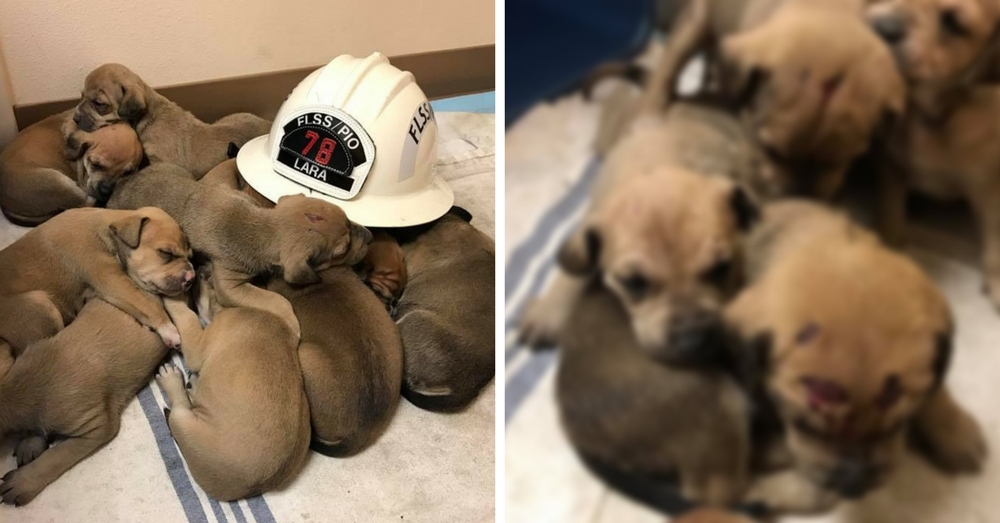 The Jackson County Fire District 3 said on Facebook that all the animals rescued were sent to the Rogue Valley Humane Society for a check-up to make sure there were no further injuries. Five of the puppies suffered minor burns, but all are expected to make a full recovery, according to Jackson County Fire District 3. As for the other four puppies and their mother, they were put into foster care and after the puppies turn eight weeks old, they will be put up for adoption. If you’d like to keep up with the puppies and their recovery journey, be sure to follow the Rogue Humane Valley Society on Facebook.