Stray Dogs Found Raising Their Puppies Together In Alley

A woman noticed two malnourished female dogs huddling together in an alley. She approached the dogs and was shocked to find nine puppies cuddled between the two. She knew she had to help the single mothers, so she contacted a local rescue, Northwest Dog Project.

The rescue took all the dogs in and named the mothers, Thelma and Louise. The names were given because of their inseparable bond. It was obvious from their malnourished condition that they had been on the street for some time. 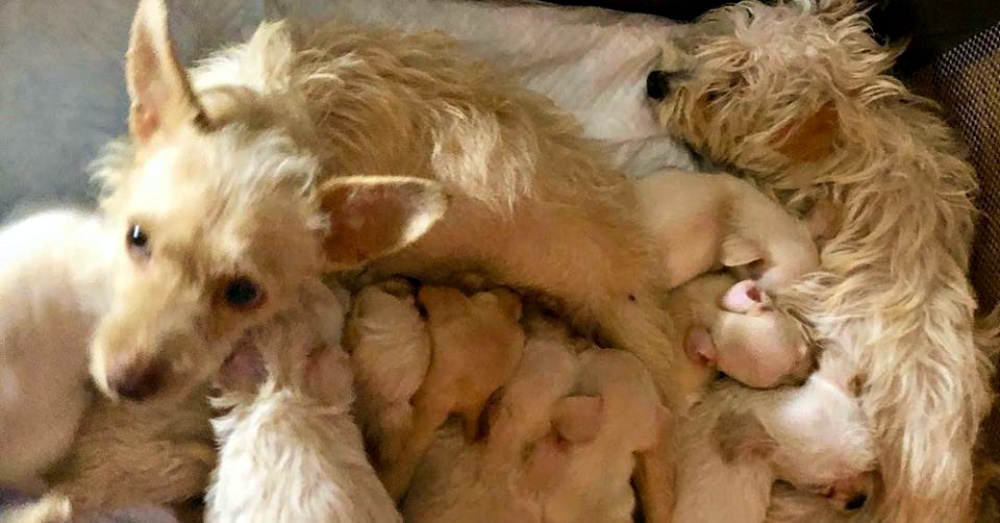 Both of the dogs had just given birth and were taking turns nursing and caring for the puppies. It was impossible to tell which puppies came from which female. One would nurse while the other groomed. They are one big happy family.

The dogs finally have warm beds, food and a safe place to care for their puppies. All the dogs were examined and the puppies are estimated to be 5 weeks old. Once they are old enough, they will receive vaccinations and be put up for adoption. 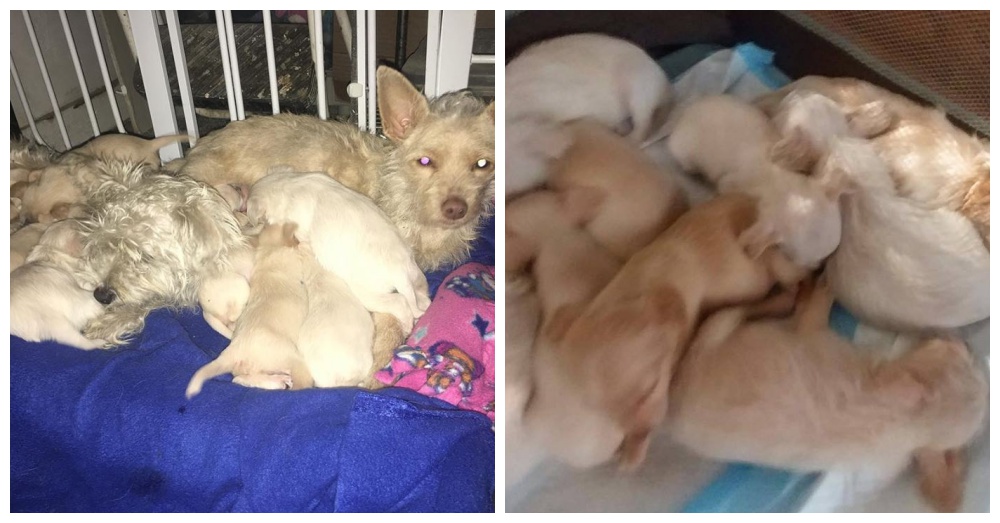 In the meantime, the mothers are enjoying the time with their precious babies and each other. The staff loves watching the doting mothers care for the puppies and enjoy all the puppy kisses. Eventually, the mothers will be spayed and put up for adoption. 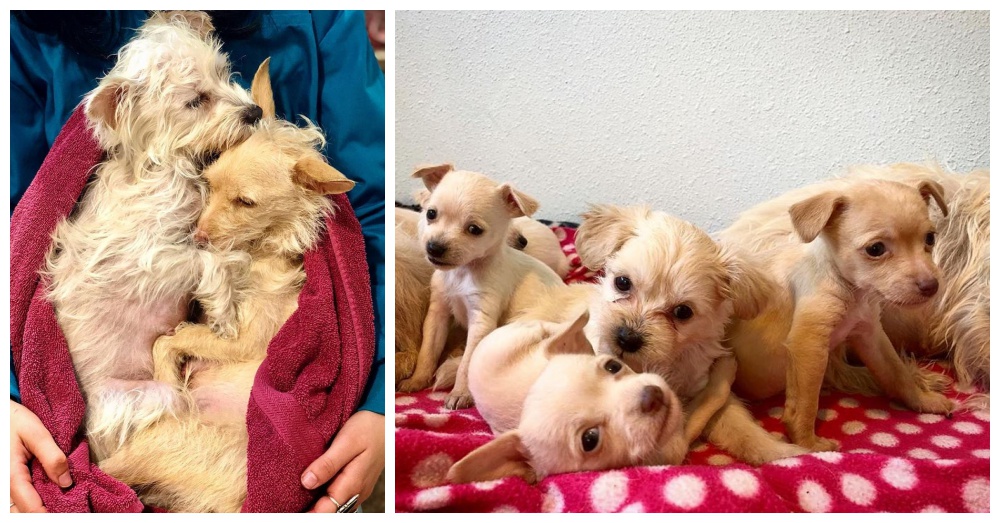 The rescue posted, “This family is perfectly unusual and stealing hearts left and right.” They are accepting pre-applications for the seven female puppies and two male puppies, as well as the mothers. All are thought to be terrier mixes.

If you are interested in adopting one or two of the adorable dogs, you can apply here. Multiple people have commented that they would love to adopt both mothers, so they can stay together. After all they have been through, they deserve a forever home together. 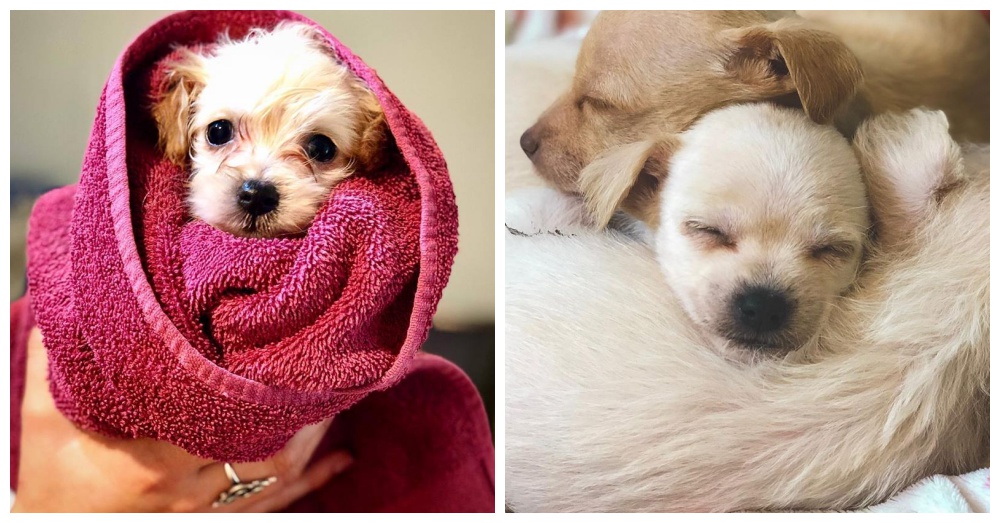 It takes a village or two devoted mother dogs to raise nine pups together. Watch the loving mothers take turns caring for the puppies in the video below.

16 People Who Swore They Didn’t Want A Pet: Click “Next” below!