Man Threw Sick Puppy Onto Sidewalk, Stuffed Him In A Backpack, And Left Him There To Die

Police say a Syracuse man who threw a sick eight-week-old Shepherd mix puppy onto a sidewalk has been charged for animal cruelty.

On April 10th, a witness saw the man throw the dog onto the sidewalk before putting him into a backpack while he went into a nearby store. While the dog was still inside the backpack, the man shook and hit it and then left the dog on the sidewalk alone outside the store.

According to Syracuse police, the suspect, Brian Person, was initially charged with Unlicensed and Unleashed dog. 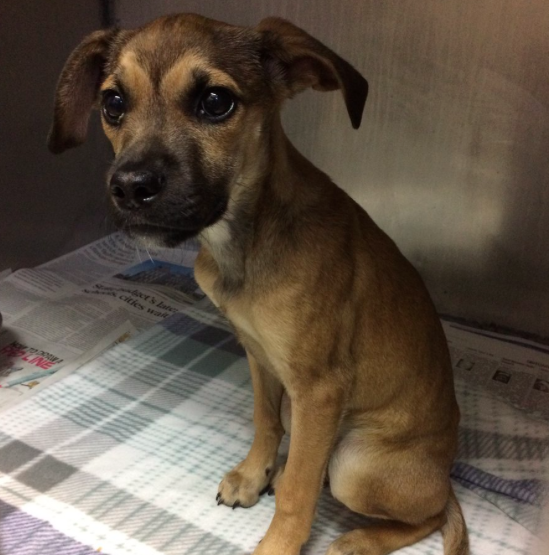 The dog was brought to animal control and treated by a veterinarian. Unfortunately, the poor pup was diagnosed with Parvovirus, which, according to WebMD, attacks rapidly dividing cells in a dog’s body, most severely affecting the intestinal tract. Parvovirus also “attacks the white blood cells, and when young animals are infected, the virus can damage the heart muscle and cause lifelong cardiac problem” if left untreated.

Once they discovered that the dog had Parvo, Person was charged with Animal Cruelty. He was released on an appearance ticket.

The pup is now at DeWitt Animal Hospital where he’ll continue his recovery and will receive vaccinations in the next couple of weeks. Once he’s fully recovered and in good health, he will be up for adoption.

Thank goodness someone witnessed this horrible act and was able to get this pup immediate help. The outcome could’ve been much worse, but thankfully he is now safe and on the road to recovery.

Learn more about the story in the video below: