This poor little pup, unfortunately, fell down a well. He was completely separated from his family and had no way of reaching them. Not being able to climb out on his own, the pup settled for crying all night long until a kind person heard him. Upon hearing the poor pup’s pleas, the kind human got help in the form of rescuers from Animal Aid Unlimited.

The rescuers from Animal Aid Unlimited rushed to the scene. They attached ropes to themselves and climbed down into the well. But once they were on solid ground, their job grew much more difficult. The pup was scared and confused, and he most definitely didn’t like these intruders. So instead of going willingly with the rescuers, he backed himself into a corner every time they approached him. He grew so terrified that he hid in the smallest space that he could find. The pup had managed to wedge himself in between a tiny crevice that separated the well wall and the ground, and he refused to come out for anything. 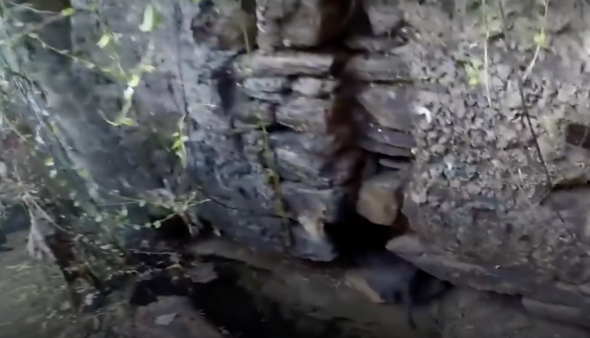 His refusal to be saved didn’t stop his rescuers. They were determined to get the pup out of the well and reunite him with his family. So one rescuer bravely stuck his hand into the pup’s hiding spot and was able to grab a hold of him. He pulled the pup from the crevice and held the pup close to his body as the other rescuers pulled the duo out of the well. Once they were safely out of the well, the rescuer put the pup down. While grateful, the pup bolted the second his feet touched the ground. He ran off to join his family that had been hanging around the well. Reunited, the family of three pups ran off happy to be together once more. 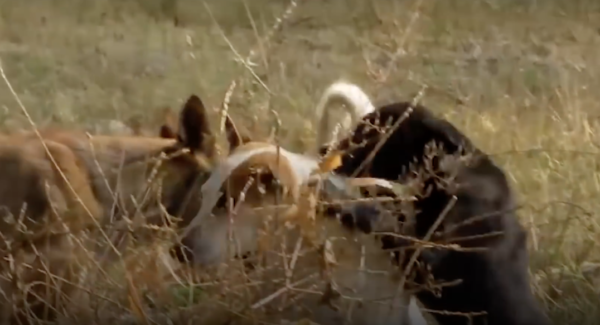