Wednesday morning, the emergency communication center received a report about a dog who was found crying inside a parked car at the county’s surface parking lot in Virginia.

Luckily, the Arlington County Police Department was located right across the street from the parked car, so officers quickly went to the car to check out the situation. 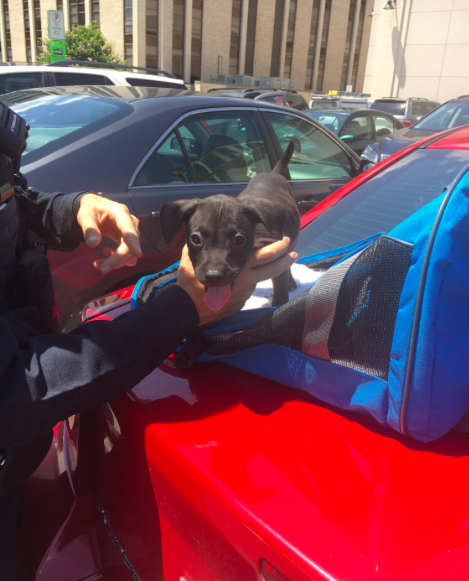 The poor little pup was visibly distressed inside the scorching hot car, with windows that were only slightly cracked open.

Thankfully, officers were able to rescue the dog, and brought him to the Animal Welfare League of Arlington to be examined and treated. It’s now up to animal control officers whether or not the dog’s owner is charged. 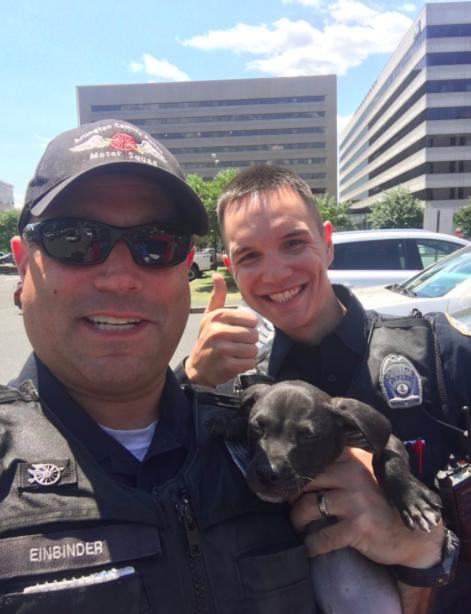 The Arlington police urge people to never leave their animals in their cars, especially during the summer. Even on less humid days, the temperature in your vehicle quickly rises. Whatever the degree is outside, it’s even hotter inside the car. All it takes is a short time for your pet to become overheated and pass out or die. 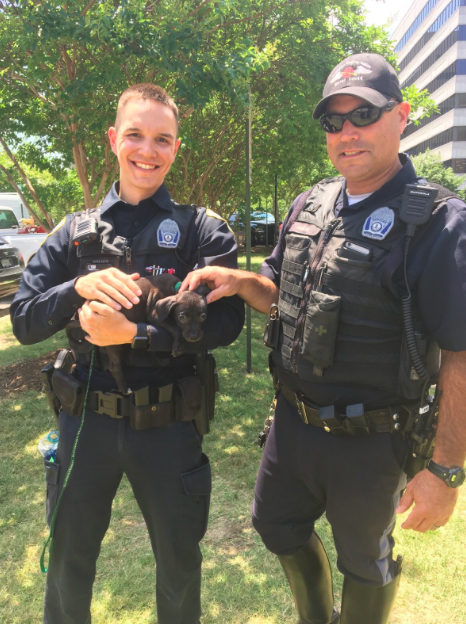 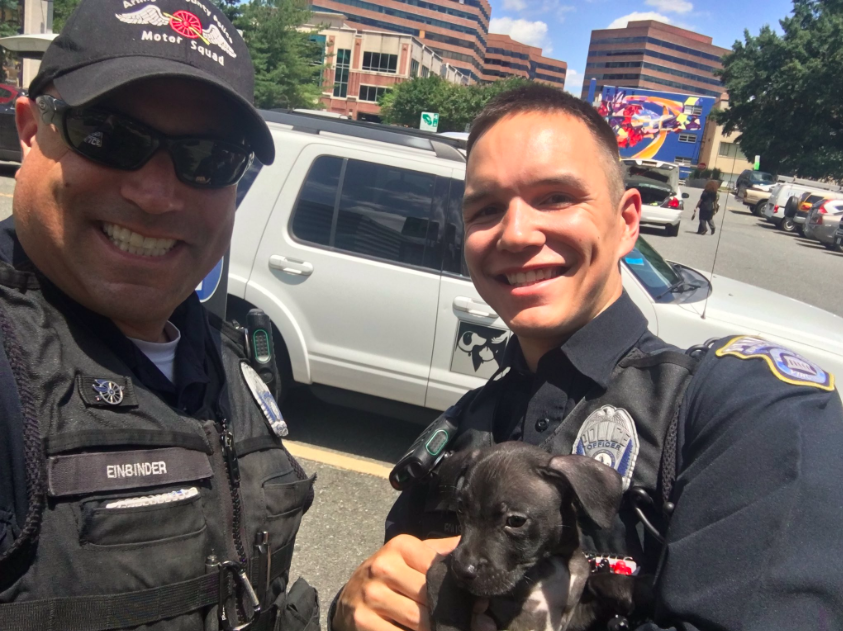 If it weren’t for these officers, this pup may not have had a happy ending. Luckily, he is now safe and doing well.

Miley Cyrus Is 'Head Over Heels In Love' With New Rescue Pit Bull Named Angel: Click “Next” below!