This Teen’s Sister Plans A Surprise Party With A Very Interesting Theme!

14-year-old Andrew Little from the San Fernando Valley had the best birthday of his life, courtesy of his sister McKenna. The theme of his birthday party… Pugs!

Andrew, who has autism, didn’t really have any friends growing up. Instead, he made due with his very own imaginary friends in the form of Pugs. Since he was a child, Andrew has loved Pugs. So, his sister decided that for his 14th birthday party, she would take to Facebook and surprise Andrew with a Pug filled birthday that he will never forget. According to the Facebook event page, ‘Andrew’s Pugtastic Surprise Birthday Party,’ Andrew didn’t even want a birthday party to begin with. He claimed that the kids from his school wouldn’t show and only end up making him upset. I bet he’s glad his sister didn’t listen to him! 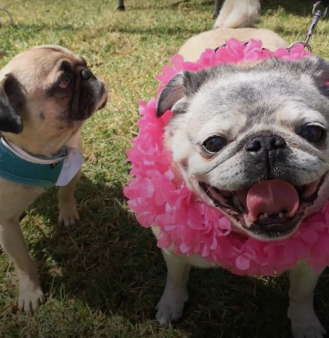 McKenna called out to her friends and family on Facebook, asking if anyone had or knew of anyone that had Pugs and would be willing to come and join them in celebrating Andrew’s birthday. After a Pug rescue group, Pug Nation Rescue of Los Angeles, spread the word of the surprise Pug party, McKenna finally got the responses that she was hoping for.

On May 7, 2017 at Sherman Oaks Park in Sherman Oaks, California, around 80 Pugs turned out to help Andrew celebrate turning 14. Andrew’s reaction to seeing all the Pugs was absolutely priceless! He definitely enjoyed playing with all the Pugs and if the video is anything to go by, the Pugs enjoyed their time at the park with Andrew as well. 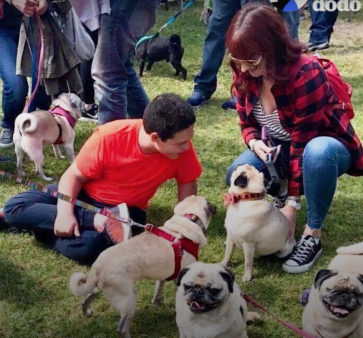 Andrew’s attitude toward his birthday has taken a turn for the better! Now the question I want to ask is this: How will McKenna top this fantastic Pug filled birthday party next year? ☺