I think most of us would agree that dogs are amazing to have in your family. It’s wonderful to come home and see them standing, waiting for you with a wagging tail.

Not only are they loyal, but they also have their own personality. Some of them may be happy-go-lucky but others are going to let you know if they feel as if they’ve been wronged.

Some dogs are a little sassy and they will do what is necessary to make you suffer when they feel it is needed. Some of them may just stare you down when you have been away from home too long or then again, they may get revenge by pooping on your favorite possession. 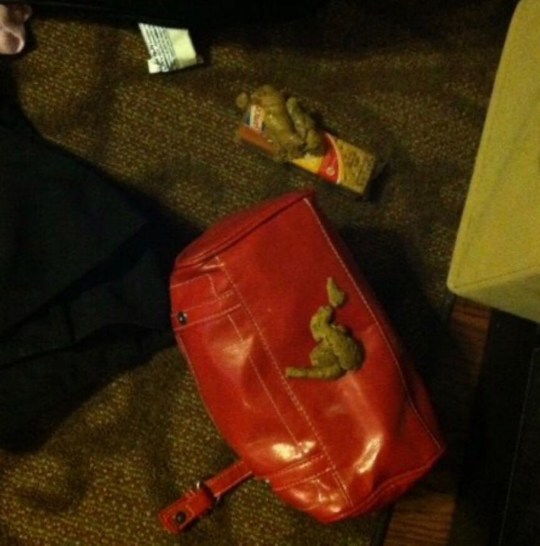 That is exactly what one pug does when he feels as if his human has left him down in some way. That human, Holly Munoz, lives in Kentucky with her seven-year-old dog, Frank. Although Frank is housetrained, he gets back at her by pooping on her stuff.

40-year-old Holly first noticed that he was getting revenge when she came home after a long holiday last year. There was the first sign, a turd in the middle of her pillow.

She was thinking that he may have been doing it because she had left him with a dog sitter and he has confirmed it by continuing the practice another 15 times. This includes relieving himself in her makeup bags, in her shoes and even on a box of crackers. 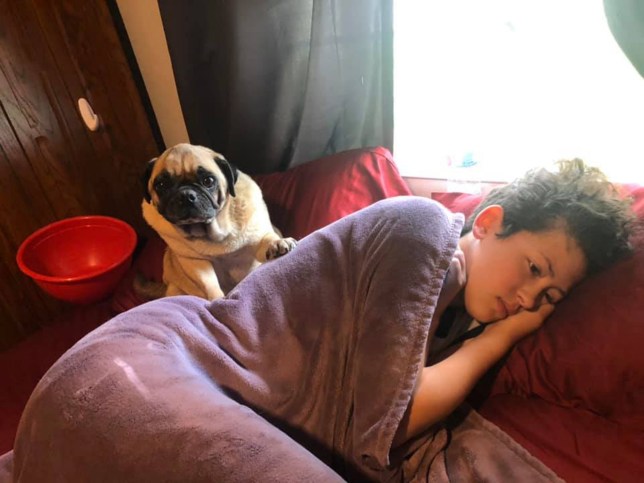 “You name it, Frank’s pooed on it. He has incredible aim. He definitely does it on purpose, he wants to make sure we know he’s angry.

One time, I came back from a trip and he had pooed on my crackers and in my makeup bag. He’s an angry pooer. If we go on vacation then he will poo on something.

My son, Oliver, is his favorite person, they sleep together and they’re attached at the hip – so when he went to a sleepover Frank was annoyed and he pooed in my shoe.

I’ll probably spend the next seven years finding and cleaning up his angry poos.” 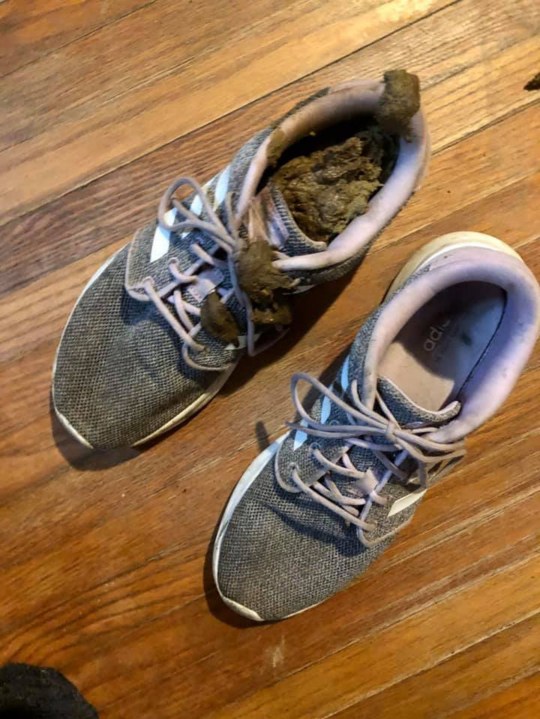 It’s a good thing they have been together long enough to bond before he began this dirty habit.

“I picked him out of a whole litter and made him a part of our family, and you can’t un-family someone just because they poo in your shoe.

We have three other dogs but we know it’s him every time. He doesn’t even have a guilt face, there’s no shame at all.

We foster dogs and we think he’ll do it if he feels slighted or because he wants more attention. But I still love him. He is the most loving dog. He loves the kids and every time they aren’t here he’s beside himself.”